Skip to content
HomeTV and Movies'Loki': Tom Hiddleston Reveals Which Version of Loki We're Going to Get

Tom Hiddleston is all set to return as the God of Mischief in Loki. Fans may remember that his character died in Avengers: Infinity War. So to clear up any confusion, Hiddleston reveals which version of Loki fans will get when the Disney+ series premieres. 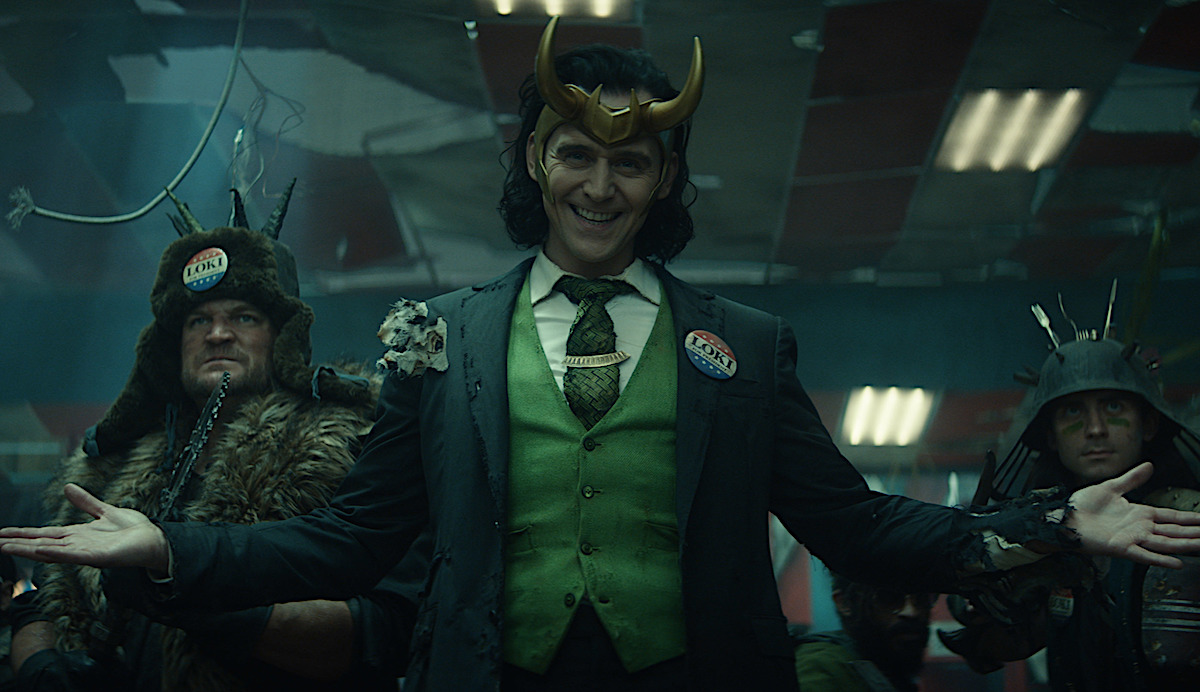 How did Loki die?

After being resurrected a few times, Loki officially bit the dust in Avengers: Infinity War. As Thanos walks through the rubble of Asgard, he chains Thor down, murders Heimdall, and comes upon Loki, who tries to talk him down.

But when Loki attempts to stab him with a dagger, Thanos grabs him by the throat and kills him. Loki’s next appears in Avengers: Endgame when Ant-Man and Tony Stark go back in time and alter the events of The Avengers.

Loki may have died. But according to Hiddleston, the Marvel Cinematic Universe’s new series, Loki, will feature the version of Loki fans saw in The Avengers.

“This Loki is the Loki who lost the battle of New York at the end of the first Avengers film,” the actor revealed in a recent chat with TV Insider. “This is the Loki who went through the story of the first Avengers film, he arrived on Earth, he had the tesseract, was captured by SHIELD and imprisoned — And he invites an alien army to attack the city of Manhattan and is defeated by the assembled Avengers.”

“So this is that Loki,” he added. “He’s been apprehended and is being taken from Stark Tower toward Central Park. But as you see in Avengers: Endgame, the Avengers from 2019 have gone back to 2012 to change things around. And in kind of a mixup — the tesseract rolls to Loki’s feet. He’s the God of Mischief [so] he picks it up and disappears.”

In ‘Loki,’ the God of Mischief won’t be on an arc of redemption

After The Avengers, fans have seen Loki evolve into a slightly more compassionate being. For example, as seen in Thor: Ragnarok, he teams up with Thor to stop their sister, Hela, from taking over Asgard.

But in Loki, fans won’t get the evolved version of the character they’ve grown to know. When talking to TV Insider, Hiddleston noted that the Disney+ series will pick up with the version of Loki, who just tried to invade Earth.

“The audience [does] broadly have a better perspective on Loki than Loki does,” he explained. “The audience has seen the events of The Dark World and Ragnarok and Infinity War and Endgame. And this Loki is a Loki that doesn’t have any of that self-awareness. He hasn’t been on this arc of redemption and catharsis.”

The show will follow Loki as he is captured by the Time Variance Authority and is forced to work with TVA agent Mobius M. Mobius to help catch a killer. But as Hiddleston noted, because Loki hasn’t lived through the same timeline as everyone else, he will feel entirely out of place.

“Upon being apprehended by the TVA, he’s a very confused and destabilized being,” the actor suggested. “He’s out of his comfort zone, [like] a fish out of water, and not happy about it.”