Netflix’s favorite gentleman thief has finally gotten the justice he’s been searching for.

Fans were introduced to the story of Assane Diop in January, when the streamer dropped the first five episodes of its French series, Lupin. The charming protagonist, played by French actor Omar Sy, captured viewers’ hearts as his tragic story slowly unfolded throughout the first installment. A highly intelligent and handsome con man, Assane embarks on a revenge mission for his late father, Babakar (Fargass Assandé).

A Senegalese immigrant who moved to France to make a better life for his son, the elder Diop found work as a driver and butler for the wealthy Pellegrini family. Later, Babakar was framed for stealing an expensive diamond necklace by his employer, Hubert Pellegrini (Hervé Pierre). Gabriel Dumont (Vincent Garanger), a beat cop back then, tricked the single father into signing a confession, knowing he’d get the death penalty. Helpless, Babakar signed the confession and went to prison, where he later killed himself.

Inspired by the adventures of Maurice Leblanc’s principled “gentleman thief” Arsène Lupin, Assane becomes a master criminal in his own right. As an adult, he sets off a string of events to force Hubert to account for his crimes, which soon becomes a race between Assane and the Paris police, headed by Dumont, who is now commissioner. And left tangled in the complex web are Assane’s ex, Claire (Ludivine Sagnier), their son, Raoul (Etan Simon), and Juliette Pellegrini (Clotilde Hesme), Hubert’s daughter and Assane’s former love.

Throughout part one of the first season, the battle of wills between Assane and Hubert escalates to a crescendo with frightening speed. The thief gains a motley crew that includes his childhood friend Benjamin (Antoine Gouy), Youssef Guedira (Soufiane Guerrab), the detective who also has an intense appreciation for Lupin and Fabienne Beriot (Anne Benoît), a journalist who began investigating Hubert years ago but backed down when he destroyed her career.

Hubert sends his main assassin, Leonard, to kill Fabienne and kidnap Raoul, which takes us into the season’s second half. 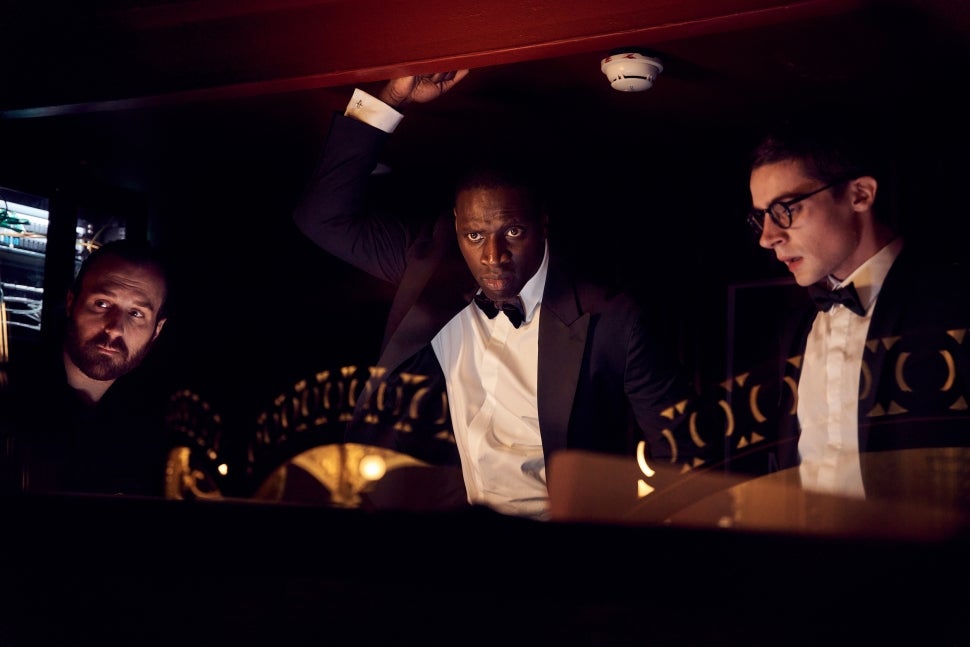 Part 2 follows Assane as he attempts to keep his family safe, evade the ever-obtuse cop, Lieutenant Sofia Belkacem (Shirine Boutella) and remain five steps ahead of everyone else. He hatches a scheme that brings him back into the arms of Juliette — still hung up on him from their affair years ago — and not only brings Hubert to justice for framing his father so he could collect the necklace’s insurance money, but also, for his many crimes since then.

Assane manages to take down Hubert and Dumont, clear his father’s name, see Juliette for the last time, make peace with Claire, say goodbye to Raoul and get away from the hyper-vigilant officers chasing him in the final episode. All to disappear into the night for another grand adventure.

What does this mean for the series? Will there be another installment for our favorite gentleman thief? Although Netflix hasn’t announced a renewal, they have discreetly confirmed Lupin part three is coming.

In May, French journalist Romain Cheyron shared a website using the URL assane-diop.com, which displays a message that reads: “Assane is always one step ahead. Lupin will return for a part three.” Sy confirmed the announcement was real, responding on Twitter, “We can’t hide anything from you. Lupin part 3 is confirmed!”

We can’t hide anything from you. 👀Lupin part 3 is confirmed!

Since Assane has finally taken his revenge, what could the next adventure hold for the master thief? There is still the matter of all those cops being on his case. And we’re sure there are more than enough greedy people who deserve to pay the price for their schemes that his calendar will be pretty full. We’ll just have to wait and see what he stumbles into!

'Shadow and Bone' Renewed for Season 2 on Netflix