Skip to content
HomeTV and MoviesMarlon Wayans: You Know What It Is, Comedians Debut Project From HBO Max Pact, Set For August

A little over a year ago, actor, writer and producer Marlon Wayans struck an overall deal with HBO Max. Included in the pact was a pilot for a show called Book of Marlon. Wayans also signed for a stand-up special and another multi-act special for the service. On Wednesday, details about the stand-up special came into focus.

In Marlon Wayans: You Know What It Is, the comedian will explore his greatest fears onstage. The comedy special debuts Thursday, August 19 on HBO Max. It marks the first project from Wayans’ overall deal with HBO Max.

What is Marlon’s life-long fear? Exactly what you would expect: People with outie belly buttons. Marlon digs deeper to explore other fears as well, such as raising a daughter, dealing with a rebellious teenage son, and probably his greatest fear, the realization that his bad decisions are what tore his family apart. Marlon’s journey towards self-awareness can be encapsulated in the simple phrase… “You know what it is.”

Marlon Wayans: You Know What It Is is produced by Ugly Baby Productions and Dakota Pictures. Wayans, Rick Alvarez, Troy Miller, Michael Rotenberg and Steve Harris serve as executive producers.

See the key art below. 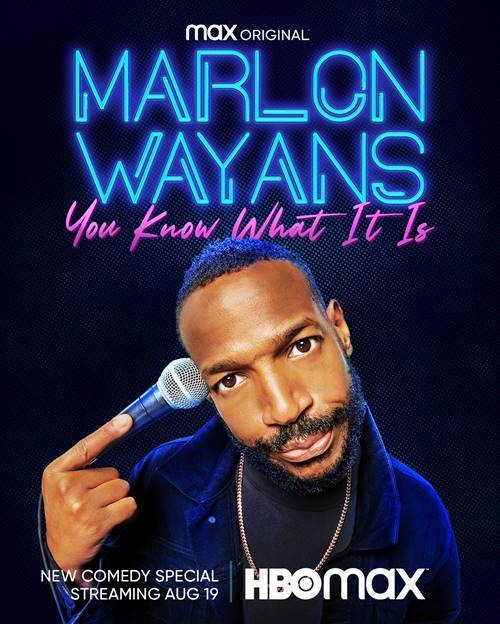