Skip to content
HomeTV and MoviesMartin Lewis shuts down Phillip Schofield over This Morning advice: ‘No you can’t!’

This Morning caller Rebecca revealed her flight to Spain next week was still going ahead however, the hotel she was due to stay in has confirmed it is closed. If Rebecca were to take the flight, she’d find she had nowhere to stay once she landed. She called in to ask Martin Lewis for advice on how to deal with the situation and if she could get a refund. However, as Martin advised her not to travel, Phillip Schofield insisted it wasn’t the flight which was the problem and the pair clashed over the advice they were giving out.

Martin told the viewer: “Look I’m going to be honest, it’s going to be a fight either way and if that holiday is on and they find you an alternative hotel then this inclination to travel is not a reason for you not to go.

“It’s an absolute blooming nightmare at the moment and this was caused by the government doing this indefinite guidance not to travel which means there’s no crystallisation date of when you can’t go.

“They could change their mind the day before if it’s released but we’re going to have to see on Monday what the situation is.”

Wanting clarity for Rebecca, Phillip jumped in: “The issues not necessarily getting there because you know we are looking at the air bridges and people are travelling around a little bit now. 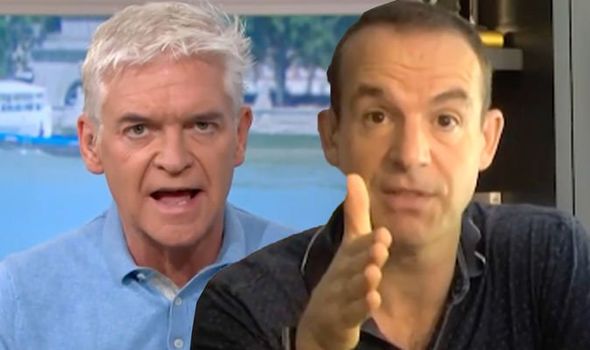 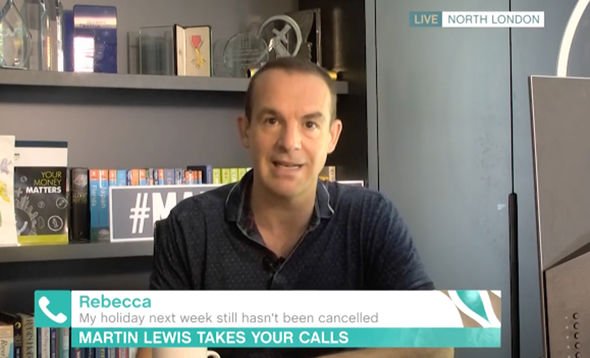 “The issue is the fact that when she gets there…”

He was cut off by Martin who snapped: “No, no, you can’t travel now.”

“You will be able to once…,” Phillip tried to continue before Martin interrupted again. 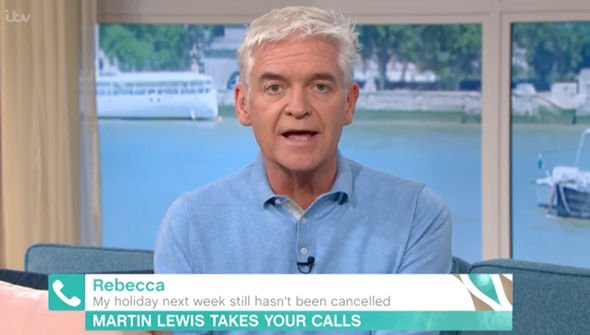 Phillip cut in: “The advice is not to travel but people are travelling.

“I mean, I’ve got an app on my phone here and there’s a flight just arrived from Chicago. So people are traveling backwards and forwards.”

Not impressed, Martin clarified: “Phillip that is a very different issue.

“If you choose to get on a flight, you can get on a flight. The government advises not to, travel insurance would kick in and pay it and you could go to your company and say ‘I want a refund.’

“You don’t have to travel. Once that advice disappears then you not travelling is disinclination.

“It’s a very different situation. I get that people are doing it on their own risk.”

Phillip hit back: “Yeah but my point is Martin, as far as Rebecca is concerned, regardless of whatever travel restrictions there are, whether you should go or what the advice is, all the way through the summer, and it sounds like this hotel made this decision which was lock solid ‘This is our decision,’ that hotel was never open.”

“I agree which is why I’n saying we could sit here and imagine we are in a normal time,” Martin replied. “We’re not.

“Massive huge international travel companies are ignoring the law and not giving refunds.”

Phillip went on to advise the caller to speak to the travel company before her holiday is set to take place next week.

The travel industry is expecting an update on travel restrictions next week.

This Morning airs weekdays on ITV at 10.30am.