The 33-year-old actress plays single mum Erin in the hit Sky comedy and has been busy filming new scenes in Lancashire this month. 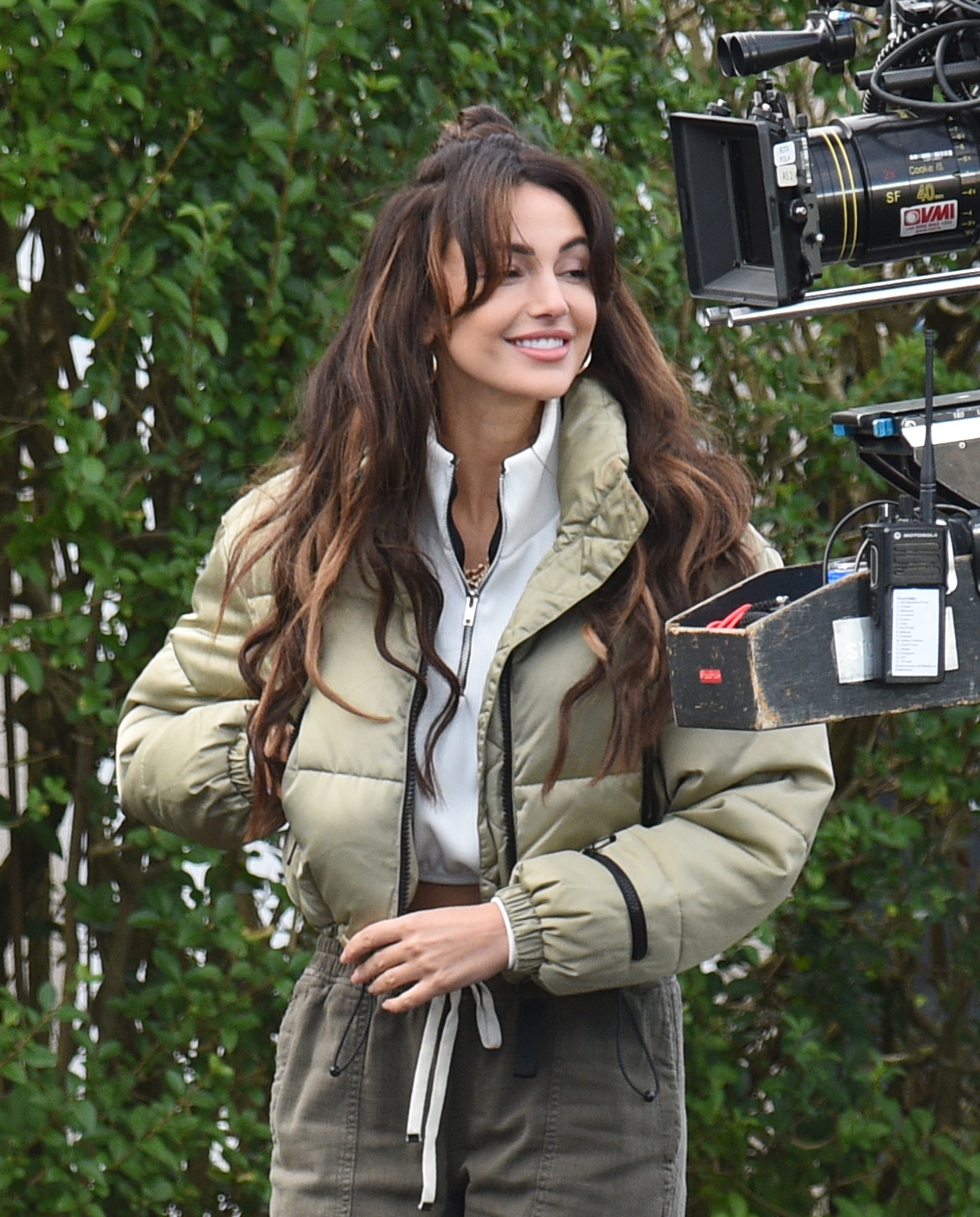 In her latest scenes, Michelle and her co-stars filmed a funeral but shunned the traditional black attire for something a bit more street.

Michelle wore a khaki green bomber jacket, trousers, cream zip up jumper and black chunky boots and in some shots she wore her face mask.

Despite the morbid scenes, Michelle was all smiles between takes, as was co-star Joe Gilgun, who plays Vinnie.

Sporting a statement silver puffer coat, Joe was seen enveloping one of his younger co-stars in a big hug before keeping them entertained between takes. 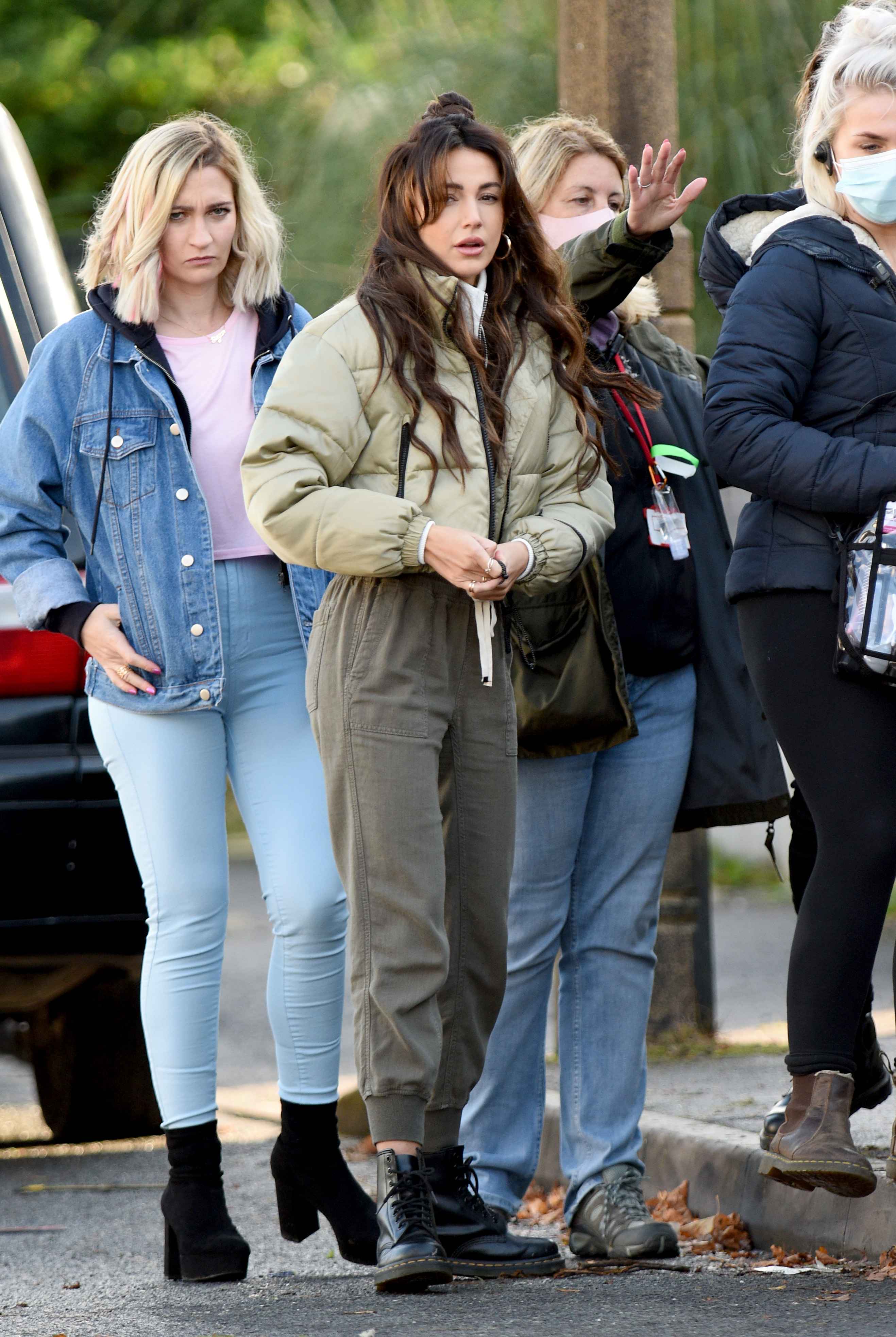 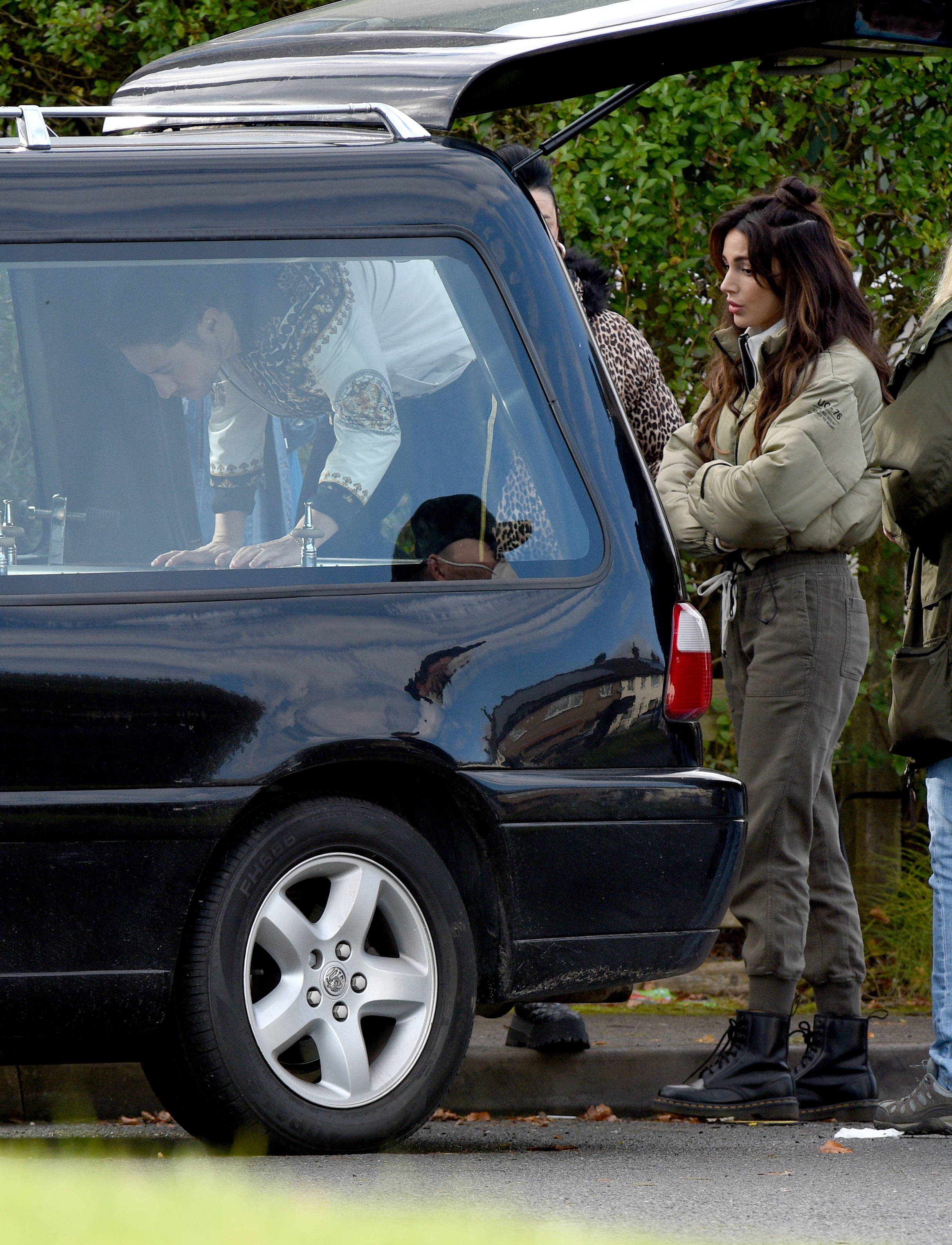 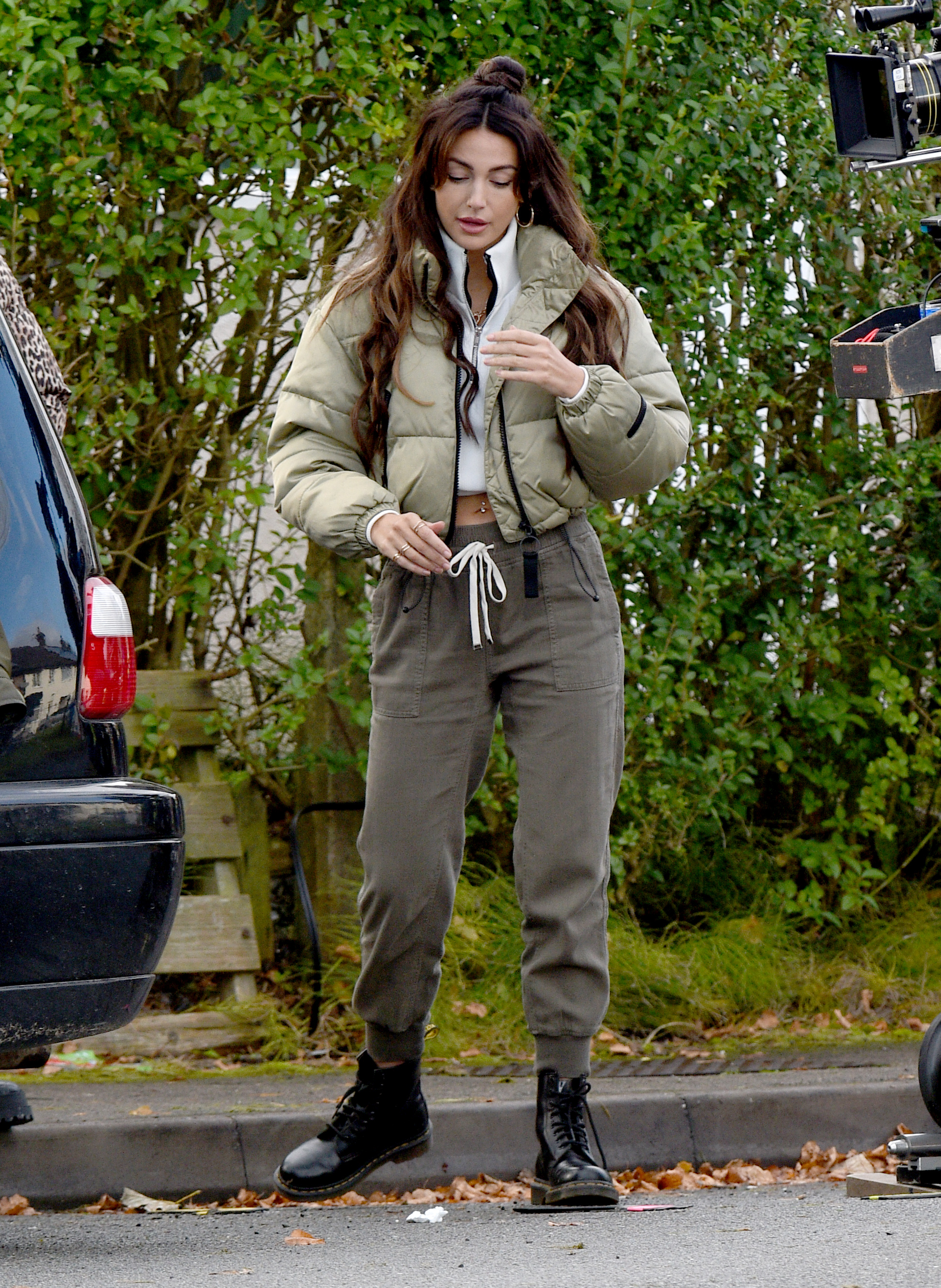 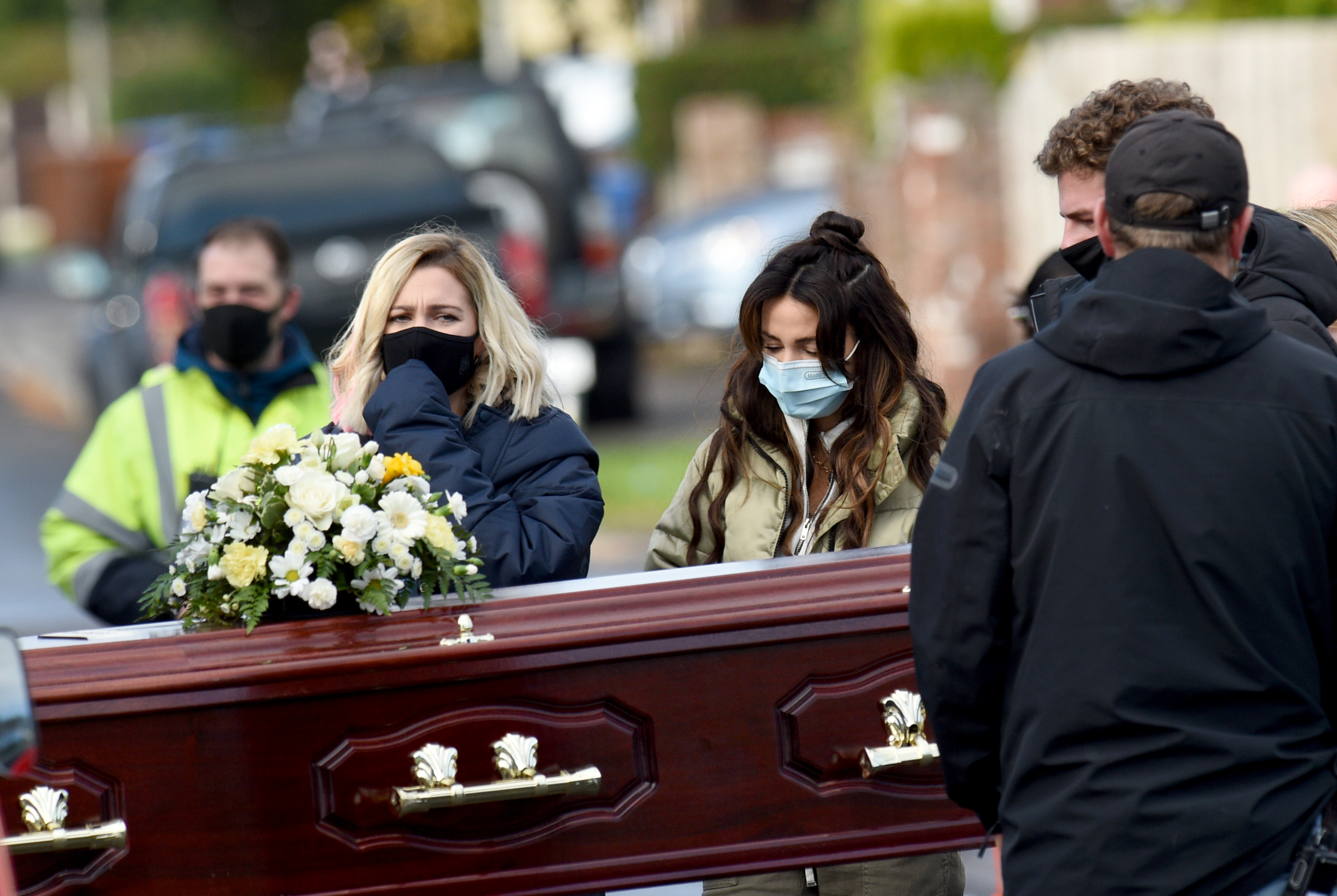 The new pictures come after a grieving mum-of-three slammed the show for digging a fake cemetery plot next to her son's grave.

The show had been given permission by Rossendale Council to shoot at Whitworth Cemetery, however, mum-of-three Tracy Goldie-Auxilly branded the crew a "disgrace" after they dug up ground just feet away from where her son Gareth, 39, had been buried two weeks ago.

Tracy's autistic daughter Chloe had visited Gareth's grave, only to find the crew had dug a plot nearby and were being crass and swearing as she tried to pay her respects to her sibling, who died suddenly on September 11.

In a picture showing the cemetery, two letter wreaths reading 'dad' and 'Gaz' could still be seen on his grave as well as other floral tributes.

Tracy said: "It's a disgrace, you're filming graveyards, a place where you lay people to rest. 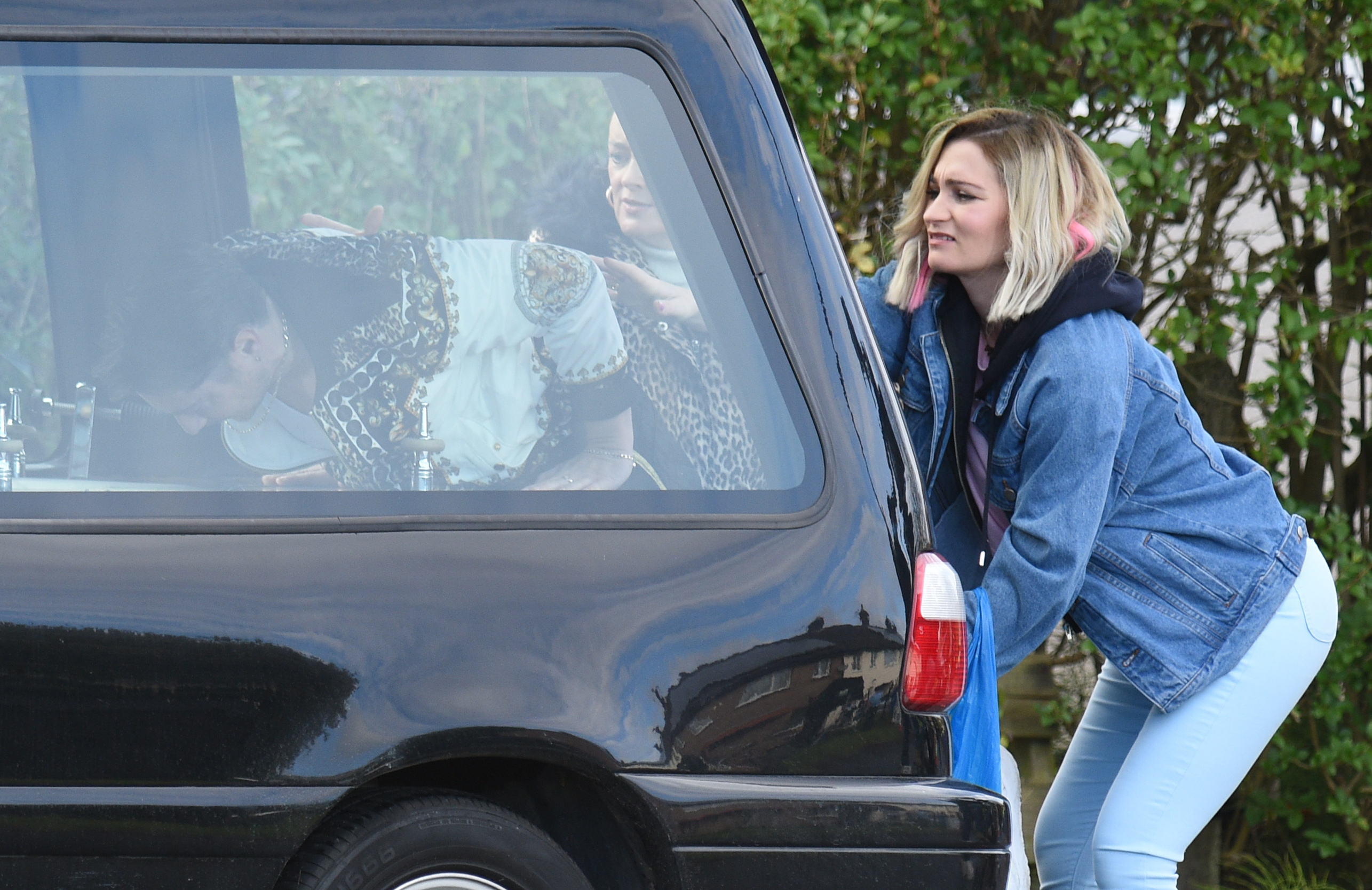 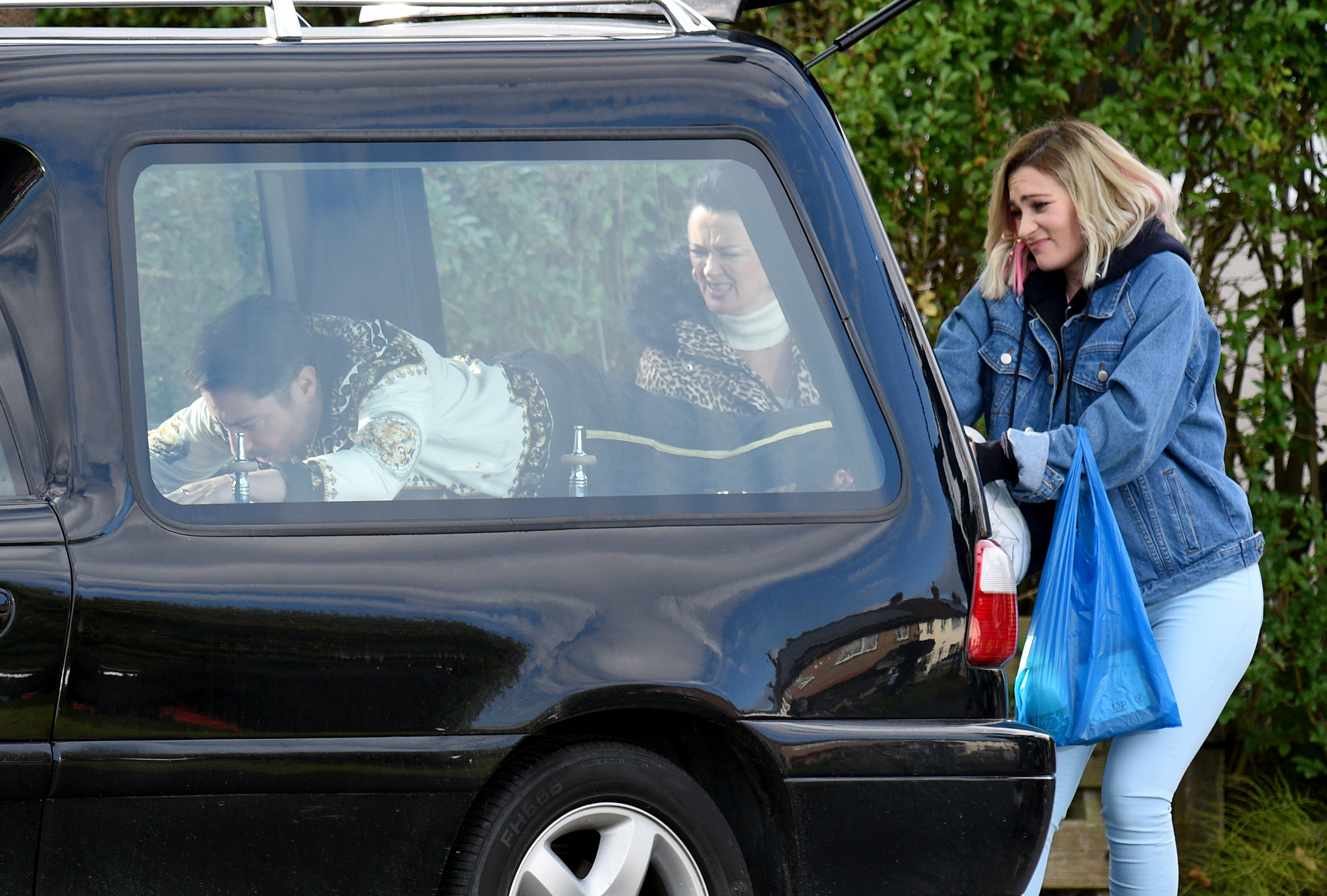 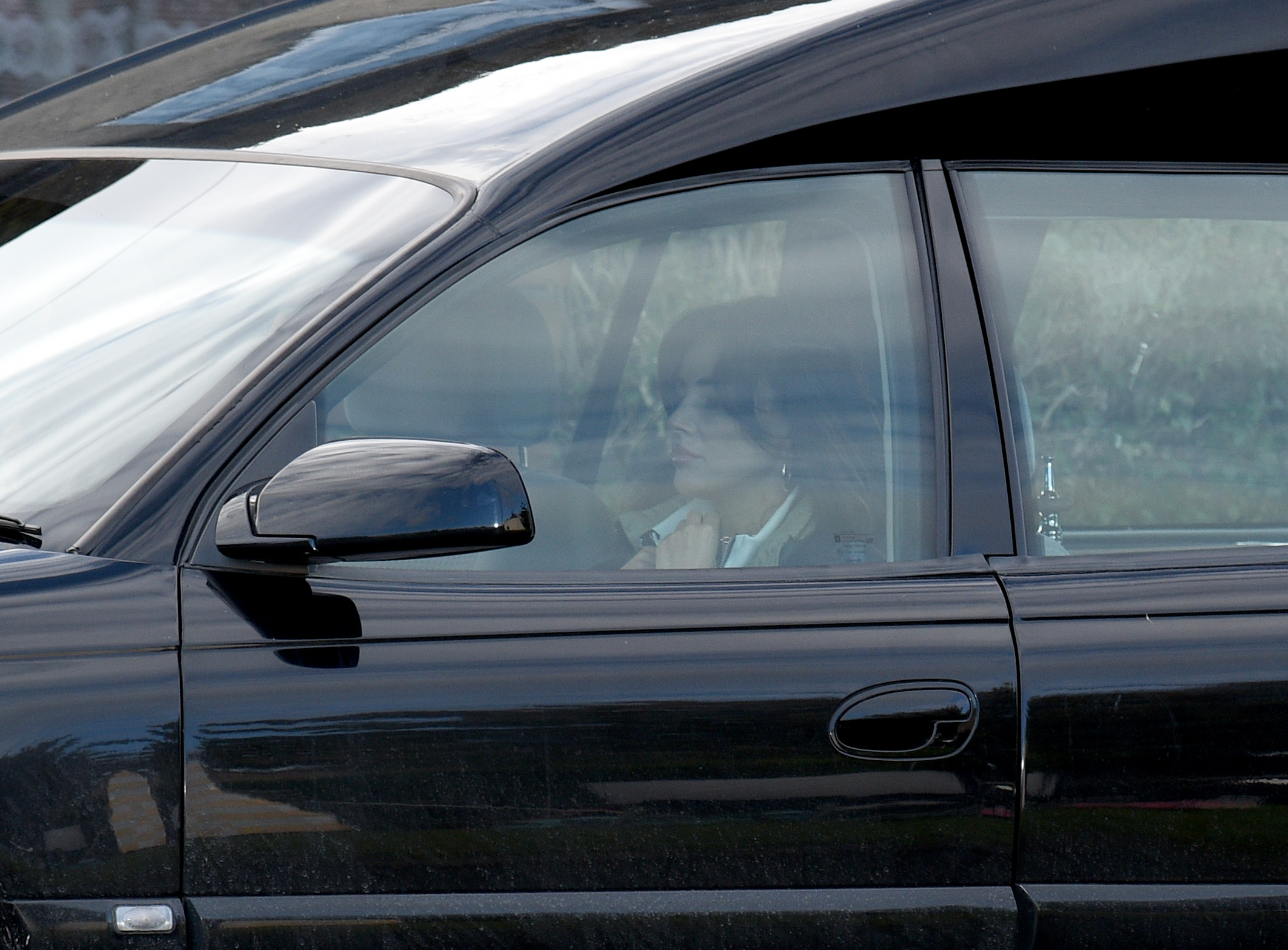 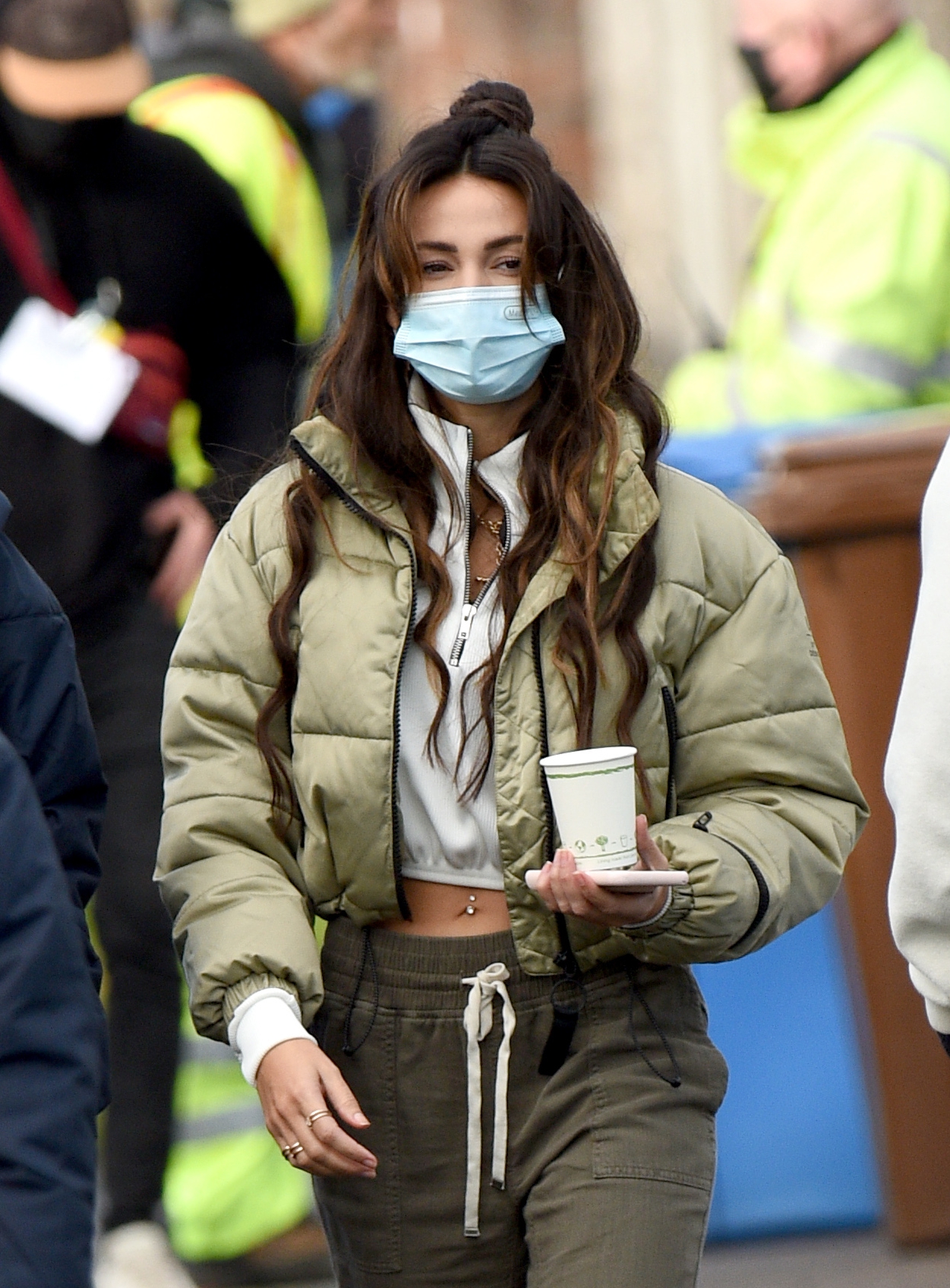 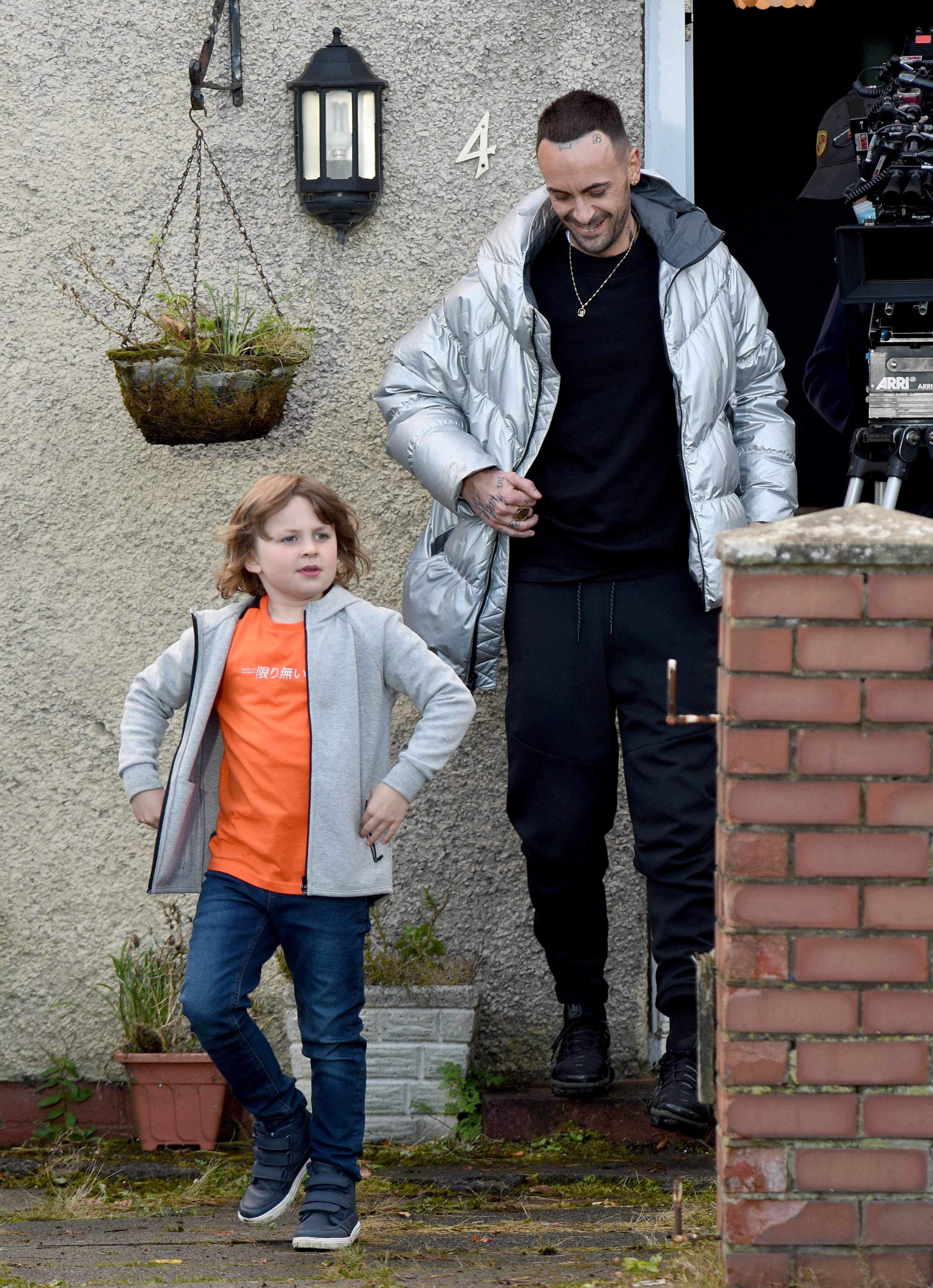 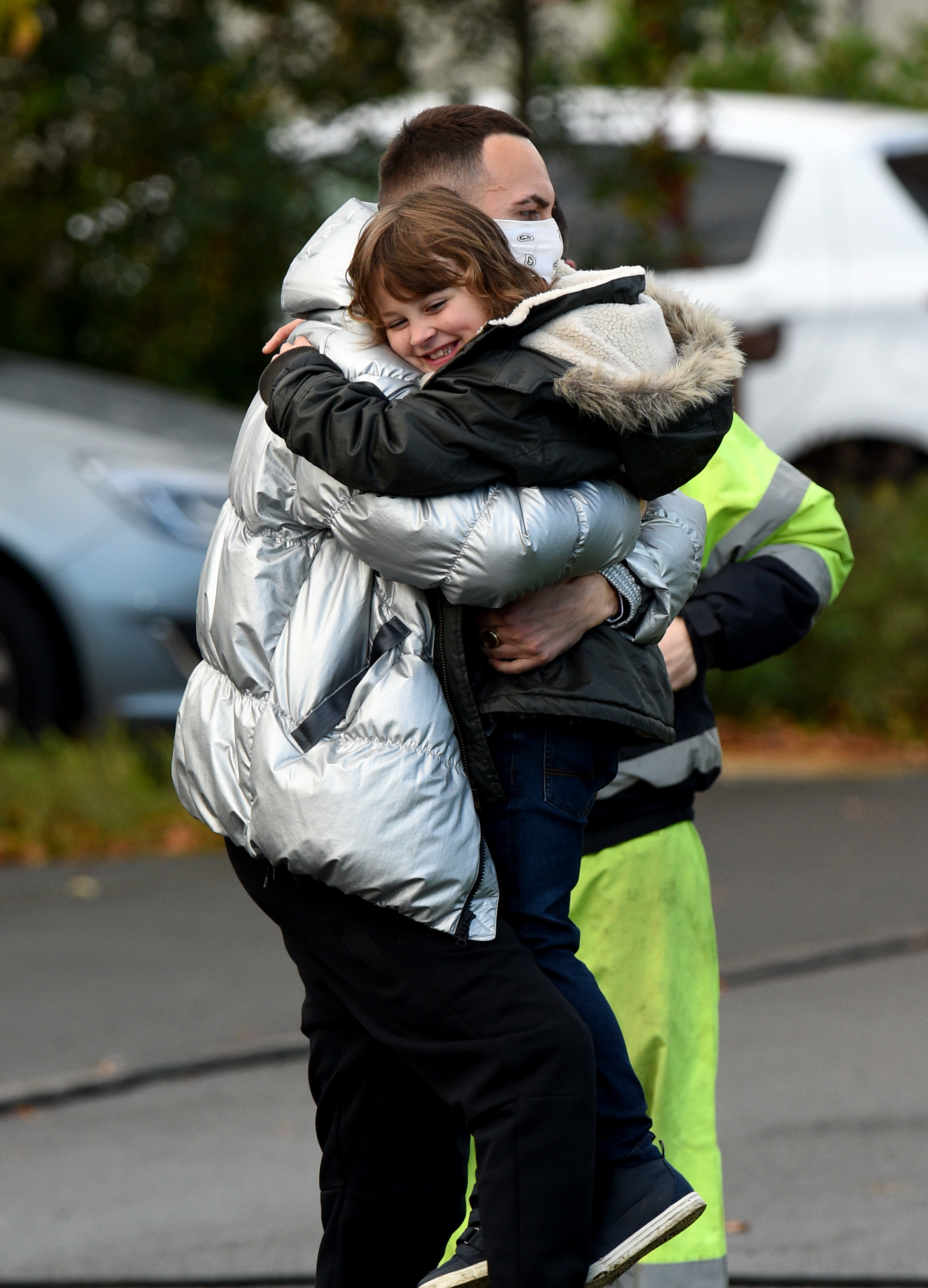 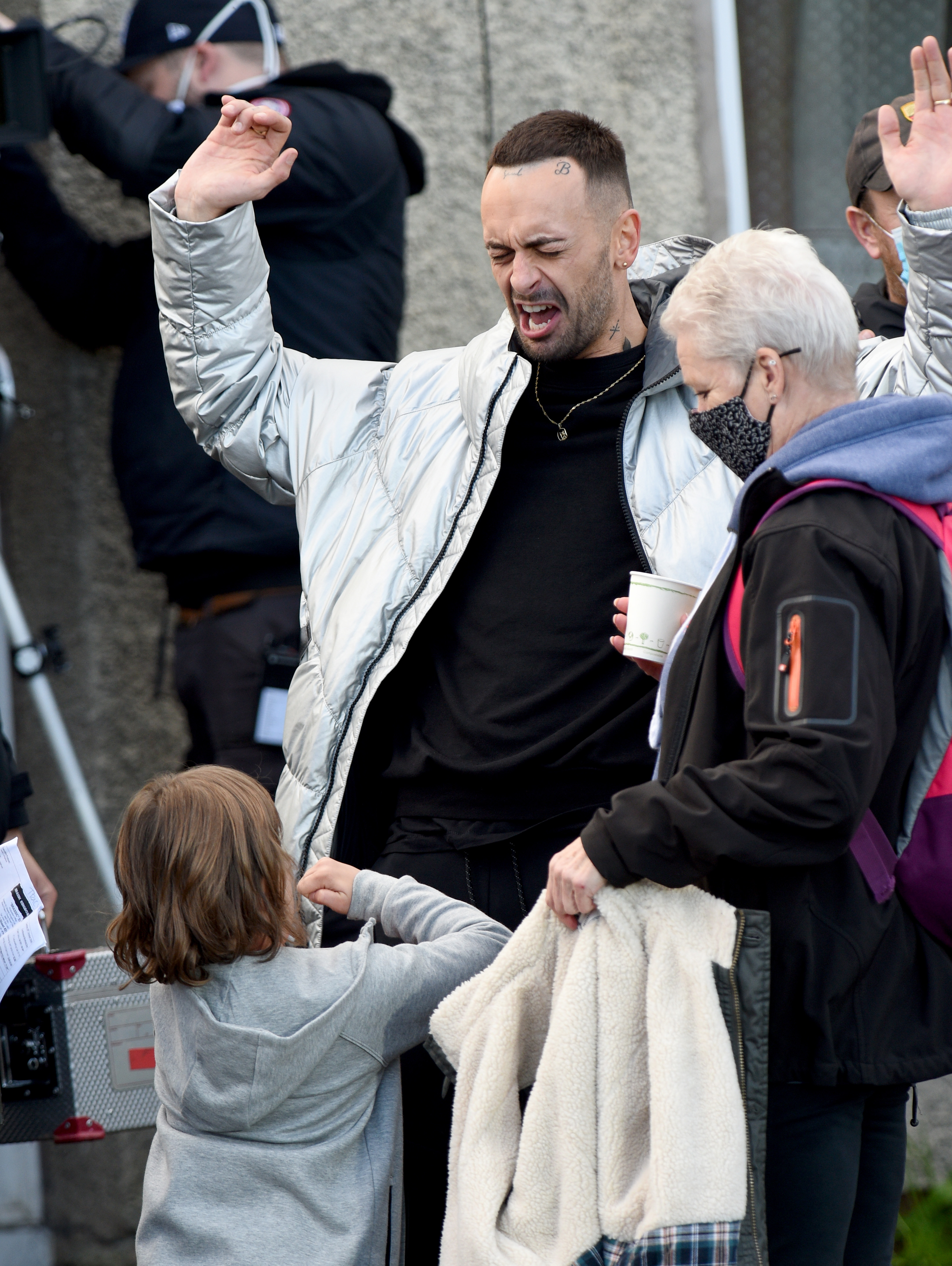 "At the end of the day it's not a playground, the crew could have used a farmer's field with some props, Brassic isn't a serious topic they could have filmed somewhere else.

"I want the council to go away delve into their conscience, what they have done has devastated my family.

"When the film crew got there it was obvious there was a freshly buried body."

The show has subsequently issued an apology to the family for any distress or upset caused, but added signs had been placed around the cemetery and its entrances to warn people filming was taking place.