Skip to content
HomeTV and MoviesMy Family: Zoe Wanamaker reveals why she remained on BBC show for so long

The BBC show originally aired between 2000 and 2011, following the misadventures of the lovable but chaotic Harper family, with matriarch Susan Harper (played by Zoe Wanamaker) at the helm alongside her cynical husband, Ben (Robert Lindsay). Despite the programme calling it a day nearly a decade ago, it recently returned to screens once more to give old and new fans another opportunity to catch-up with the Harpers. Speaking recently to Express.co.uk, Zoe revealed it was the show’s “fun” scripts which kept her on the series.

With the coronavirus continuing to affect TV schedules, one tactic broadcasters have used to keep viewers entertained is to re-run old episodes of much-loved programmes.

My Family – which celebrates its 20th anniversary this year – was put back into its old 8pm slot at the end of April, delivering BBC viewers some much-needed laughs.

Despite this run now finishing, all episodes are available on iPlayer for viewers to reminisce over the beloved sitcom.

The legendary sitcom has gone down as one of the BBC’s best comedic offerings of recent years, despite ending nearly 10 years ago and Zoe recently divulged some of her favourite memories from the show. 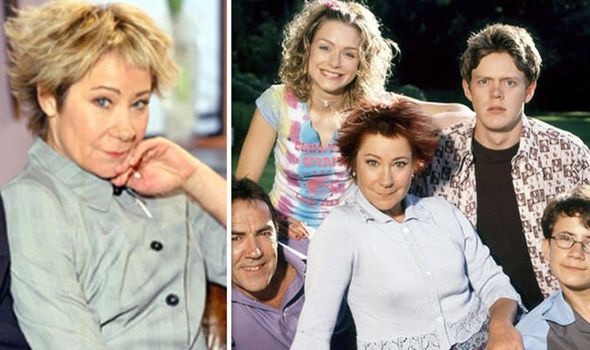 Speaking exclusively to Express.co.uk, the much-loved actress explained why she wanted to remain on the series for so long, crediting one major factor in particular.

“We never got bored with each other at all. It’s always the scrips. The scripts were interesting and good and fun – a delight.

However, the star did note she didn’t love every single episode, adding: “There’s always going to be one or two that I didn’t enjoy, at all, but then that’s you know that’s with every series that you do, there’s bound to be a couple you just don’t enjoy that much.” 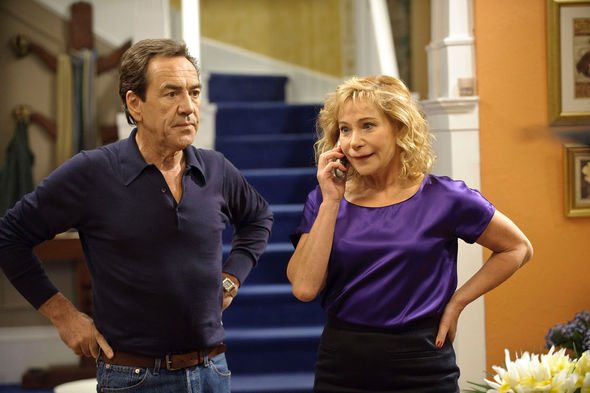 Zoe also revealed getting the part in the show changed her perception of what a sitcom was after she initially believed it meant something entirely different.

She confessed: “But then, the interesting thing is that I’ve never done a sitcom before, I always sort of meant sitting down comedy. When I watched it, they always had people come in the door and then they sit down.

“And so this was much more active and imaginative and each series was different… Yeah, I always changed my hair for each series!”

The programme saw many characters come and go over the years, with Kris Marshall’s dopey-but-loveable Nick bowing out back in 2008.

However, much of the core cast remained the same, with Zoe noting: “The casting was brilliant, I have to say because the chemistry between everybody was delightful and when new people came in, it was always good fun.”

She also explained more about the “fast” process behind the series which saw the cast go from script to screen in less than a week.

Zoe added: “It was fast… not as fast as in America but you got a script on Friday, you got changes on Saturday, then you rehearse on Monday, Tuesday, Wednesday, with rewrites and run-throughs.

“On Wednesday, we would do a pre-record with scenes that we couldn’t have an audience for because the set wasn’t big enough for.”

She continued: “On Thursday we would do a run-through with it with the stuff that we’ve pre-recorded and then, then we’d have an audience, to hear reaction, it’s the theatre. “When you can feel and hear and smell, an audience when they don’t find anything funny or when they do!”

Although the re-runs of the series have delighted fans, the cast members have previously ruled out a reunion, owing to how much older the stars are compared to when the show began.

When previously quizzed over a possible return, Robert Lindsay told Digital Spy: “Oh no! No, no, no, no. That’s gone now. The kids are 45! When the kids kinda went like that you went, ‘Oh…'”

All series of My Family are available on BBC iPlayer