Skip to content
HomeTV and MoviesMy ideal man is a cross between Lewis Capaldi and Mr Blobby, says I’m A Celeb star Jorgie Porter – The Sun

JORGIE Porter is looking for love – and says her dream man is a cross between podgy pop singer Lewis Capaldi and TV’s Mr Blobby.

But the former I’m A Celebrity beauty could be waiting some time, as she reveals: “Nobody ever asks me out.” 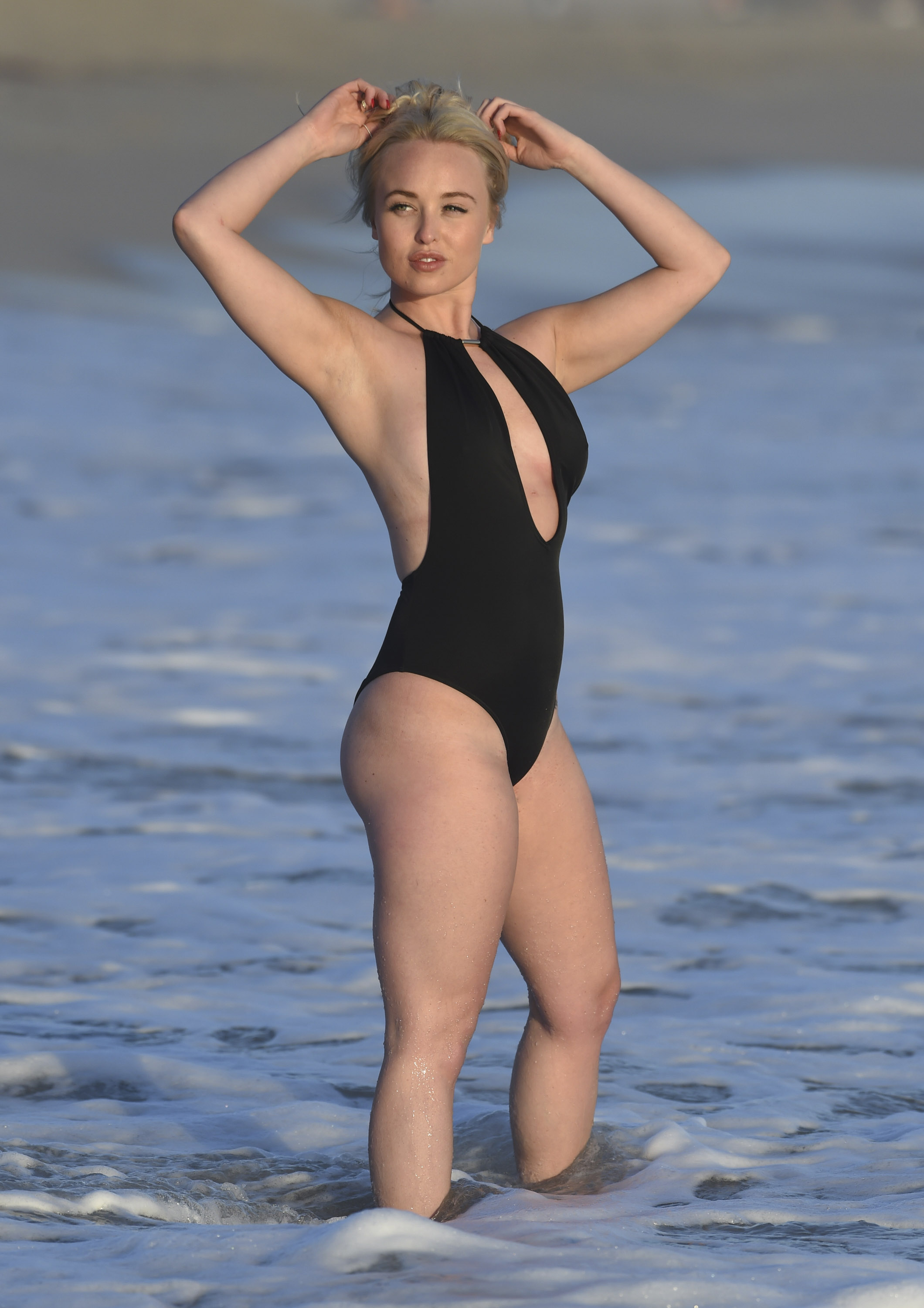 Jorgie, 32, said: “I might look like a sex kitten in photos but that doesn’t match my choice in men.

“When I have dated in the past, people have often been surprised that the way I look doesn’t match my personality.”

Explaining why she is attracted to 23-year-old Lewis, who won two Brit awards last month, Jorgie says: “I like to be laughed into bed and he is really funny. If he sang to me I don’t know what I’d do.

“My ideal man would have Lewis Capaldi’s sense of humour and Mr Blobby’s personality, because he’d be really naughty on a night out. 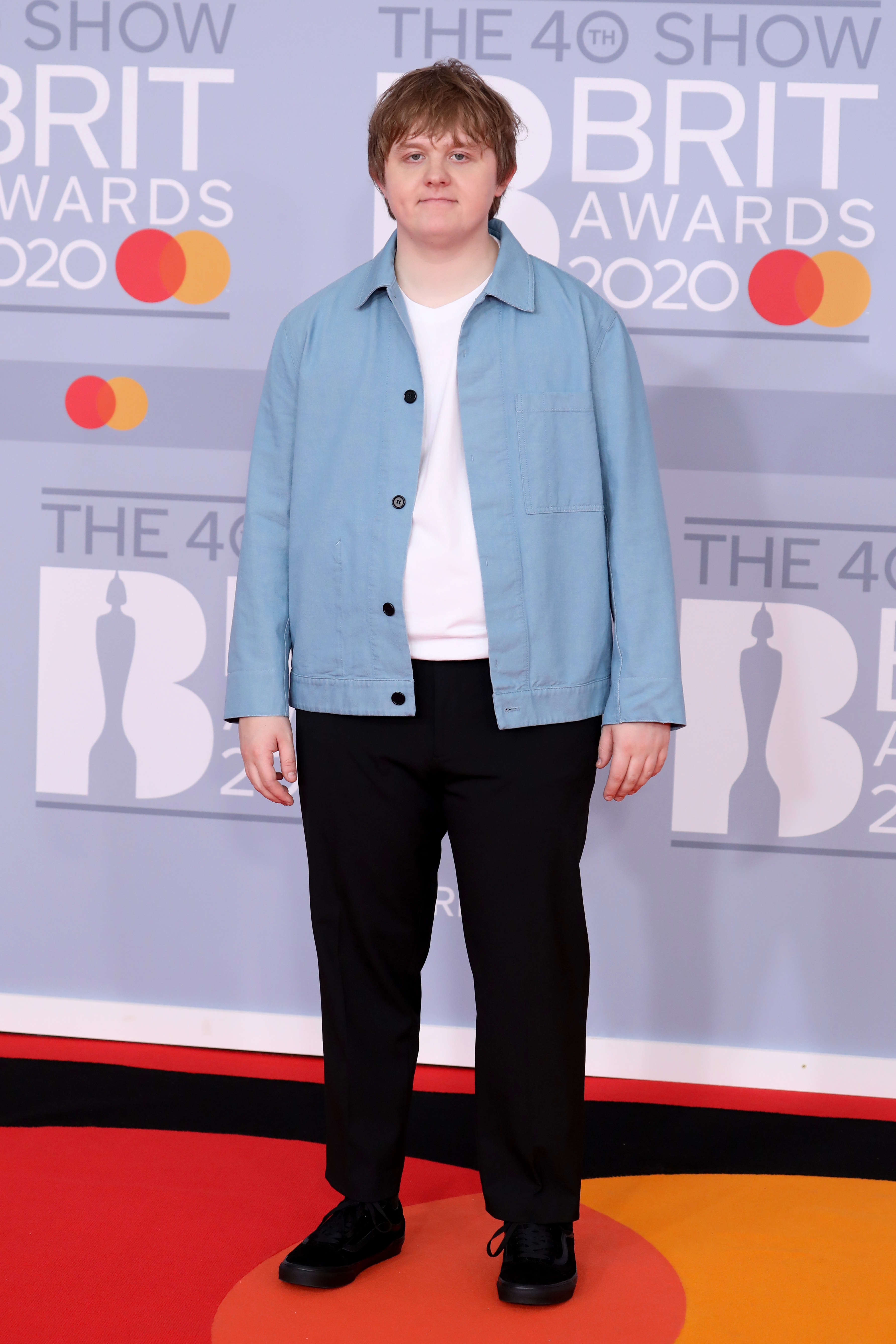 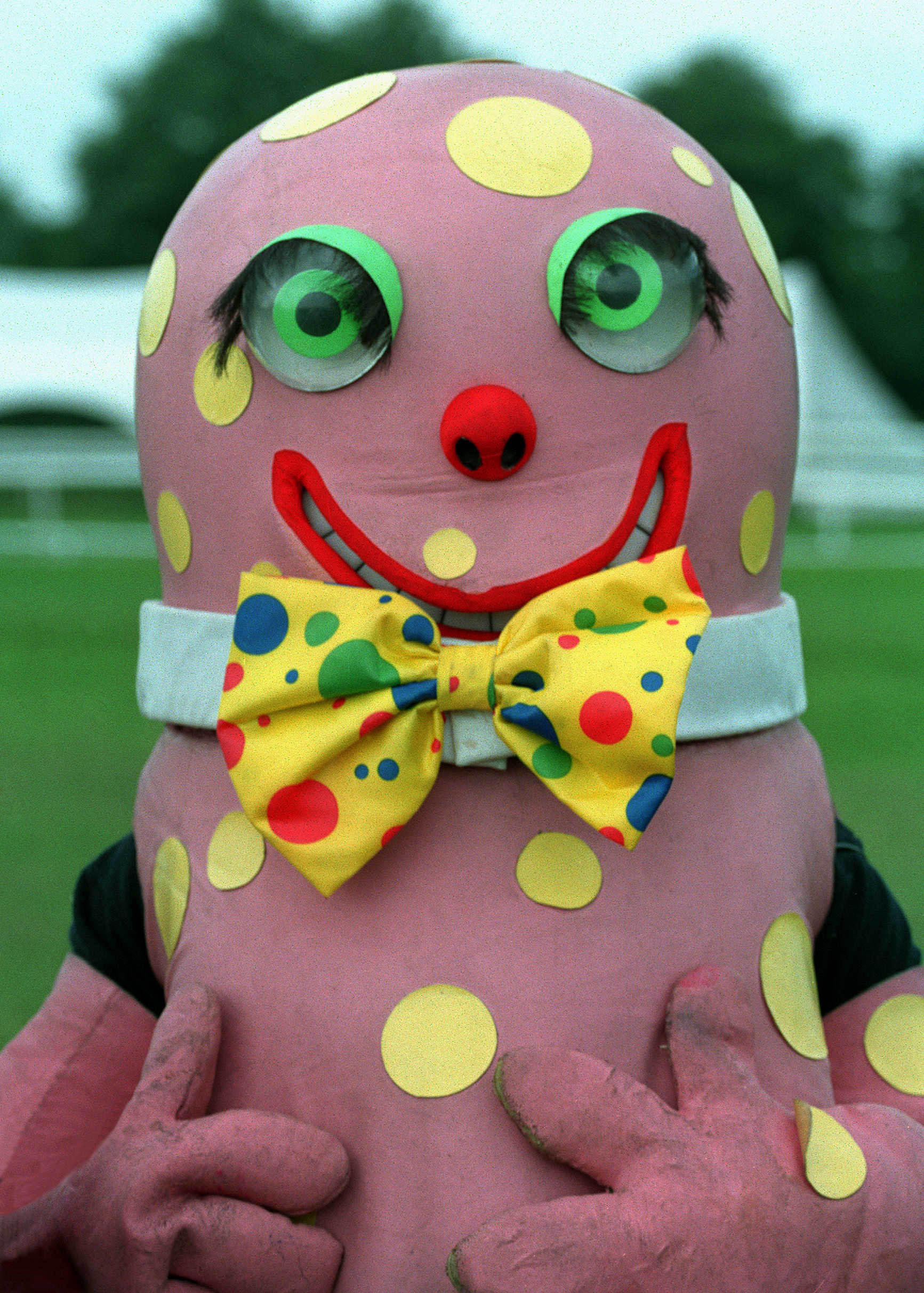 “I like a guy with a job, someone who is romantic — and I don’t mind someone a little bit cheesy.

“I’m into geeky men, guys who like to go ­bowling, play chess and watch documentaries.

“And I know people might be shocked to hear this but nobody ever asks me out.”

Jorgie, who is hosting the podcast Loose Lips with 2018 Love Island contestant Samira Mighty, has had a self-imposed spell out of the spotlight after a string of appearances on reality TV shows. 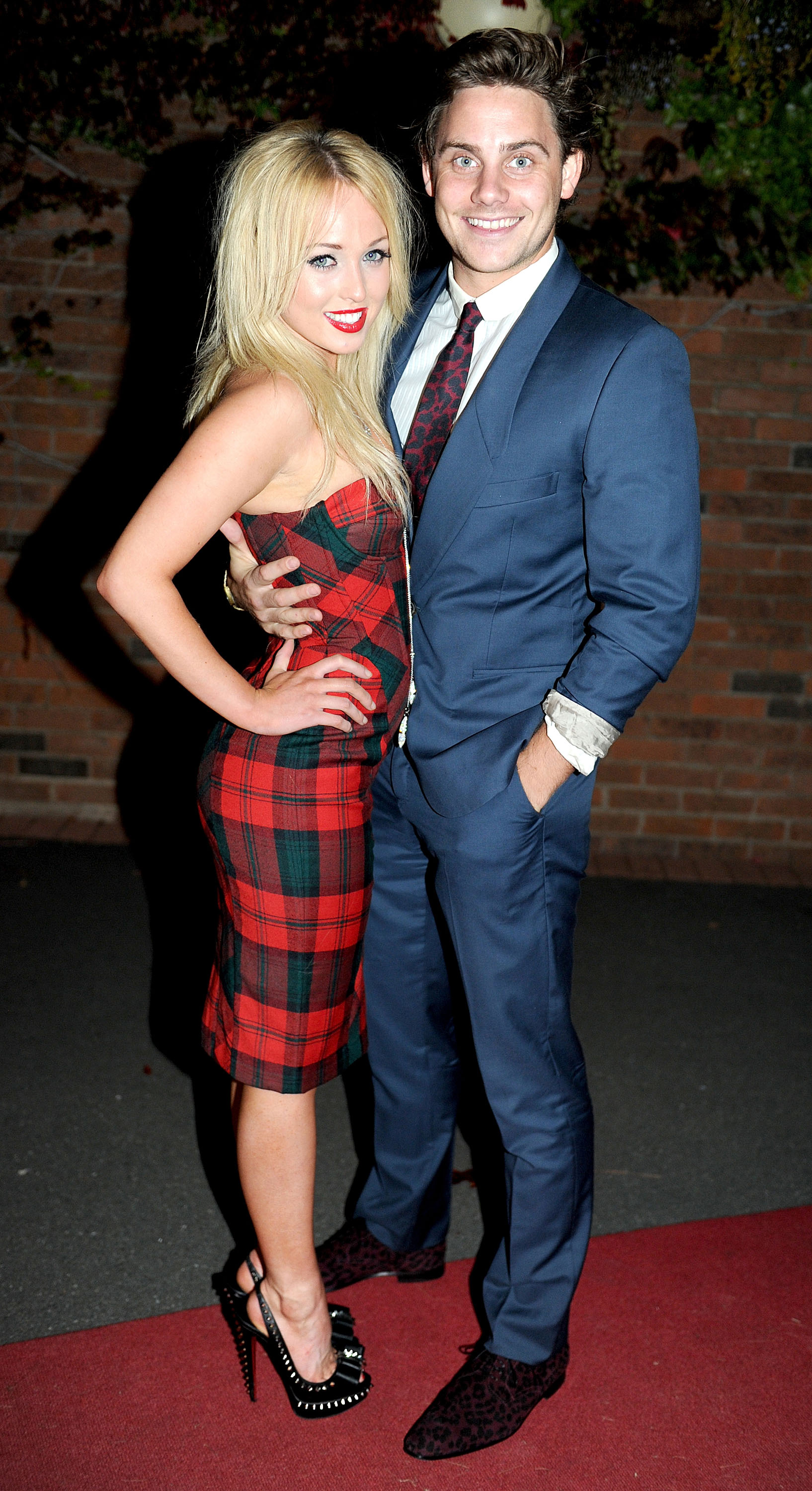 In an exclusive interview, the ­former Hollyoaks actress revealed how friends deleted her Tinder account and told how she would never go on I’m A Celeb again because she found it too stressful.

Jorgie shot to fame in 2008 as cheeky Theresa McQueen on Channel 4 soap Hollyoaks before appearing on ­Dancing On Ice in 2014 and I’m A Celebrity a year later.

But she is not in a hurry to head back to the jungle after her stint alongside Spandau Ballet singer Tony ­Hadley and other celebs.

She said: “It was quite stressful. I liked Tony but he just got up every morning and started singing – ‘Good morning kids, Gold!’ 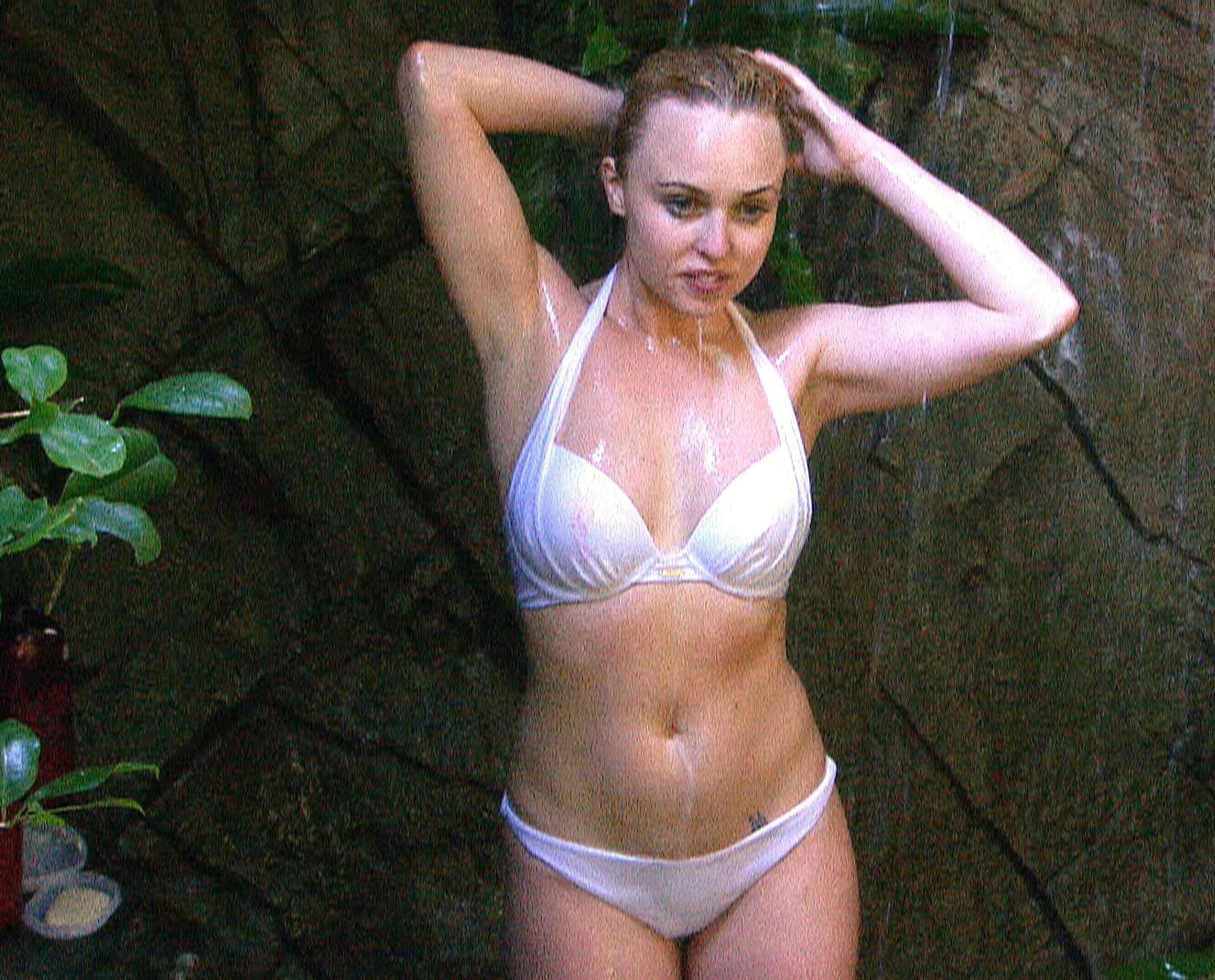 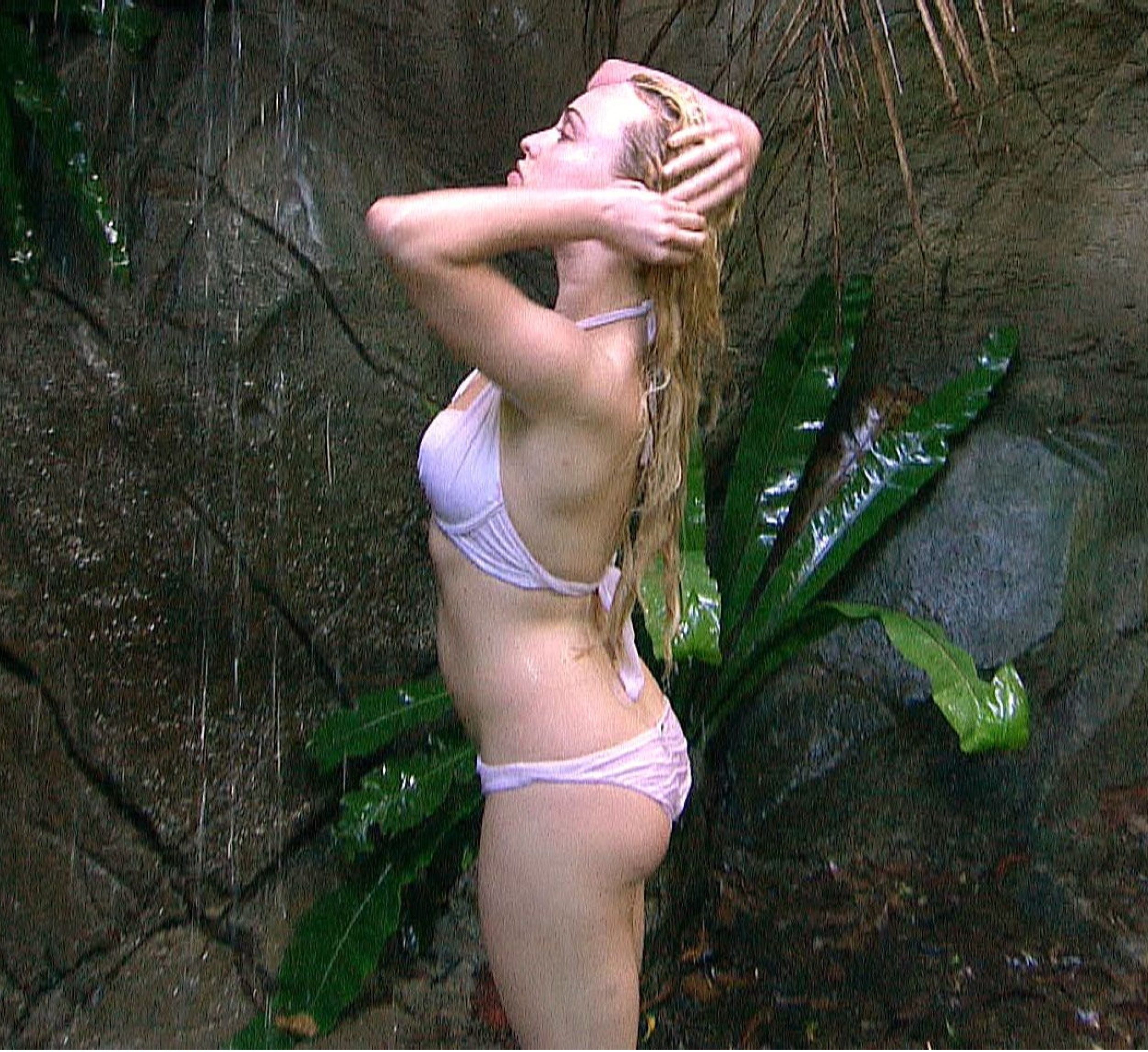 “It was insane — there were no ­boring parts. But if they asked me to do it again? No. It was hard.

“I don’t understand people that go, ‘I would do that again’. No, you wouldn’t.”

‘I’M ONE OF THE MOST IMMATURE PEOPLE’

After leaving the TV jungle, Jorgie discovered that a clip of her showering in the show while wearing a white bikini had been watched 1.5million times — earning her a new army of fans. 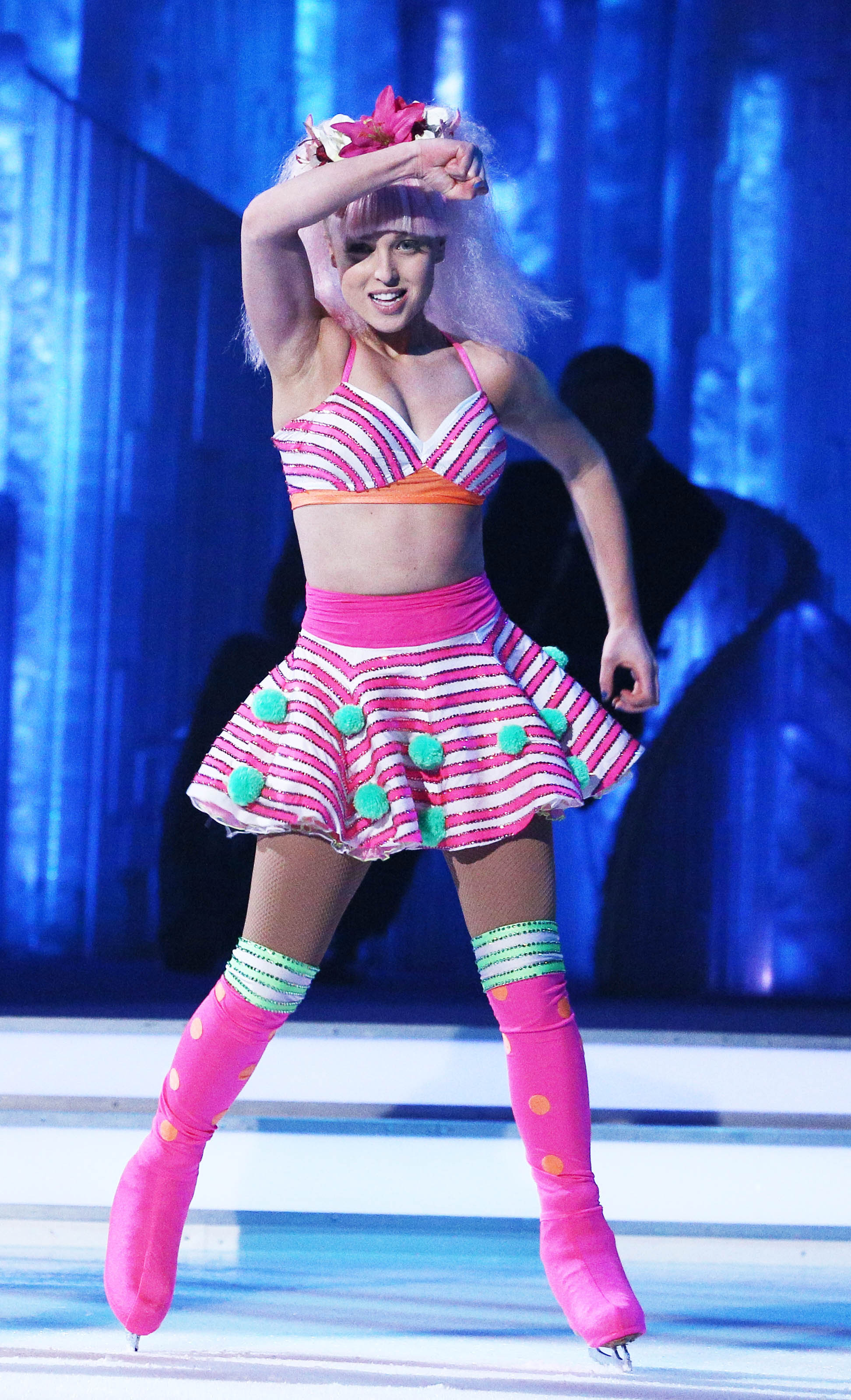 Jorgie, who was dating fellow Hollyoaks actor James Atherton from 2011 to 2014, is enjoying a break from dating. She said: “I love being single. I think about when I was in a ­relationship, that thought of having to text them saying, ‘I’m home, I’m safe’, or, ‘What are you up to?’

“I’m just enjoying hanging out with myself right now.

“I’ve got all my friends and I can see them whenever I want.

“I don’t have to answer to anyone and I’m having the best time. 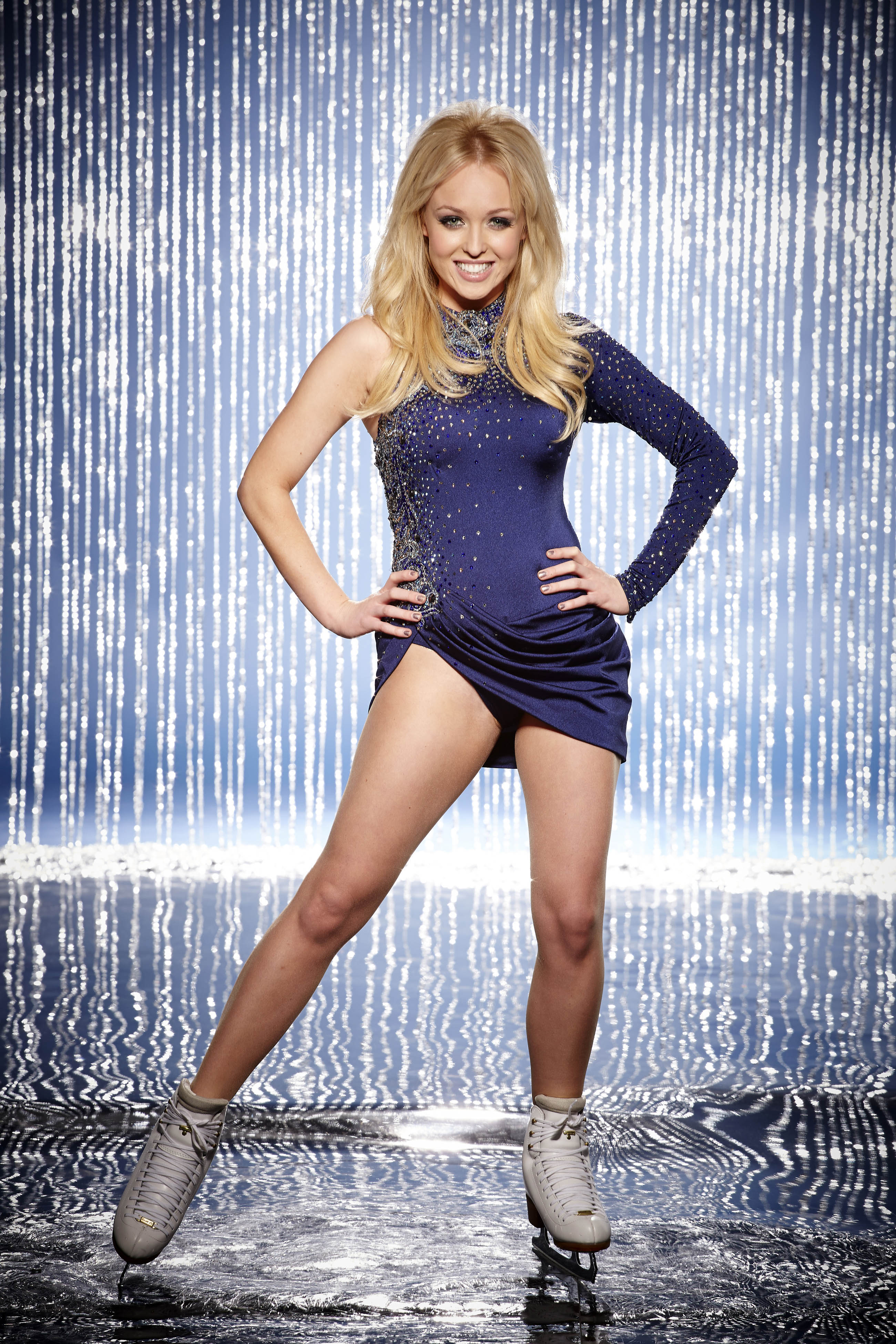 “It doesn’t bother me if people think I’m unlucky in love.

“Someone once called me the Kylie ­Minogue of our generation, which I thought was actually a ­compliment. And how can I be unlucky when I’m actually happy being single?

“There are times when I miss the cuddles and having presents bought for me and meals cooked for me but there’s plenty of time for a man.

“I’m glad I’ve not settled down at a young age, married, got divorced and had to deal with the heartbreak. 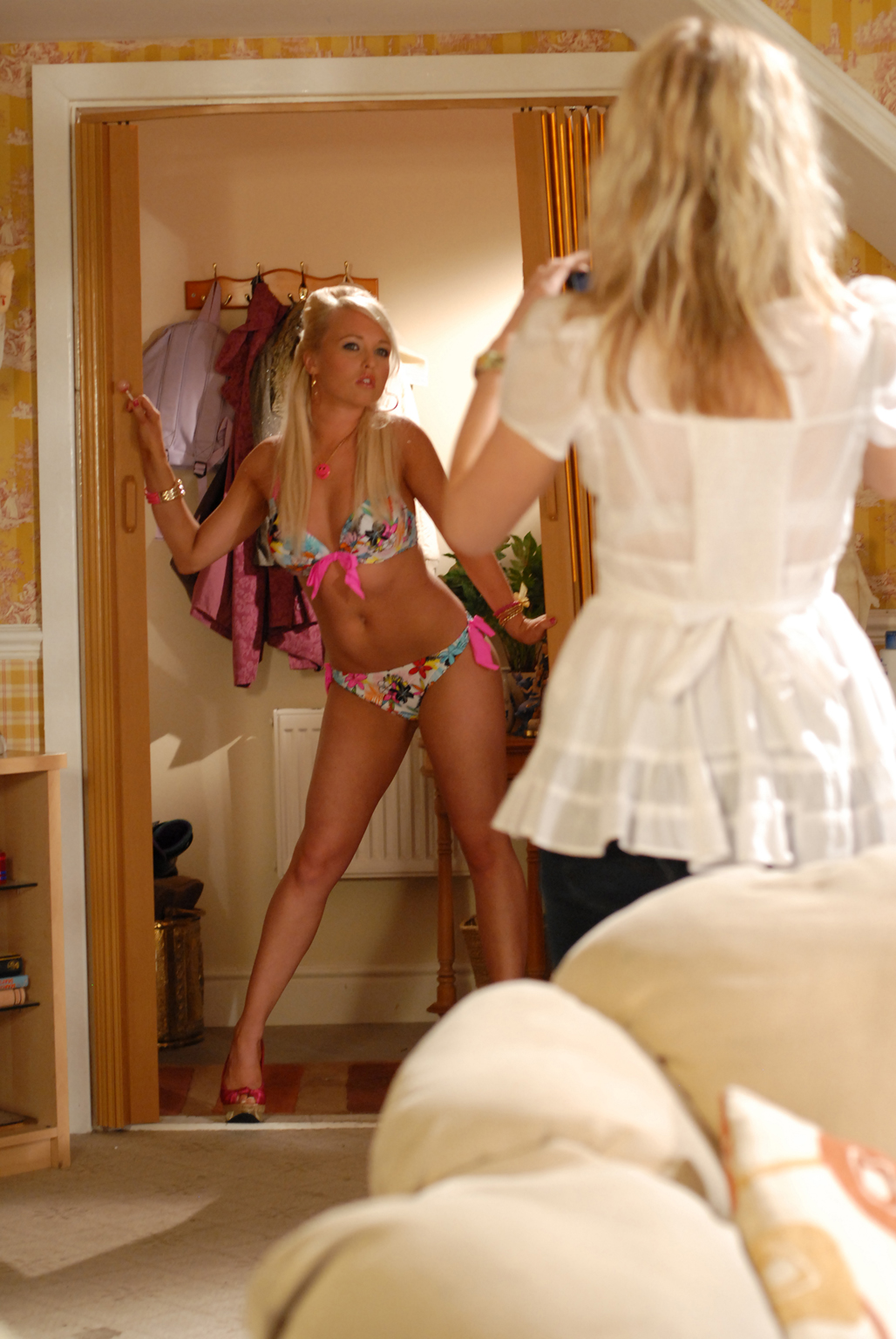 “And to be honest I’m probably one of the most immature people you’ll ever meet — but I love that.

Apart from a good sense of humour, what else does she look for in a man?

Jorgie says: “I’m quite old-fashioned and I like to be chased. I don’t like guys to be too preened. When they pluck their eyebrows, that’s a step too far. I don’t like all this manscaping stuff. I like them to be a bit rougher, but not so rough that they don’t wash! 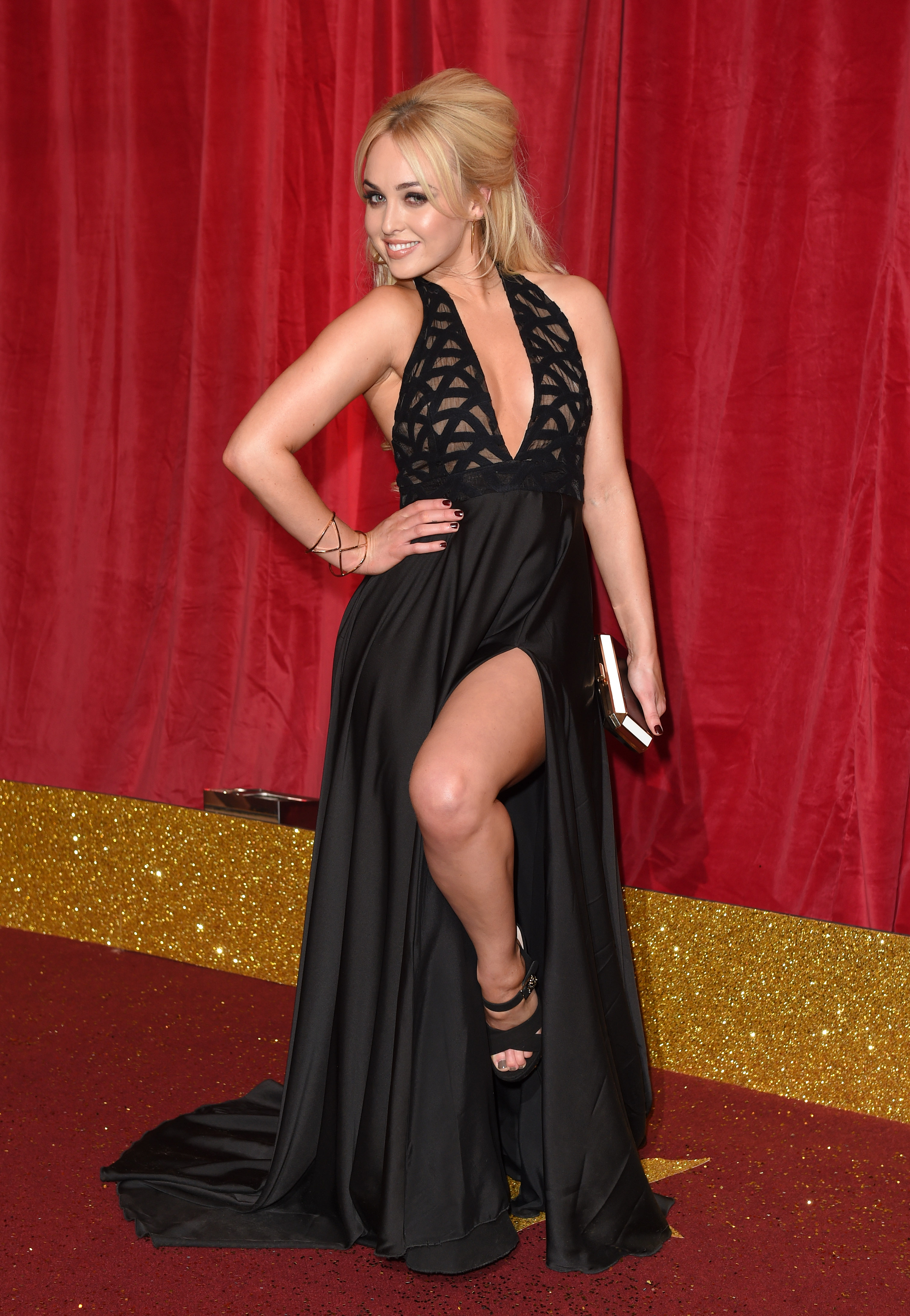 “They would have to brush their teeth regularly but I’d be OK with them wearing the same outfit two days in a row.”

‘MOST OF THE GUYS ON TINDER WERE CATFISHY’

Jorgie’s recent dating adventures have been hampered by her own celebrity, with an attempt at ­finding love on Tinder ending in disaster.

Her mates cancelled her account, thinking it had been set up by a fan.

The experience was similar to that of ­Hollywood star Sharon Stone, whose profile on dating app Bumble was deleted as it was thought to be fake. Jorgie said: “I got Sharon Stoned on Tinder. No one believed it was me. 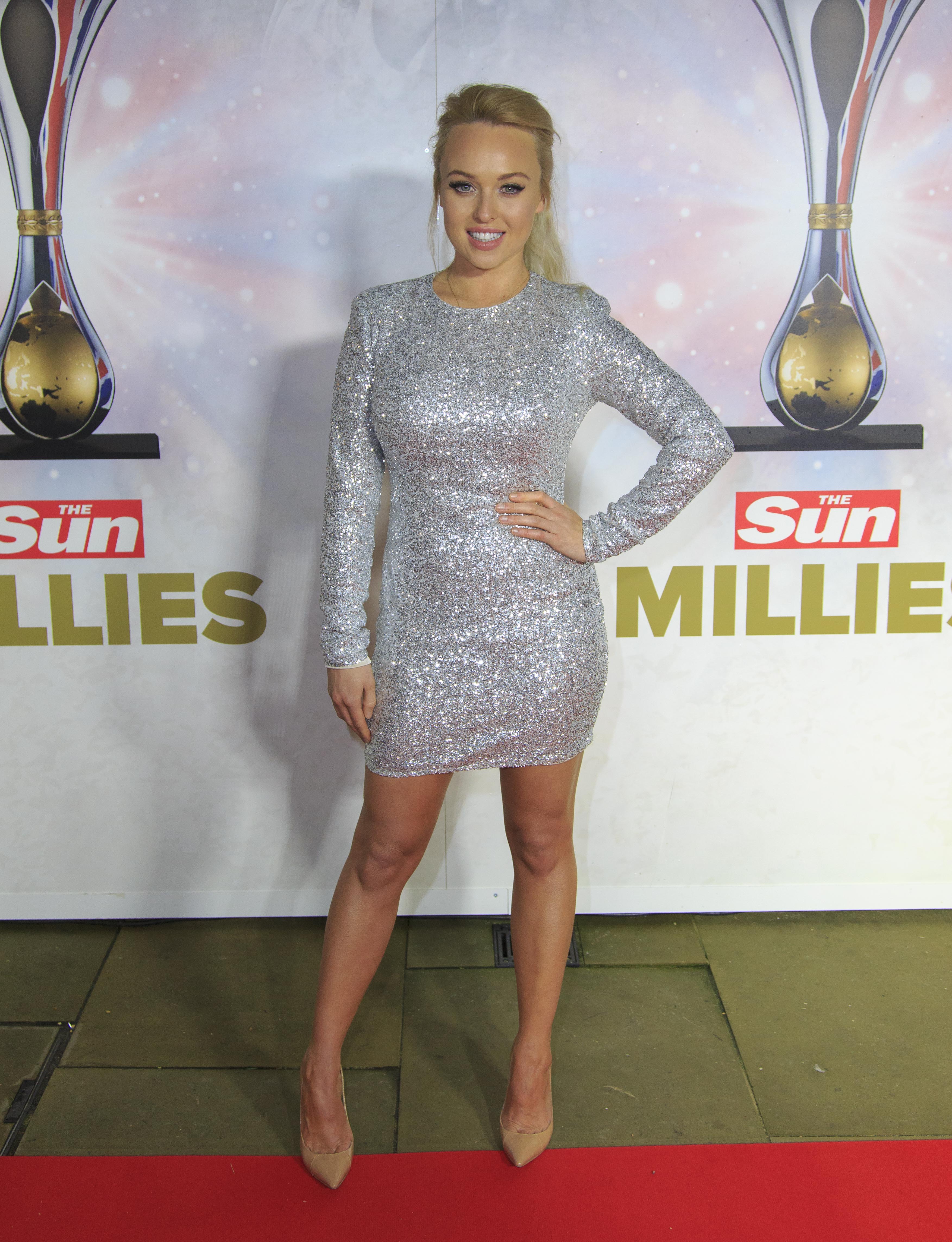 “People were messaging me going, ‘There’s a fake of you on Tinder. But don’t worry, we’ve reported it and we’ve cancelled it’.

“I didn’t get any dates and most of the people getting in touch were a bit catfishy, which was weird.”

Another big downside to looking for love online is the avalanche of nude photos Jorgie received from men. 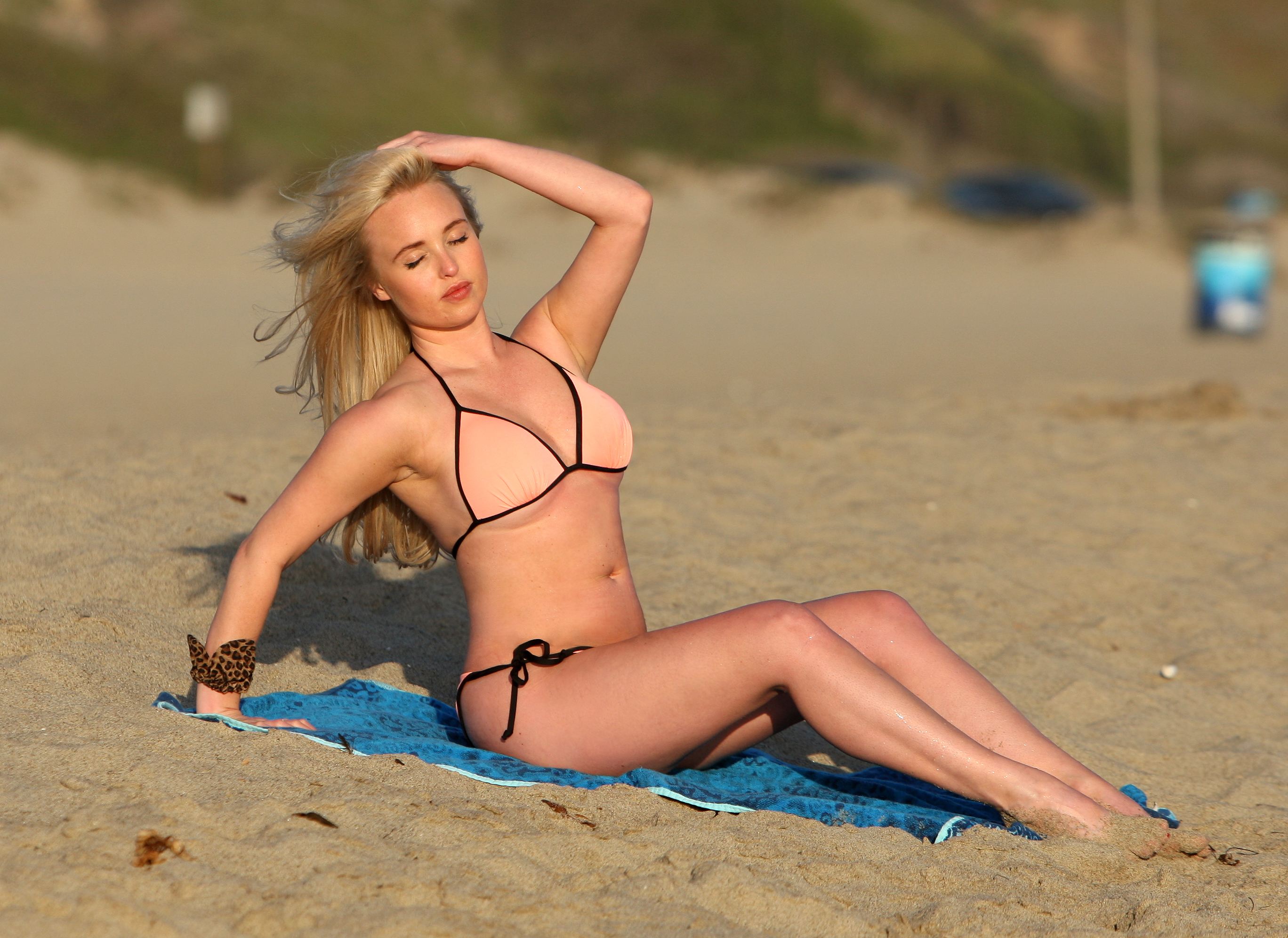 She said: “Why would anyone want that? There’s no way, ever, that would ever attract me to say, ‘Thanks for the d**k pic. Let’s meet on Thursday at this restaurant’.

“And it can be really embarrassing if you open the pictures in public. I’ve been in queues before when I’ve ­suddenly gone, ‘Oh, my God, this has just appeared. That’s awkward’.”

And Jorgie insists that even if she fails to find love with Lewis — or Mr Blobby — she won’t stop flaunting her curves. She said: “Will I still be posing in my underwear when I’m 40 or will I be wearing buttoned-up cardigans and looking after three children?

“Even if I do have three kids, I’ll still pose in my underwear. There are no rules.