BBC Breakfast viewers saw Naga Munchetty and Jon Kay present Friday’s instalment. In a link to the sport, Jon spoke about parkruns and Naga explained how she had never taken part due to her dislike of socialising with other people.

“Did you? I’ve never done one!” She remarked. 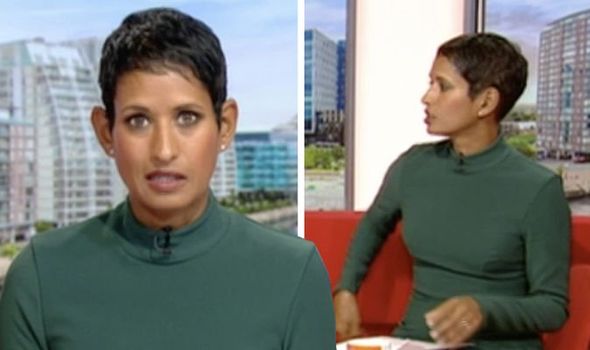 “It’s great! They were great-” Jon added but Naga continued: “Do you know why?”

“Why?” He asked and she explained: “I don’t like running with anyone, I’m not very sociable. I’m not sociable!”

Mike Bushell, who was standing a few metres away in the same studio, interjected: “That’s the whole point of it, it gets you off the sofa – millions off the sofa since it started in October 2004.

“People who never usually run before, I know so many people who’ve never run otherwise, apart from going to parkrun at the weekend.” 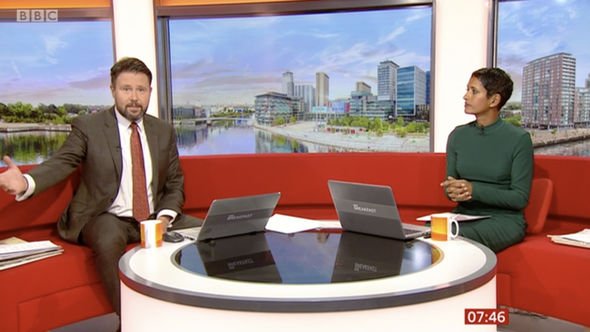 “It helps motivate – I suppose for some people they like that motivation don’t they. I don’t,” Naga said.

“Helps you get in the zone,” Mike commented.

“It’s meant to be coming back though – weren’t they?” Jon asked.

Mike explained: “Well they were, they were hoping in October. 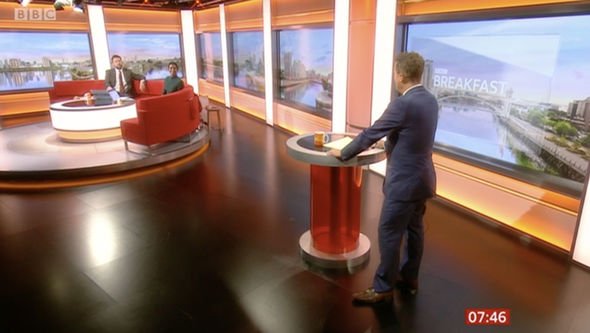 “But this is the point we are talking about this morning; plans to resume the weekly parkrun events next month have not been scrapped.

“The runs are exempt from the government’s coronavirus restrictions because they’re an organised outdoor sporting activity, but organisers decided it was insensitive to restart when the country is facing a surge in coronavirus cases.”

Mike spoke to Chrissie Wellington, a World Champion triathlete and Parkrun’s Health and Wellbeing Lead about this decision.

It comes after viewers confusion towards the presenting line-up this week.

So far, Dan Walker has been absent from joining Louise Minchin at the beginning of the week.

As a result, Charlie Stayt stepped in.

This meant Jon then sat on the infamous red sofa with Naga.

BBC Breakfast airs everyday at 6am on BBC One.