NCIS is all about the detail. While Agent Gibbs (played by Mark Harmon) is rooting around crime scenes for hard evidence, so too are CBS viewers at home as they scour the web for spoilers and potential plot holes. Now, with rumours of a Tony (Michael Weatherly) and Ziva (Cote de Pablo) reunion on everyone’s radar, a rather obvious error has emerged involving his ex-girlfriend Zoe (Marisol Nichols).

Zoe arrived with a bang on NCIS, working as a special agent with the Bureau of Alcohol, Tobacco, Firearms and Explosives – otherwise known as ATF.

It was her personal life which captivated viewers, however, as she was the ex-girlfriend of Tony DiNozzo.

Inevitably, she went on to cause some trouble for him and his team whilst attempting to do her job.

While the character only appeared in a handful of episodes, it was more than enough for fans to spot a rather obvious error – especially to those familiar with spin-off series NCIS: Los Angeles. 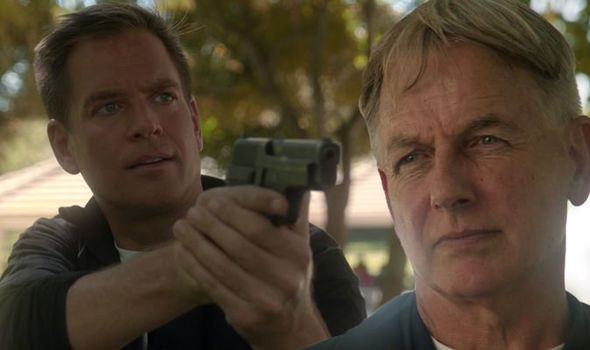 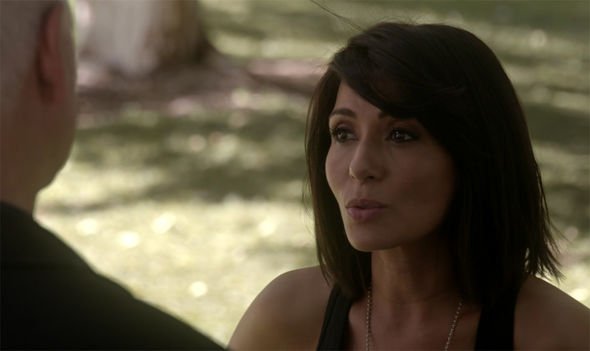 Both NCIS and NCIS: LA exist in the same universe, with the crews regularly crossing paths on-screen.

Therefore, a familiar face appearing in both shows under two completely different names would surely raise questions – it didn’t for Marisol.

Tracy makes quite the example of herself, as she takes some people hostage at a downtown Navy recruitment centre during her time on screen. 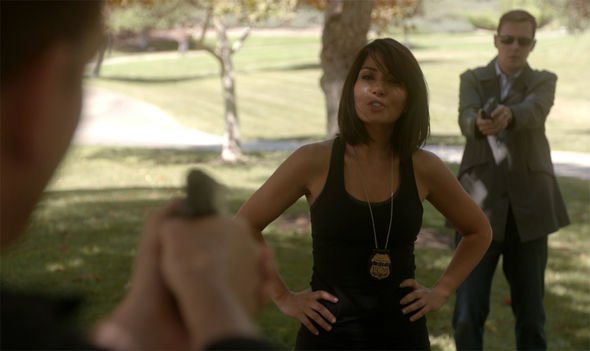 Tracy only appeared on the show for the one episode in 2010, and never returned again.

This re-use of actors may have slipped some by but to have the same person appear as two different people under two different names in the same cinematic universe opens a rather glaring plot hole in the grand scheme of things.

Diehard fans of the show simply wouldn’t let this go and have posted on Twitter with some questions.

Unfortunately, they didn’t get an answer, and since Marisol’s appearances as Zoe and Tracy, neither characters have been mentioned again.

Meanwhile, fans of the show have been a little unhappy since it was cancelled for the second week in a row.

DON’T MISS…
The Masked Singer spoilers: Is this who the Kitty is? [THEORY]
Love is Blind star reveals ‘regret’ over split [INTERVIEW]
Game of Thrones: Was Arya meant to kill the Night King? Fans spot clue [INFO]

CBS cancelled the second week because of Super Tuesday – an important election day.

The description of the feature simply told viewers: “Special coverage of the Super Tuesday primaries.”

Unhappy viewers began speaking out on Twitter about this schedule change, with one writing: “Ya know ncis not being on tonight is Bri discrimination.” (sic)

One angry fan wrote: “I cannot believe FBI and NCIS was cancelled for this circus act. Disgusting.”

A third chimed in to add: “I can’t believe they cancelled #Ncis for this #DemDebate2020 I’m super political but what a s**t show.”

The show is expected to return to its regularly scheduled time slot next week.