Showrunner David Schulner has opened up about what lies ahead for Dr Lauren Bloom (played by Janet Montgomery) and Leyla Shinwari (Shiva Kalaiselvan) in the next season of New Amsterdam. Fans are hoping to see much more of the developing romance as the NBC series continues.

Medical student and Dr Bloom’s live-in partner Leyla Shinwari could be joining the staff at the New Amsterdam Medical Center in the next season of NBC’s popular hospital drama.

Formerly a practising doctor in Pakistan, Bloom takes an interest in Leyla when she brings in a new patient near the start of this season.

Unfortunately, she soon discovers Leyla is unlicensed in the US, and was forced to live out of her car.

They eventually begin a relationship when Dr Bloom invites the newcomer to stay with her, and helps clear her medical boards to ensure she’s able to study medicine in her new home. 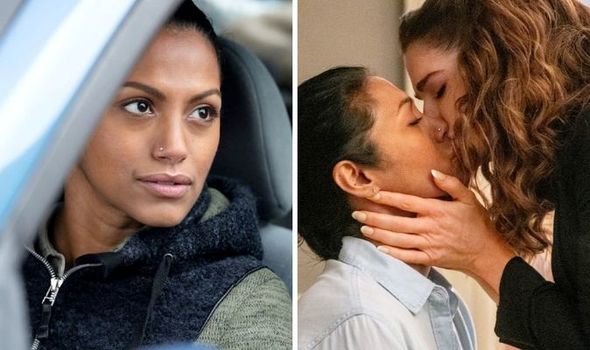 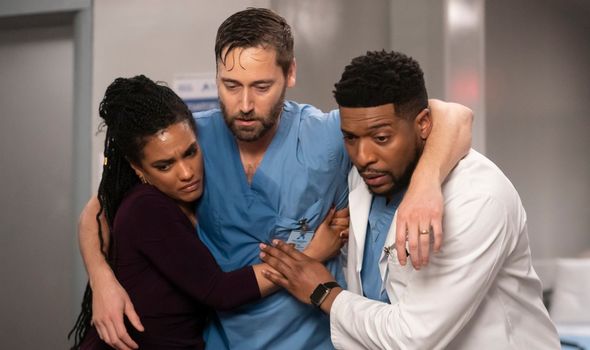 In this week’s episode, viewers were given a major bombshell about Lauren and Leyla’s developing romance that they may not have been expecting at this stage.

During episode 13, ‘Fight Time’, Iggy (Tyler Labine) gets an unwanted visitor and Max Goodwin (Ryan Eggold) fights for custody of his daughter.

However, a large portion of fans were eager for more Lauren and Leyla content, and may have been given more than they could chew when Lauren drops the ‘L-word’ to her new girlfriend. 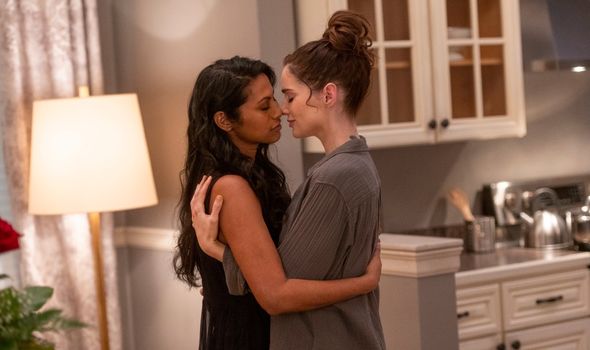 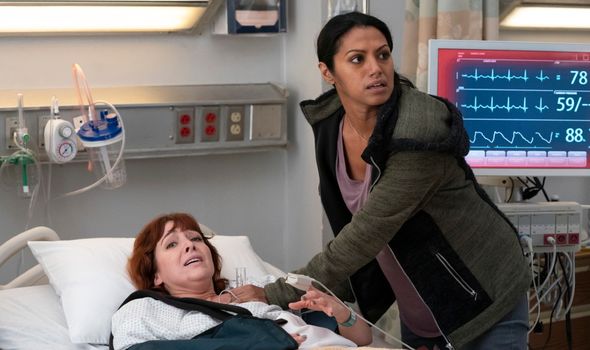 Despite their tender moment, some of the audience were frustrated the series has been moving so fast with the brand new couple.

Meanwhile, potential pairing and consistent fan favourite Dr Goodwin and Dr Helen Sharpe (Freema Agyeman) could only just be getting together in next year’s finale after three years of waiting.

Another Twitter user fumed: “I swear the writers keep giving us crumbs just to see us beg for more in a sadistic kind of way. I hate that.

“In the meantime, Lauren & her gf who [just met have] already been intimate and said I love you. At this point this is just torture.”

Hopefully next week’s conclusion to season three can help satiate some complaints, but New Amsterdam still seems to be struggling to strike the right balance between the standard medical drama and its ongoing romantic subplots.

With the NBC drama confirmed to return for a fourth and fifth season, showrunner David Schulner has assured viewers they’ll be seeing a lot more of Leyla and Lauren going ahead.

He told TVLine: “There are more surprises, and there are more revelations, and the characters are richer and deeper and will continue to grow throughout the series.

“Lauren will get tested and have to decide how important Leyla is to her and how much she’s willing to risk to keep Leyla close.”

Some Leyla and Lauren enthusiasts were disappointed by their limited shared screen time in Tuesday night’s episode, especially as it was the first to air during this year’s Pride Month.

For example, one fan said during the episode: “When are we going to get more Lauren and Leyla? It’s pride month dammit.”

Thankfully, Schulner has promised more ‘Leyren’ is definitely on the way, with the newest member of the cast potentially becoming a permanent resident at New Amsterdam at some point down the line.