During Tuesday night’s Our Yorkshire Farm, Channel 5 viewers saw how the Owen family celebrated Christmas. Amanda and Clive’s nine children were home for the festive holidays, and for them, it was as busy as ever on the farm. Not only were they worried about the deadly bird flu disease sweeping through their poultry, but Amanda feared two of their twin calves would die when being born.

During the episode, the Owen family had to prepare the barn to make sure the pregnant cows were as comfortable as possible.

“Our cows that are calving now,” Clive explained. “We like them to calve from September onwards really.

“But here we are at Christmas and we still have a lot of them to calve.  There are still 20 cows to calve and there are nine calves at the moment.”

“We’re not quite halfway there yet,” Amanda chipped in as her husband continued: “Of course, Lily-May is due in the next week or so. We’re hoping for a lovely calf out of her.” 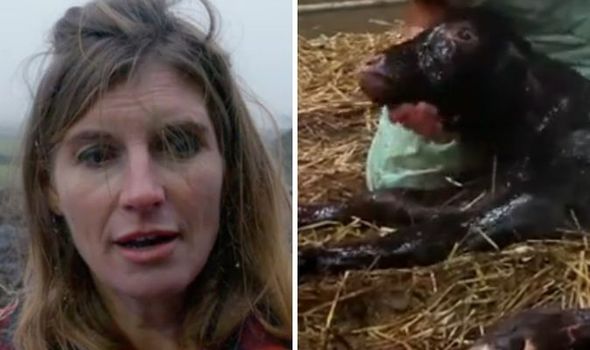 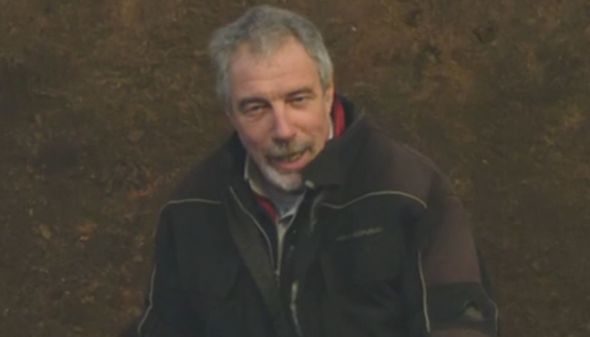 “That cow is having a baby,” their youngest daughter Nancy said as Clive told her: “So this is Lily-May…”

Four-year-old Nancy went on to ask her mum how many calves are born every year from each cow. 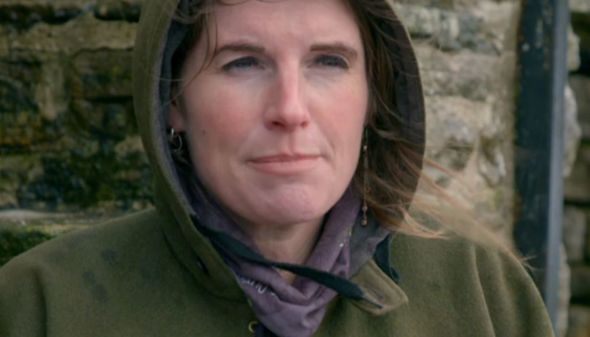 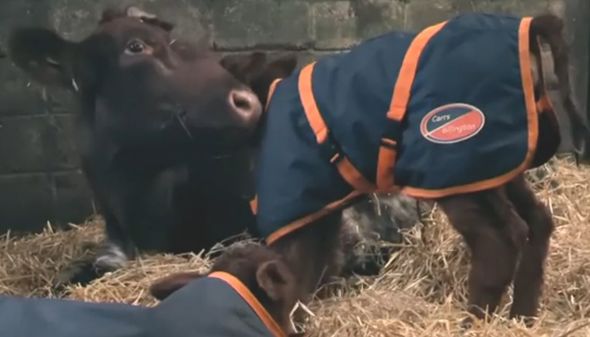 “They [the cows] usually have one, one every year,” Amanda explained. “We don’t often get twins. It’s been a long time since we had any twin calves.”

Speaking about the birth of the twin calves, Amanda aired her concern: “You hope that it’ll all go smoothly but the most precarious point, things can go wrong.

“So, we will be keeping an extra close eye on Lily-May.”

Later on in the programme, the Owen family began to grow more concerned about Lily-May as she became five days overdue.

Amanda was so worried that she even got up during the night to go and check on whether she had gone into labour.

“Just look at the size of her,” Amanda said. “She’s huge. It’s more unusual for a first-time calf to have twins, but it happens.

“It’s two o’clock in the morning and I am just out here having a look at how Lily-May is doing. At the moment she is just making a grunting noise. I just need to make sure she doesn’t start to calve.”

The morning after it was touch and go for Lily-May and her babies after she struggled to give birth.

After calling in the vet to help with the birth, they confirmed that both calves were breach, meaning they were coming out feet first.

It was a race against time for Lily-May after she failed to give birth after two hours.

Speaking about her worries, the mum-of-nine said afterwards: “I’m out here with Lily-May.

“It was a bit of a struggle. There was a point where we thought we weren’t going to get the calves alive.

“But, fortunately with the help of two vets, she’s made it.”

Our Yorkshire Farm airs on Tuesday at 9pm on Channel 5.