Skip to content
HomeTV and MoviesOutlander season 5, episode 4 promo: Will Jamie and Claire have another baby?

Starz drama series Outlander has been keeping viewers gripped with its latest series. The show has now bedded in after making its triumphant return last month. Here’s a look at what will happen next in the series.

What will happen in Outlander season 5, episode 4?

Episode four is titled The Company We Keep and will be airing on Sunday, March 8 on Starz in the US and on Amazon Prime in the UK on Monday, March 9.

Starz has dropped a short promo for the next episode which teases what will happen to leads Jamie (played by Sam Heughan) and Claire Fraser (Caitriona Balfe).

The trailer starts with Jamie saying: “If you wanted another child, perhaps I might give you one.”

While it sounds like Jamie and Claire may be trying to have another baby together, despite both being in their 50s, it’s more likely to be a reference to the child they saved in the latest instalment. 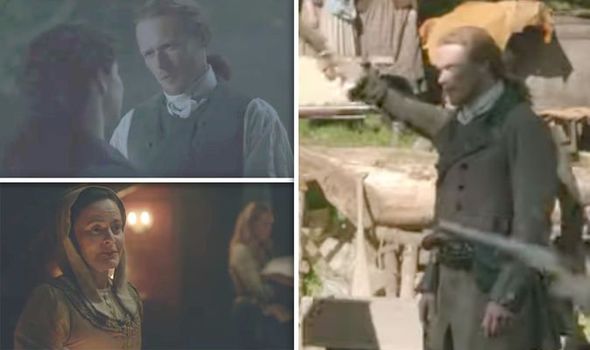 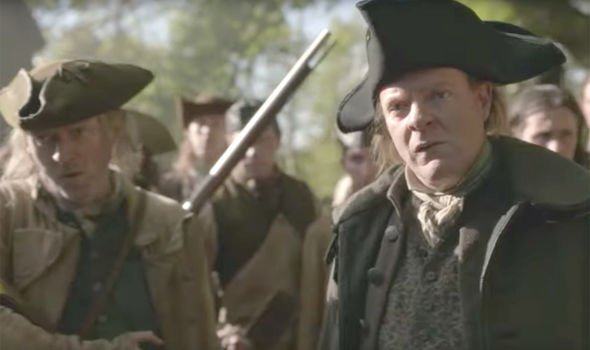 However, it looks like Claire makes the decision to put the child into the care of a nunnery rather than trying to raise it herself.

A woman tells Claire: “Perhaps God sent you to bring the babe for a reason. We would care for her as if she’s ours.”

As Jamie and Claire are still away, Roger MacKenzie (Richard Rankin) is stepping up to his new position as he gets ready for battle.

He addresses a group of men, telling them: “I’m Captain Roger MacKenzie in command of a militia serving under Colonel James Fraser of Fraser’s Ridge.” 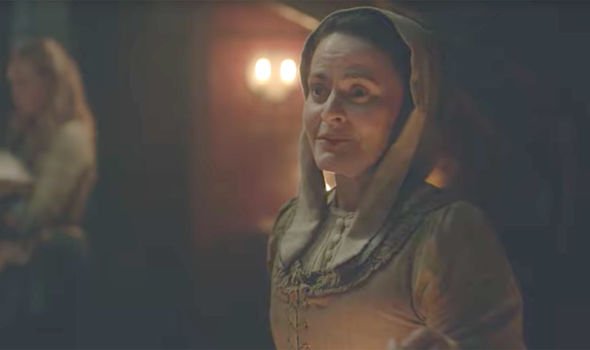 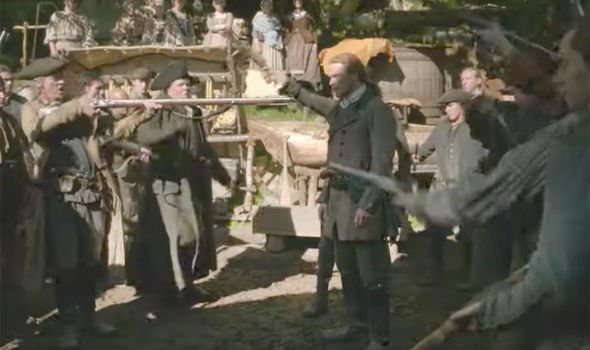 But his words are met with gunfire from the Regulators as Roger is perceived to be a threat from them.

Roger takes shelter with another man from the hail of bullets he’s met with.

The trailer culminates with Jamie warning the Regulators not to attack his men.

The Highlander firmly says: “Any harm done against my militia, I’ll have no choice but to consider you traitors to the crown.”

The teaser ends with Jamie’s men and the Regulators aiming their guns at each other.

From the looks of it, Jamie and Roger will be thrown into danger as they are tasked with finding Murtagh (Duncan Lacroix).

The Company We Keep follows on from this week’s episode titled Free Will, which saw Jamie and Claire travelling around North Carolina as they sought people to join their militia.

During their travels, Jamie revealed Stephen Bonnet (Ed Speleers) was still very much alive and somewhere out there.

Claire was horrified but took comfort in believing their daughter was none the wiser. As episode one revealed, Brianna Fraser (Sophie Skelton) knows her attacker is still alive and could come for her.

Free Will was more of a self-contained episode as the couple stumbled across a strange house belonging to Aaron Beardsley (Christopher Fairbank).

Before long, the couple discovered Beardsley was being tortured by his wife Fanny (Bronwyn James) after he suffered a stroke after spending years terrorising his family.

During the episode, Fanny was trying to kill her abusive husband by strangling him only for her waters to break.

Claire helped Fanny to give birth to the child, which she didn’t want. Instead, Claire and Jamie took the infant and it seemed she was going to look after the child.

Jamie sadly euthanised Beardsley after his body lay decomposing with maggots eating away at him while he was still alive.