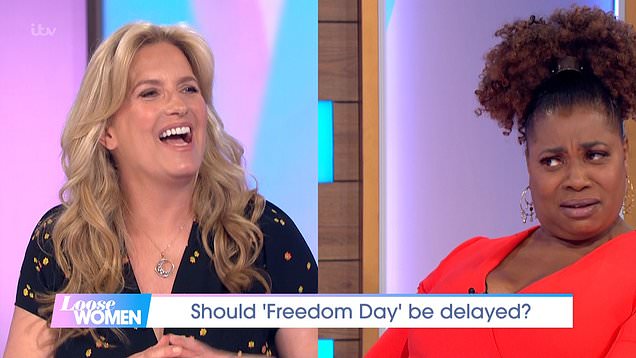 As regular Loose Women viewers know, the panelists never shy away from saying exactly what they think even if that means they butt heads on live TV.

Tuesday’s episode was no exception as the day’s line-up – Ruth Langsford, Penny Lancaster, Brenda Edwards and Gloria Hunniford – discussed the divisive topic of Covid-19 passports and whether they should be introduced as the UK prepares to ease the last lockdown restrictions on June 21.

Penny wondered if they could be brought in to allow people to feel safe going to a sold out theatre, however Brenda didn’t think it was a good idea.

She also hit out at the government over the delay in closing borders during the pandemic and delaying a travel ban on India despite concerns over a new strain.

Things got a bit heated as Brenda continued to finish her point with Penny attempting to speak, repeatedly saying her co-star’s name to get her to listen.

When Brenda had finished speaking she added: ‘Brenda, calm down, darling’ which earned a confused look from the other panelist.

‘I think it’s crazy to ask us to stay inside in our country when you keep bringing people from outside countries to bring these variants.’

Gloria added: ‘That’s not totally fair because people coming in for example from India are not allowed in at the moment. Borders have been closed to some countries so you can’t generalise that much.’ 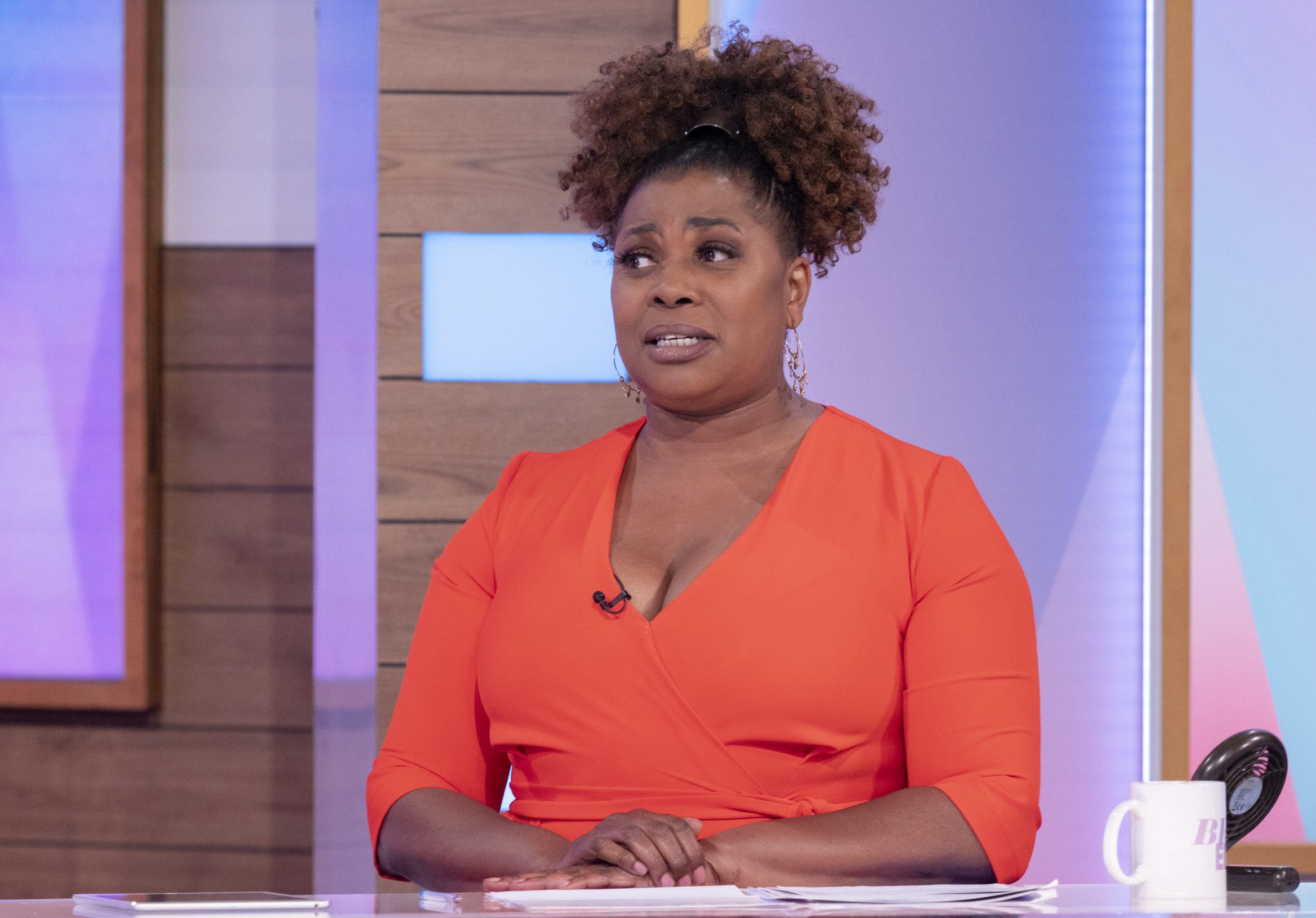 Brenda replied: ‘I’m talking that it’s opened and they opened holidays immediately. If anything what they should have done is wait until the 21st of June and then see how the data is with other things that are in our country opening up before you start opening up and sending people to fly here there and every where.’

As Penny started to interject, she continued: ‘You can’t have any control over people’s quarantine when they come back so what is there? An Indian variant, an Australia variant…’

‘Brenda, calm down darling,’ Penny said with her co-star replying: ‘I am very calm.’

Viewers found themselves siding with Brenda on the opening up of the UK after lockdown.

‘How awkward … Penny”calm down”.. Brenda “I am calm”.. patronising interruption .. let the woman talk,’ one viewer tweeted.

Another said: ‘Wow Penny telling Brenda to calm down darling, there’s your micro-aggression right there. I agree with Brenda. Travelling should’ve been the LAST thing to open, not the first.’

A further tweet read: ‘The way Brenda was made to look crazy and aggressive because she was expressing a (controversial) opinion… What’s happening to our freedom of speech?’

‘Brenda talk your damn talk,’ said one while another wrote: ‘Brenda Edwards is very calm, and very right!’