Skip to content
HomeTV and MoviesPiers Morgan hits out at Khan’s horrifying bus driver admission ‘Sent to their death!’

Just moments after the interview began on Good Morning Britain today, Mr Khan revealed nine Transport for London employees had died from coronavirus. The admission left Piers Morgan reeling as he questioned the Mayor why bus drivers were still being made to work despite the government urging as many people as possible to stay home to stop the spread of the virus.

Mr Khan tried to explain the measures which are being taken to protect TfL employees after sharing his condolences with the families of those who have died.

He began: “Firstly thoughts and prayers with them we are Susanna doing the best we can to ensure public transport is as safe as it can be for those using it but for also those who work on it.

“So for some time now we have made sure we have the most enhanced cleaning regimes that we can do.

“We have learned lessons from around the world, so for example, we make sure we use antiviral hospital style disinfectant regularly cleaning key touch points during the course of the day. 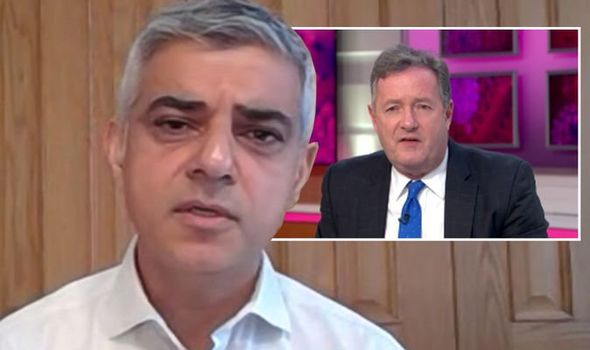 “So with our buses, not just the bus garages and depots but the steering wheels, the handles.

“We’ve also made sure there is protective perspex glass with protective film covering the holes so the spit from people’s mouth can’t go from a passenger to a driver.”

But Morgan wasn’t impressed as he slammed: “With respect, this is not enough, is it?

“Nine bus drivers have died is that what you’re telling us?” 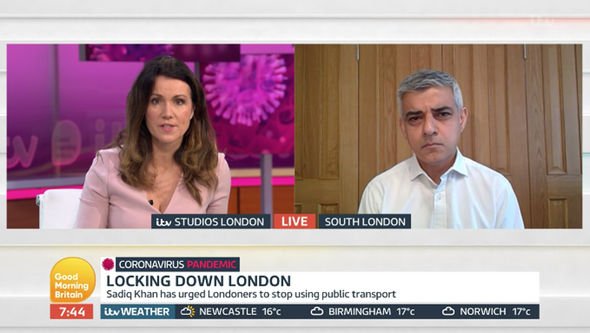 Morgan continued to rage: “They’re being sent out everyday.

“We see health workers in full hazmat suits, you’re in charge of our transport system in this capital city, you’ve got to do more.

“They can’t be sent to their death like this!”