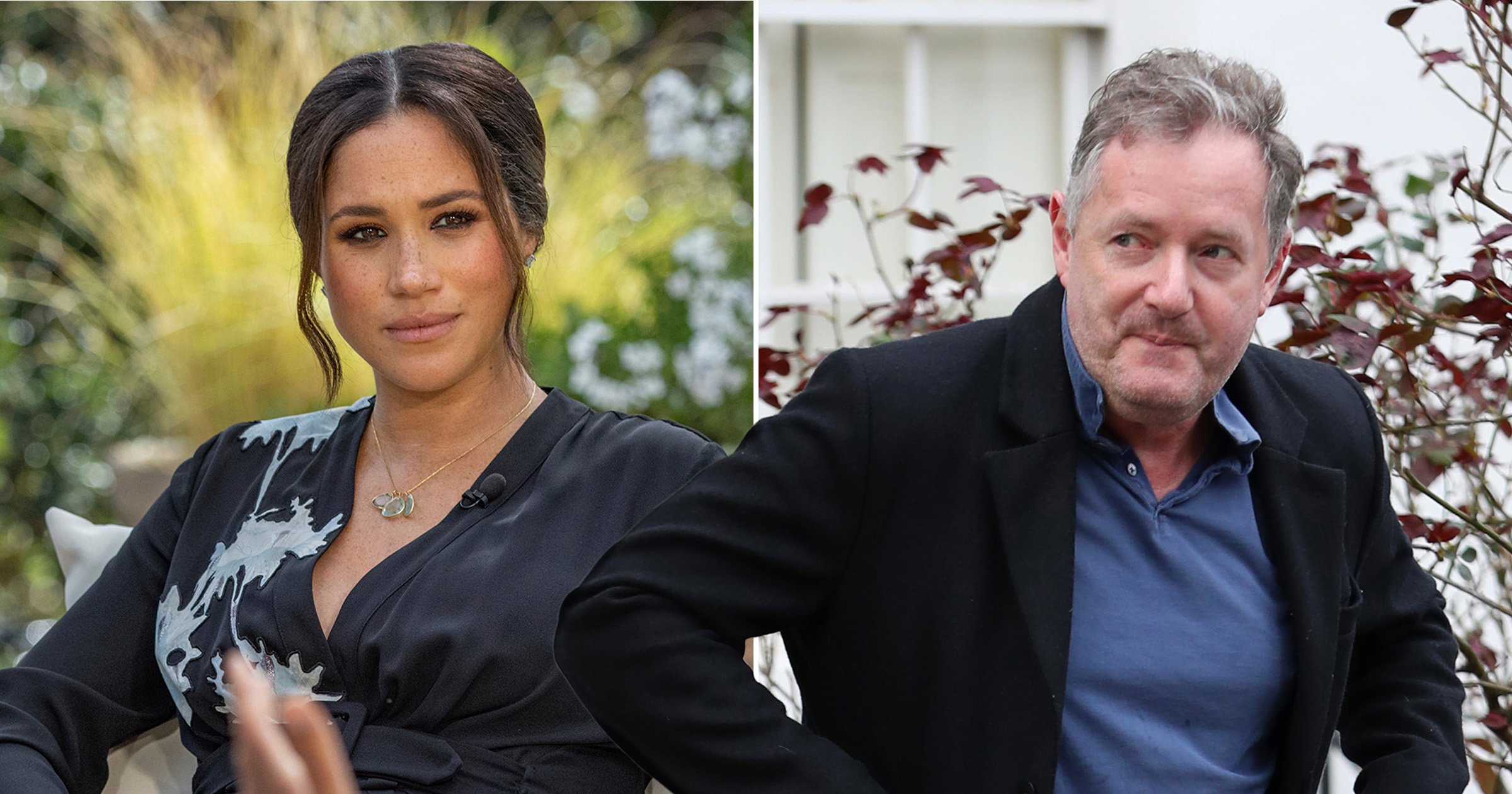 Piers Morgan has marked his one-year anniversary since announcing on Good Morning Britain that he doesn’t believe a word Meghan Markle says.

On March 8, 2021, the presenter declared his opinion of the Duchess of Sussex after she opened up about her issues with mental health and suicidal thoughts.

After a clip aired of Meghan saying she ‘didn’t know who to reach out to’ and that she thought suicide ‘would solve everything for everyone’, Morgan stated: ‘I’m sorry, I don’t believe a word she says.

‘I wouldn’t believe her if she read me a weather report.’

His comments sparked uproar from mental health charities with Ofcom also bombarded with complaints. And, just one day later, on March 9, 2021, he stormed off the ITV programme following a heated discussion about Meghan with his colleague Alex Beresford.

But it looks like Morgan’s view hasn’t faltered in the 365 days that followed.

Sharing an image of the former Suits actress in conversation with Oprah one year later, he scathed: ‘‘It’s a year today since I declared that I didn’t believe a word Meghan Markle said in her royal-trashing Oprah whine-athon. I still don’t.’

Morgan addressed his mental health comments on the episode that aired March 9, 2021, before he stormed off the set.

It’s a year today since I declared that I didn’t believe a word Meghan Markle said in her royal-trashing Oprah whine-athon.
I still don’t. pic.twitter.com/N2VkdyMh9F

‘When we talked about this yesterday, I said as an all-encompassing thing I don’t believe what Meghan Markle is saying generally in this interview, and I still have serious concerns about the veracity of a lot of what she said,’ he said at the time.

‘But let me just state on the record my position about mental illness and on suicide.

He later quit the programme, with ITV confirming the news.

‘Following discussions with ITV, Piers Morgan has decided now is the time to leave Good Morning Britain,’ a statement read.

‘ITV has accepted this decision and has nothing further to add.’