Skip to content
HomeTV and MoviesSaturday Night Takeaway: ‘Not for me’ Viewers ‘disgusted’ at steak bake challenge

Ant and Dec are back on ITV with Saturday Night Takeaway which sees the pair putting suspecting and unsuspecting participants do a number of challenges. However, this evening featured a pretty disgusting challenge which saw how quickly contestants could devour Gregg’s steak bakes as Stephen Mulhern watched over to make sure there was no cheating. But the challenge left viewers feeling a bit sick after the segment.

Regular to Saturday Night Takeaway, Stephen Mulhern’s, newest segment saw him go to Gregg’s HQ and put the staff to the ultimate test.

One task saw some of the staff tie string to their toes, with a steak bake at the other end of the string.

Each contestant had to try to eat the steak bake dangling in front of them whilst controlling the string with their feet.

However, some viewers were left queasy as the worker’s ender up with more steak on them than in them. 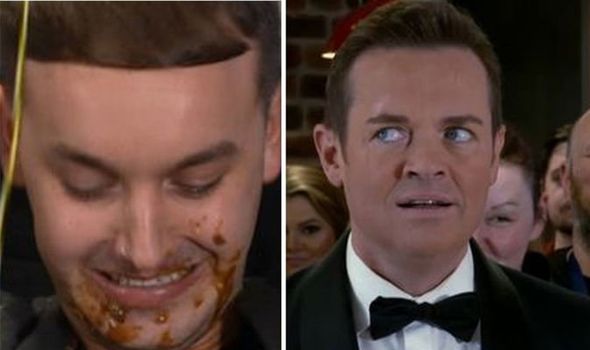 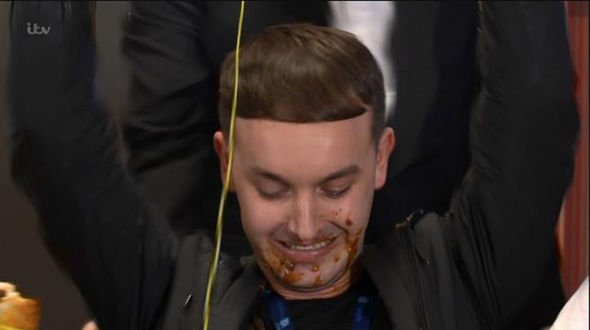 Viewers quickly took to Twitter to voice their opinions on the messy challenge.

One fan wrote: “Thats me put off Steak Bakes for the foreseeable…”

Another added: “I’m not 100% sure about this Stephen Mulhern segment…”

And one more explained: “I will never eat a Steak Bake again.” 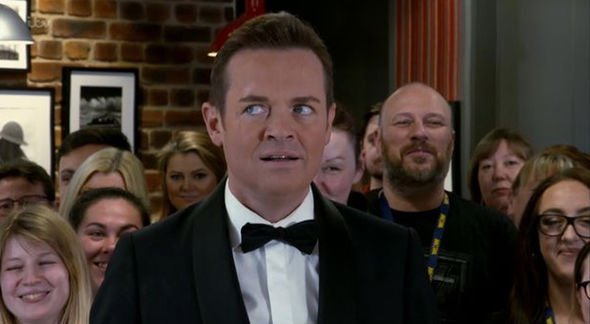 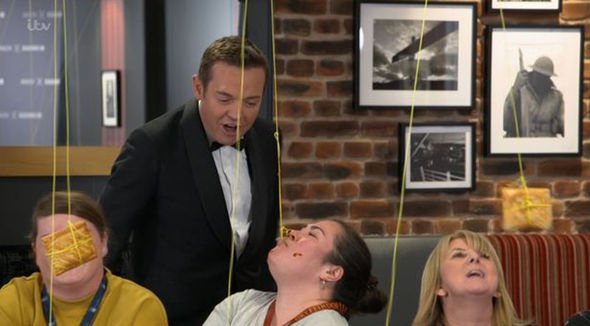 However, for some viewers, the challenge only made them crave a Gregg’s steak bake.

Another said: “It’s the Greggs British Steak Bake off!”

And a third added: “I really want a steak bake now!!”

It might be one of the newer segments on the show, but it is currently unclear whether the team will try it again after the strong viewer reaction.

Elsewhere on the show, Ant and Dec suffered a huge blunder last night when they announced the show name.

As fans know, one of the most popular segments on the show sees celebrities undertake secret and sometimes embarrassing secret tasks as Ant and Dec tell them what to do through an earpiece.

Last night saw heavyweight champion, Anthony Joshua, in the hot seat as Ant and Dec told him what to do.

But when introducing ‘I’m A Celebrity…Get Out Of My Ear!’, Ant managed to get muddled and announced the name of the duo’s other programme.

Ant said to Anthony: “Now, we put you through your paces in the gym, didn’t we?”

The heavyweight champ replied: “Something like that,” to which Dec interrupted: “Here’s what happened when Anthony Joshua here was looking to hire a new personal chef.

“But he didn’t really need a chef because we were already cooking up a very tasty, I’m A Celebrity…” he continued, with his co-host then joining in to complete the title of the segment.

Ant committed the blunder by saying “Get Me Out Of Here!”, his other half was correct with “Get Out My Ear” and looked at his fellow presenter in disbelief at the error.

Saturday Night Takeaway continues on ITV next Saturday at 7pm.