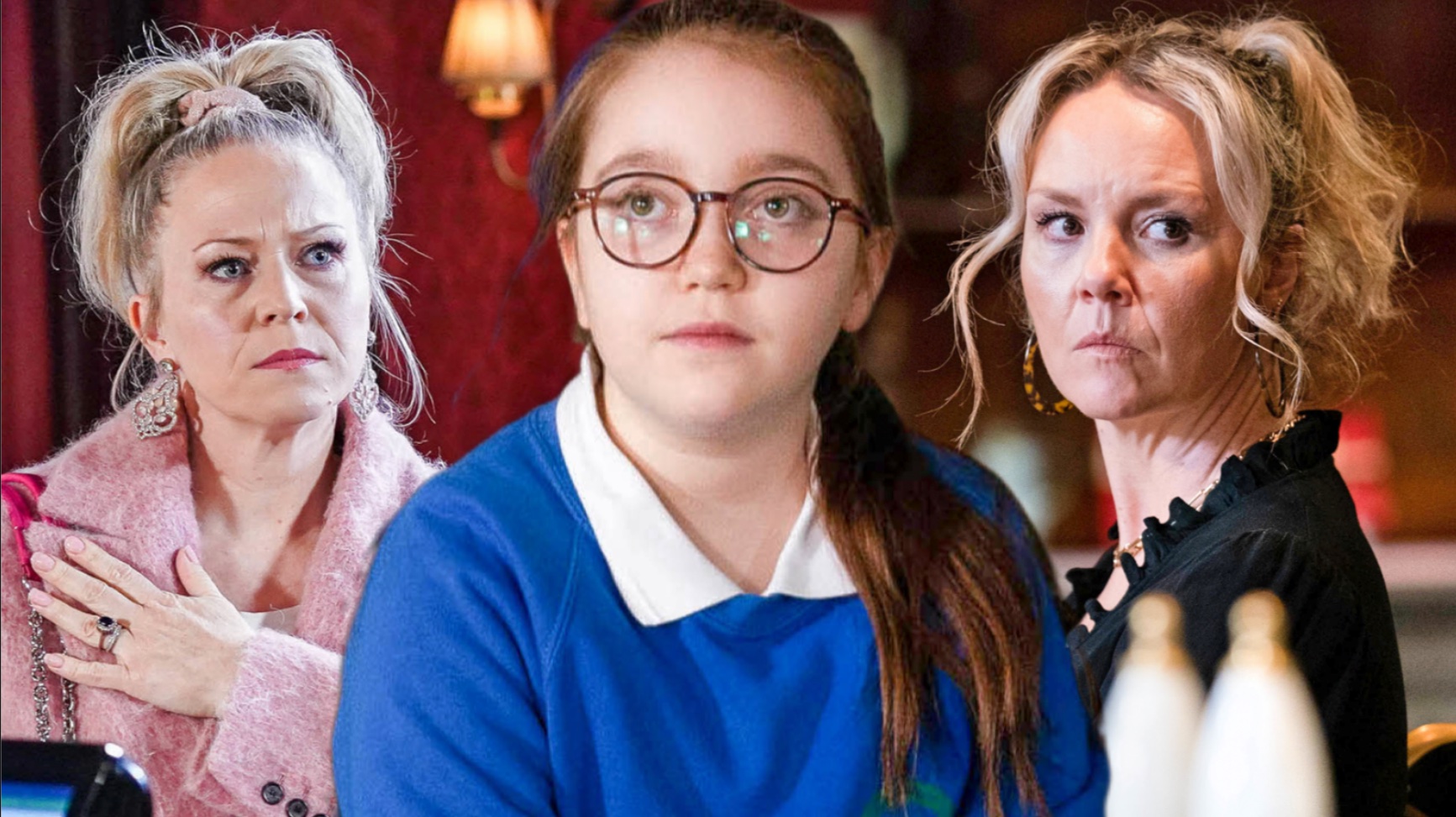 There’s been an unexploded bomb on EastEnders for a while. Not a real bomb (though heaven knows what’s buried in that Square), but a metaphorical bomb that could be about to go off right under Janine Butcher (Charlie Brooks).

Janine, as we know, was the person driving the car when it crashed with a very drunk Linda Carter (Kellie Bright) on board back in June. Janine made it look like Linda was driving the vehicle, leaving Linda in massive trouble and facing a prison sentence.

Janine thought she’d covered her tracks very well, including wrapping up her blood-stained clothes and putting them in a bin, but little did she know that aspiring photographer Frankie Lewis (Rose Ayling-Ellis) had been out and about taking pictures in the Square.

And in one of them, Janine could be seen in the background – putting something in a bin.

Frankie subsequently printed the picture out and put it up on the notice board in The Queen Vic kitchen and, in upcoming episodes, Scarlett (Tabitha Byron) spots the image, seeing Janine acting suspiciously in the background.

She’s worried that her mum is so fixated on her new life with Mick (Danny Dyer) that she won’t have enough time for her, so she debates with herself whether to tell Linda about what she’s spotted.

Scarlett already has some degree of knowledge about what her mum has done and what she’s capable of, so will this picture be the evidence she needs to prove that Linda wasn’t driving the car on the day of the collision?

That remains to be seen.

But as Scarlett tries to decide whether to say anything, Linda realises that she’s keeping something from her – and pushes her open up.

Janine, meanwhile, panics when she hears that Scarlett is with Linda, and possibly for good reason.

Could Scarlett be about to expose Janine’s real role in the crash? Will Janine finally pay for what she has done?

Will Linda and Mick discover the true extent of Janine’s manipulation?