Susanna Reid and Piers Morgan spoke to 19-year-old Naomi Seibt who claims to be ‘anti-Greta’ and the ‘UK’s Greta Thunberg’ Amy Bray. Piers clashed with Naomi when she said the world isn’t heating up after misunderstanding his question.

Amy Bray from Cumbria has been named the ‘UK Greta Thunberg’ while Naomi Seibt believes she is the ‘anti-Greta’.

During the interview with the pair, Piers asked Naomi: “So what is your problem with Greta Thunberg and her message?”

Naomi explained: “Well listen, I think it’s fantastic when young people decide to become activists and protest about something they are truly passionate about and that they can truly stand behind.

“But the biggest problem that I see is that a lot of them have not done their research. 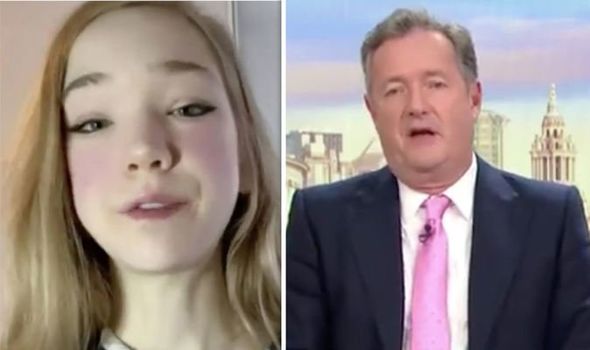 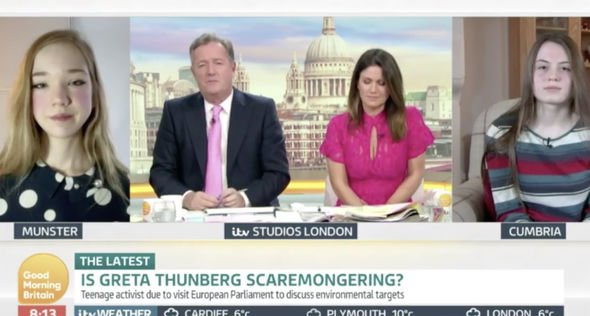 “So I got interested in climate change because I wanted to get to know the science behind it and what’s really going on and what effect do CO2 emissions actually have.”

Piers interrupted to ask: “Let me ask you. Do you believe that the planet is heating up at a dangerous rate?”

She replied: “No I do not believe that.”

But Piers wasn’t happy with her answer and shot back: “If you don’t mind me saying, that is a clear demonstrable fact supported by 2000 of the world’s leading scientists. 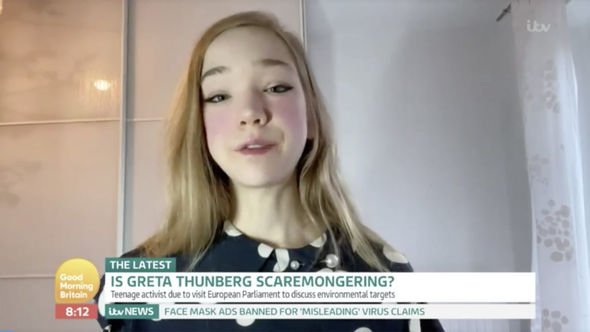 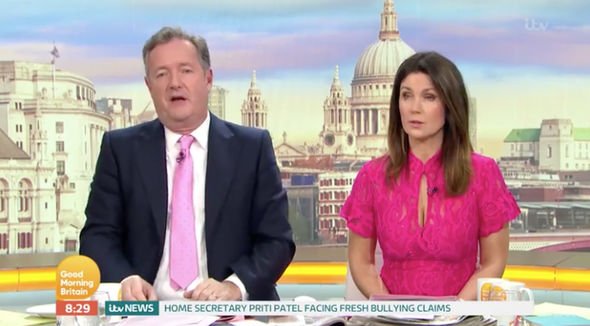 “And with all due respect to you I get that you want to have the publicity of being the ‘anti-Greta’ but that is a fact that can’t be disputed it is just a fact that the planet is heating up.”

Naomi hit back at Piers saying she was responding to his remark that the world is heating up at a “dramatic rate”.

Following the interview, viewers took to Twitter to complain to Piers, with one writing: ” “@piersmorgan hectoring Naomi is uncomfortable viewing especially when you lie about the question you asked! Your question was “is the planet heating up at a dangerous rate”, Naomi answer was no, “not at a catastrophic rate”. He then denied asking “dangerous rate”. Very poor!”

Another added: “#gmb piers Morgan gets b**** slapped by a teenager for misquoting her on climate change.”

Returning from an ad break, Piers noted he had in fact been mistaken and corrected himself.

“I just want to be fair to one of our guests Naomi,” he began.

Susanna Reid chipped in: “And that is what she took issue with.”

He continued: “So if that is the case then she was quite right to push back on that.”

Elsewhere on Good Morning Britain, yesterday Piers and Susanna spoke to Mayor of London Sadiq Khan about containing the coronavirus in London.

However, Piers was quick to mention that Khan was giving “mixed messages” after the Mayor said he wouldn’t shake anyone’s hand at the moment.

Morgan was quick to ask if he has stopped shaking hands with people and the Mayor admitted he had.

Morgan later said to the viewers: “On the one hand it seems to me as rather mixed messages, he himself is not shaking hands because he perceives the risk to be too high for him personally. And yet he says there’s no risk at all for people being crammed on tubes for example.”

Good Morning Britain continues on ITV tomorrow at 6am.