Skip to content
HomeTV and MoviesSpoilers: Amelia gives birth in Emmerdale – but the baby's father is missing 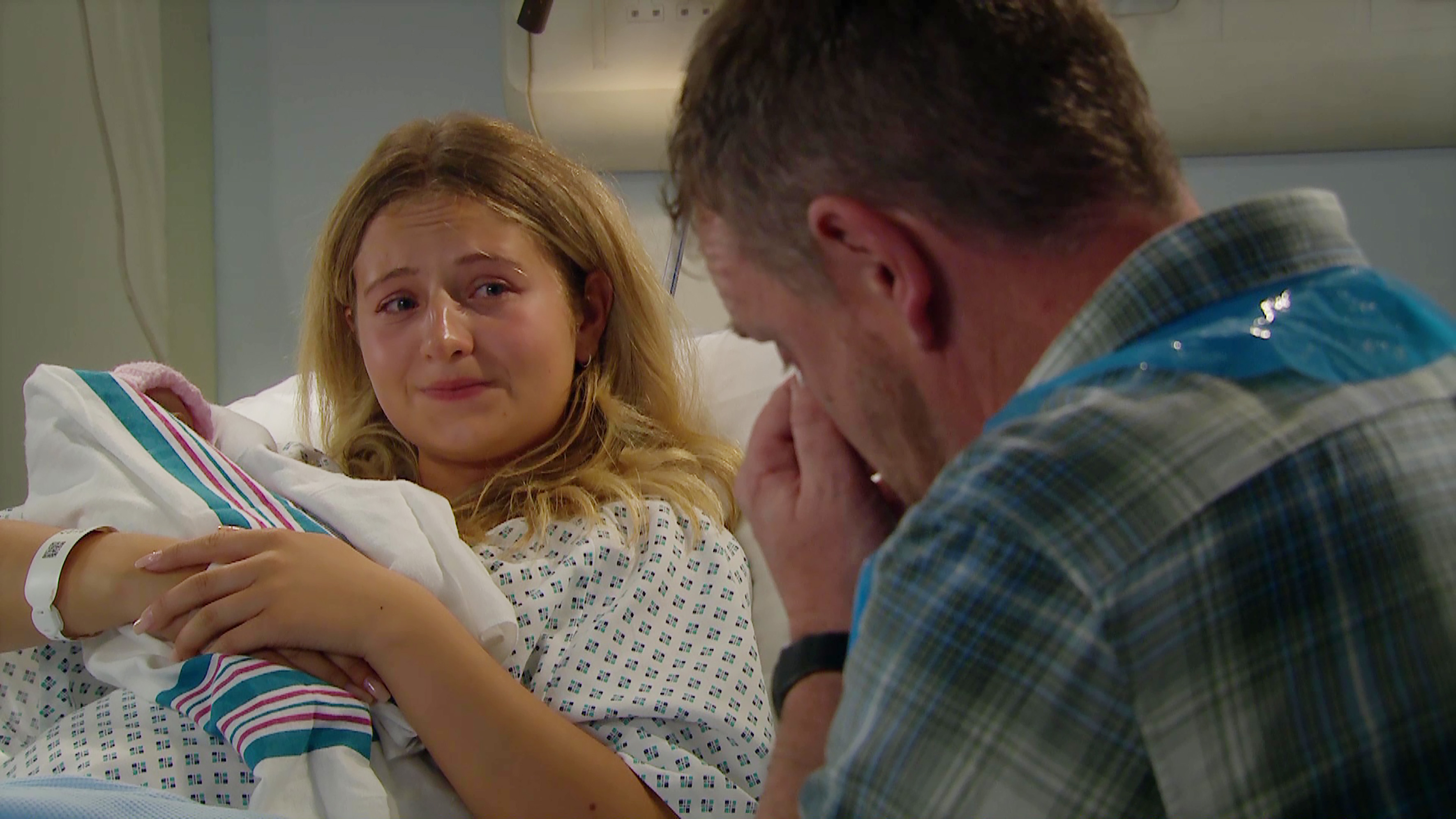 Amid the massive death and destruction caused by the storm that raged through Emmerdale in this special 50th anniversary week, there has been some good news.

After Amelia Spencer (Daisy Campbell) went into labour right at the moment the storm started to hit, she knew that it was too early for her baby to be born.

Alone and terrified in a barn that was creaking in the force of the wind, she prayed for help. And help did arrive, in the form of Lydia (Karen Blick), who managed to get Amelia safely to hospital.

In emotional scenes in tonight’s episode Amelia gave birth to a baby girl, with Charity (Emma Atkins) and Kerry (Laura Norton) by her side. Noah (Jack Downham) had been by her side, but she threw him out because he was getting more than a little bit annoying in his excitement.

Charity broke the news to a delighted Noah. She said the baby was tiny, as was to be expected because she was early, but that she was doing really well.

Noah reiterated that he was serious about helping Amelia to bring up her little girl, and he and Charity shared some happy memories of when he was little and she got banned from his nursery because ‘some mum called you feral.’

With a role model like Charity, Noah is obviously going to be an… interesting father to the baby.

Meanwhile the baby’s biological father, Samson (Sam Hall), could turn out to be another casualty of the storm as he’s missing in the woods somewhere – with his phone lying cracked in the grass when Belle (Eden Taylor-Draper) tried to text him.

Could joy turn to tragedy for the Dingles once more?