Skip to content
HomeTV and MoviesSpoilers: Isaac digs into the murder of his brother Paul in EastEnders 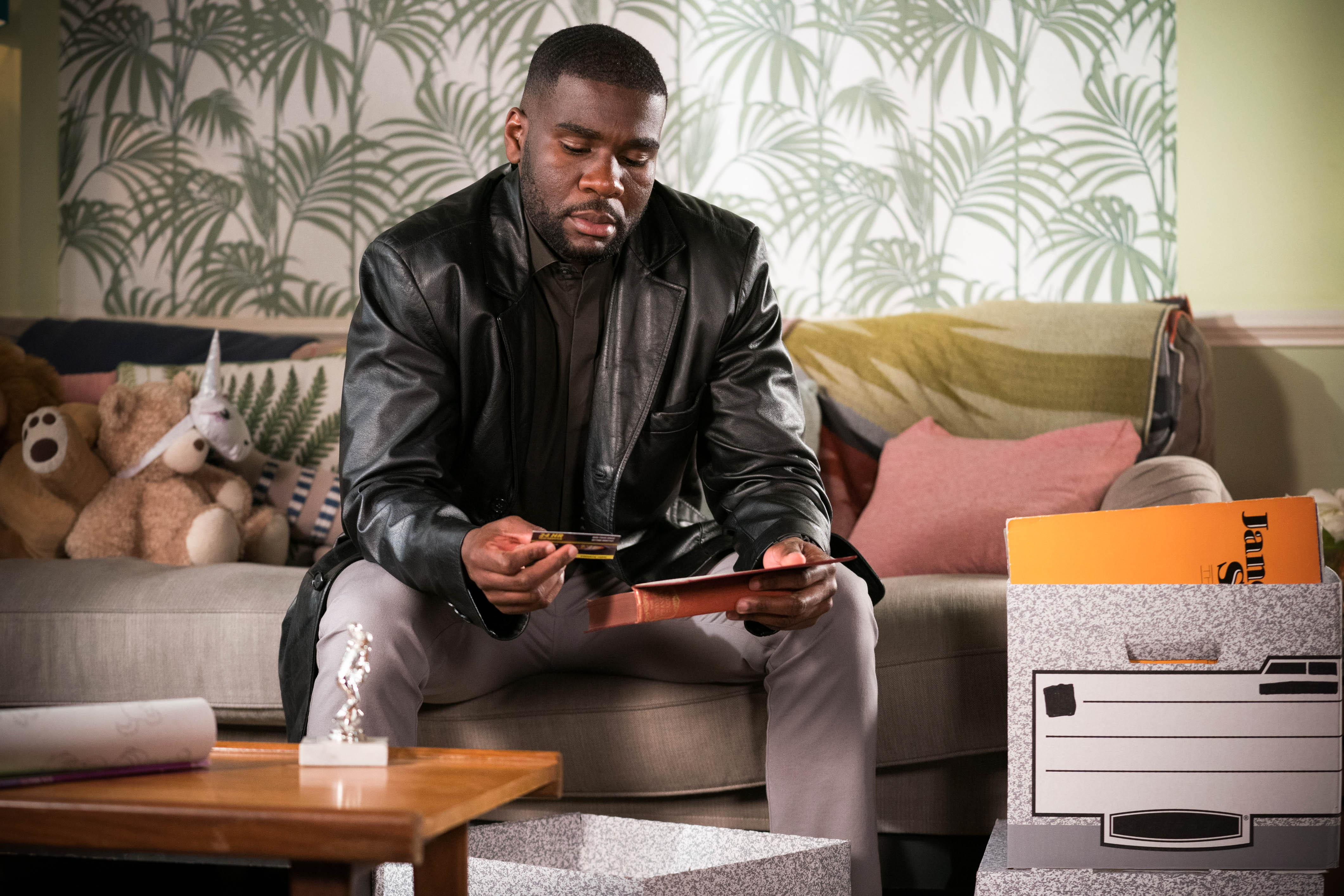 As the character continues to show signs of erratic behaviour following throwing his medication away, Isaac digs further into the murder of his brother Paul and discovers some key information.

Lola agrees to sit in on Isaac’s visit with his nurse, but her worries grow when Isaac lies to Rafe that he’s keeping up his meds and routine, but Isaac promises Lola he feels great.

Later, Patrick (Rudolph Walker) feels emotional when Isaac tries on some of Paul’s clothes and they discuss Ruby’s dad, Johnny.

Ruby eventually warms up to Isaac after he asks her about Johnny, but Lola adds that he definitely wasn’t a saint which leaves Isaac curious.

Isaac continues digging for information on Paul and asks Ruby and Martin (James Bye) to borrow their photo albums, pretending it’s for kids at school to see what Walford was like back in the day.

Ruby is wary but Martin happily hands them over.

He shows Patrick the photo albums and he begs for Isaac to let things go, but it’s clear he has no plans to listen.

How much will this impact Isaac as his behaviour continues to spiral?