STACEY Solomon was caught using her whole body to mop the kitchen floor by her horrified boyfriend Joe Swash.

The Dancing On Ice star admitted he doesn't "know what to expect" from Stacey when he comes home from work. 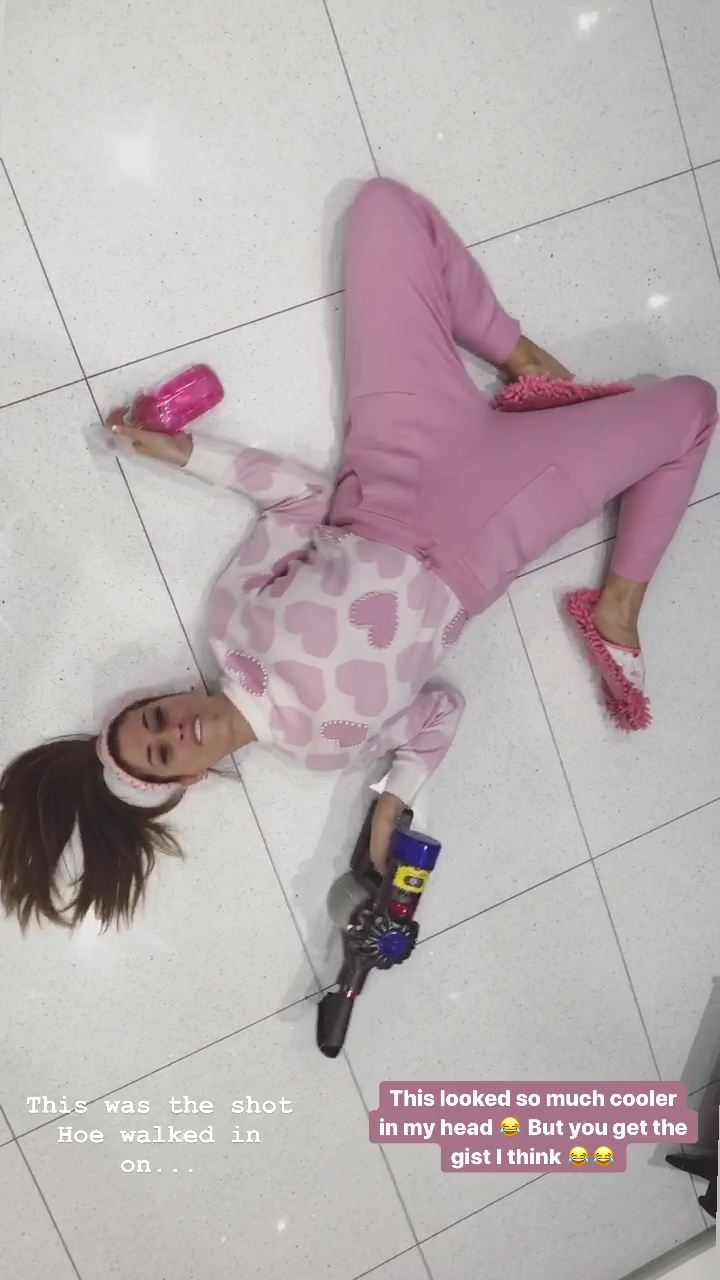 And he got a shock last night as she was sprawled on the floor using her body to clean the tiles.

She danced around to 'I Want To Break Free' by Queen but collapsed laughing when Joe got home.

"Sometimes I come home and just don't know what to expect," he explained. "Aand today I've got to deal with his." 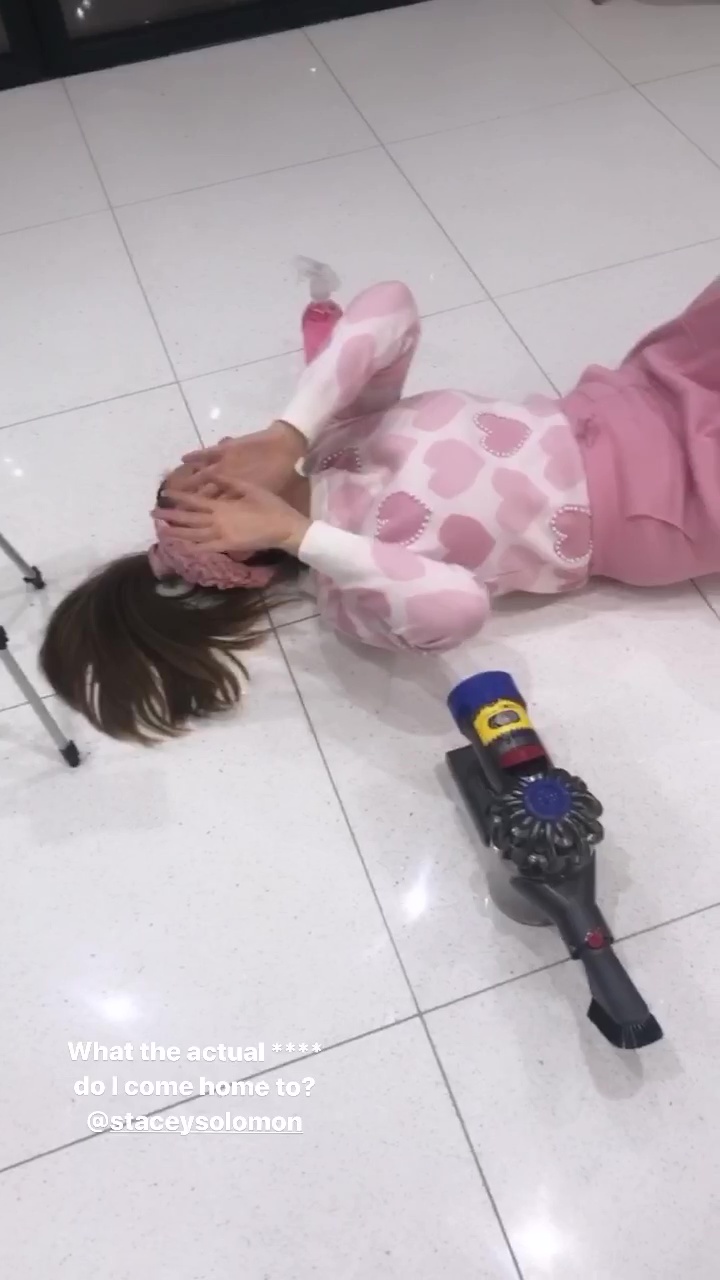 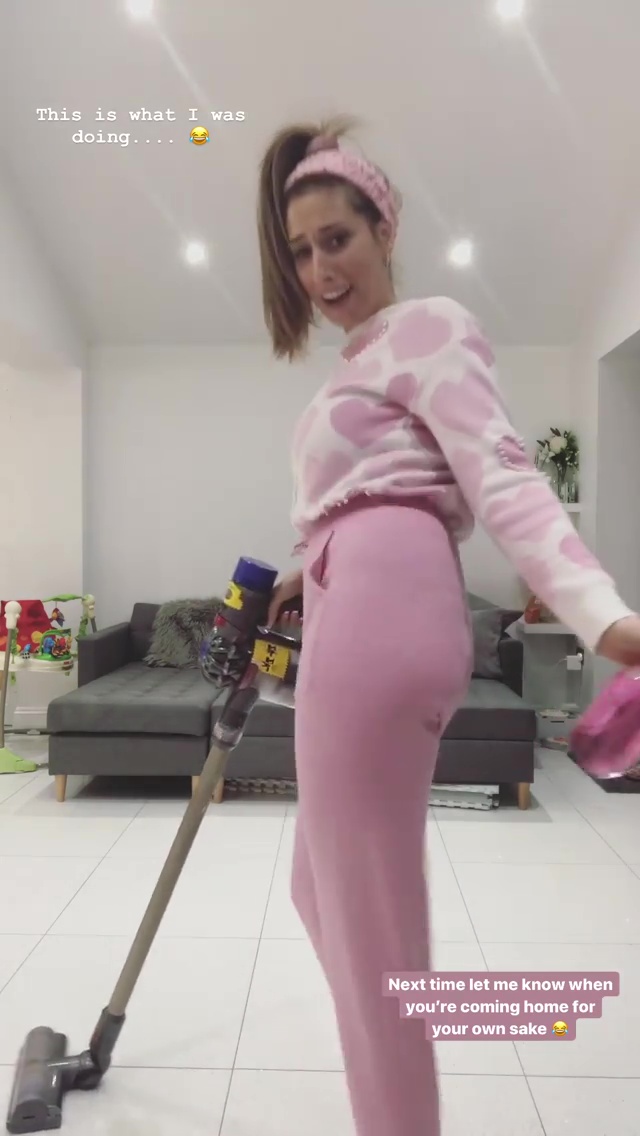 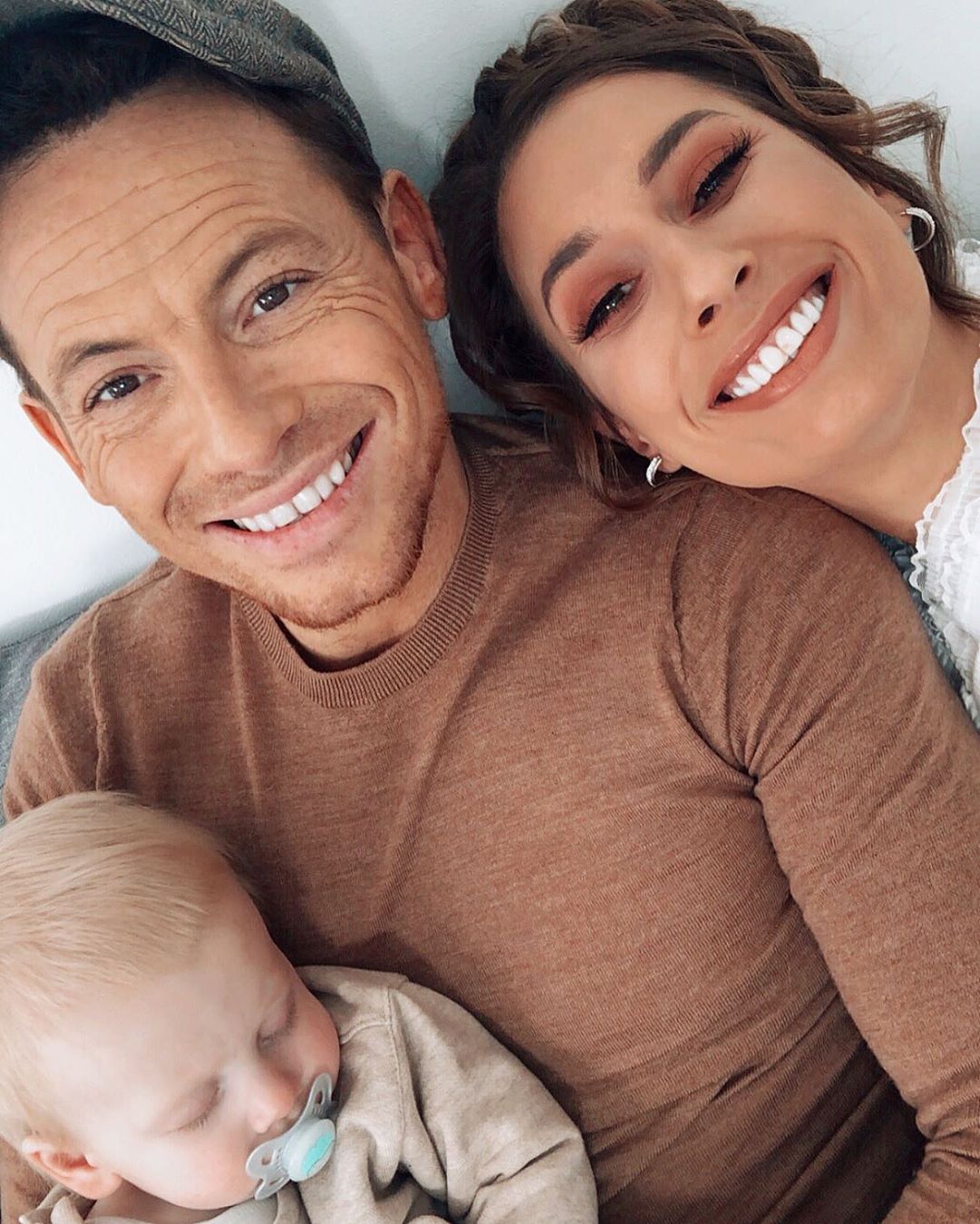 But Stacey clearly doesn't care what people think about her antics online and earlier this week, she told trolls to 'have a day off' as she was accused of neglecting kids to have a bath.

The Loose Woman told off the trolls who bashed her for daring to take a soak after a long day with the kids. 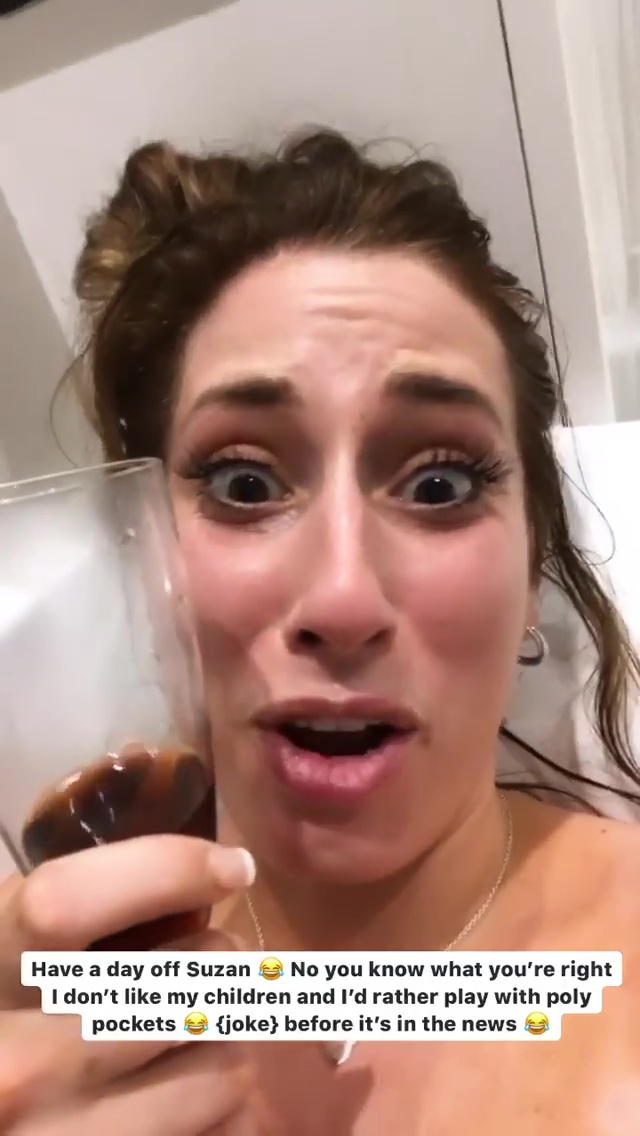 Stacey hit back at mum shamers who tried to make her feel guilty for indulging in a bath.

The TV presenter saw the funny side and told the trolls to "have a day off" as she was accused of neglecting kids to have a bath.

Speaking from her cosy tub, she posted on her Instastories: "Been reading all your messages they actrually malke my day. There's naturally a couple of Susan's but they bring me laughter too. 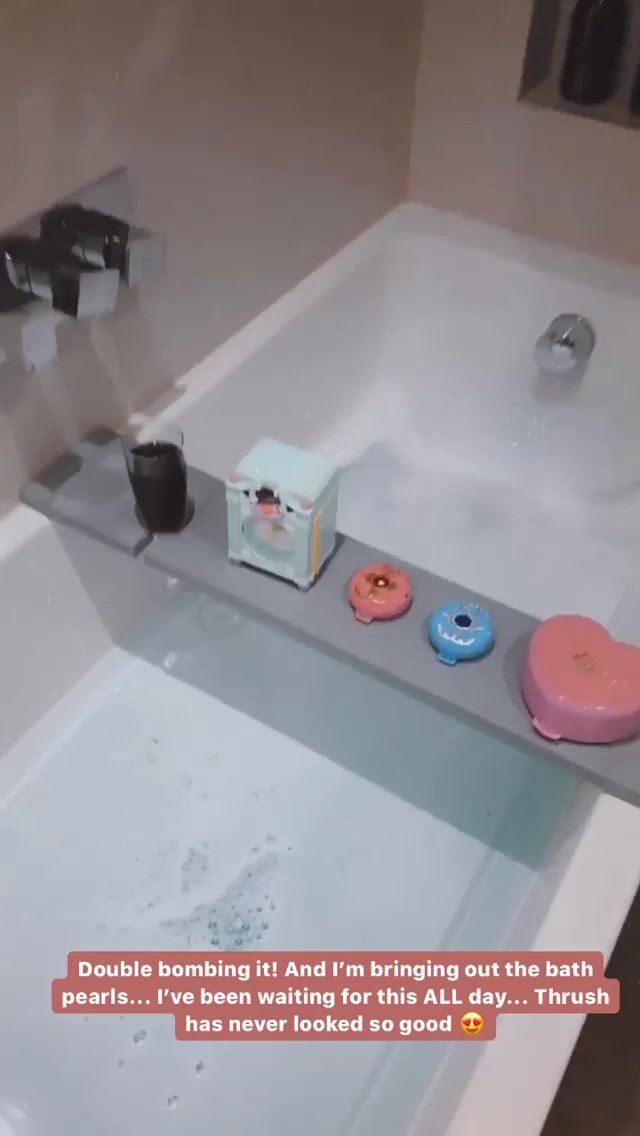 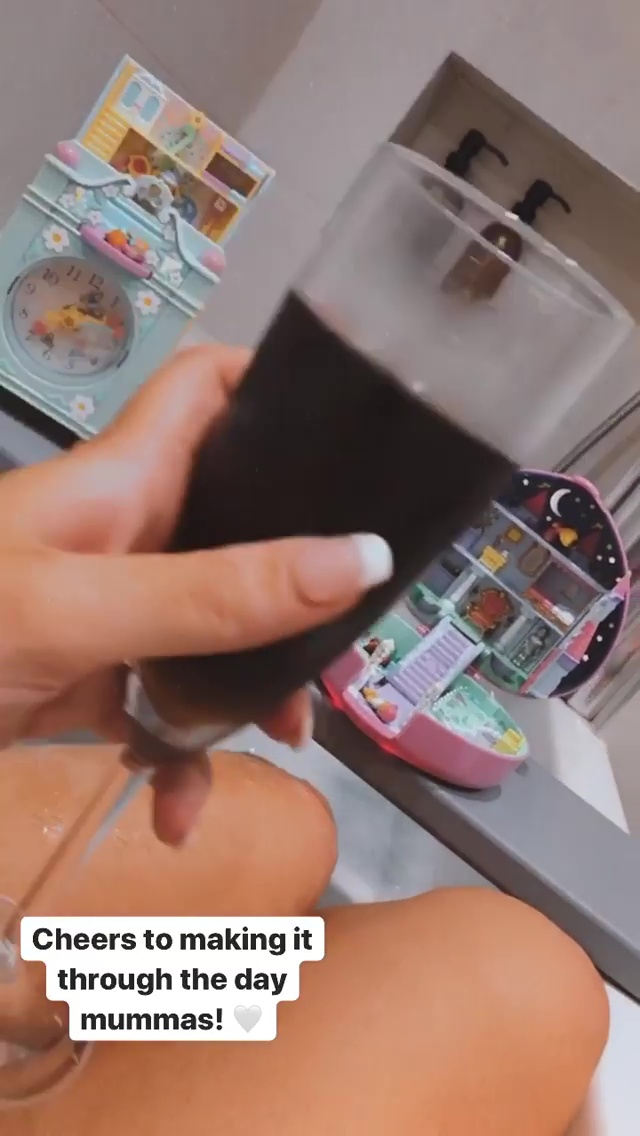 She added: "No you're right. I don't like my children and I'd rather play with poly pockets (joke) before it's in the news."

Stacey enjoyed her relax in the bathtub after she had spent the past few days taking care of her children who were all poorly at the same time.

She begged Joe Swash to return home after ALL three children fell ill and started being sick.

The 30-year-old star asked her boyfriend to "hurry home with a sick bucket" as she documented the dramatic night in their family home this evening. 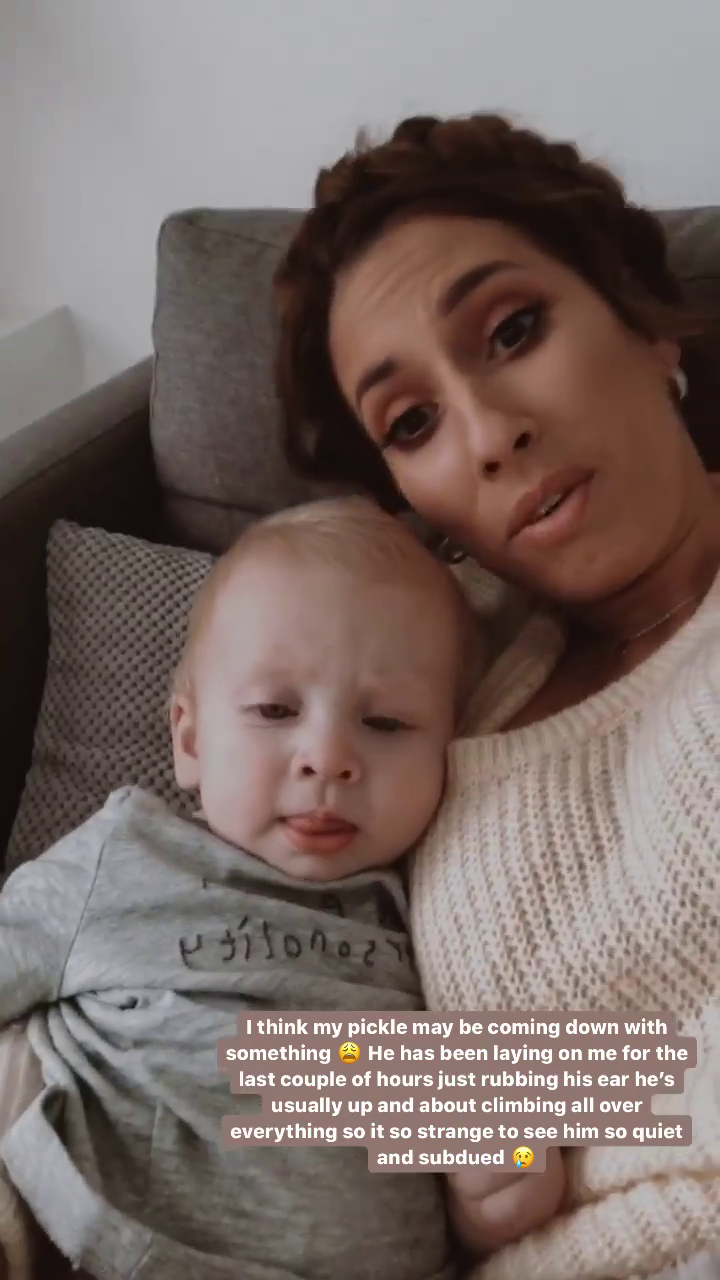 Stacey was left stunned when her three boys went from happily eating pancakes to vomiting – forcing her to spend the evening disinfecting.

However, Stacey soon realised that something wasn't quite right, sharing a video of Rex cuddled up next to her on the sofa, explaining: "I think my pickle may be coming down with something.

"He has been laying on me for the last couple of hours just rubbing his ear, he's usually up and climbing all over everything so it is strange to see him so quiet and subdued." 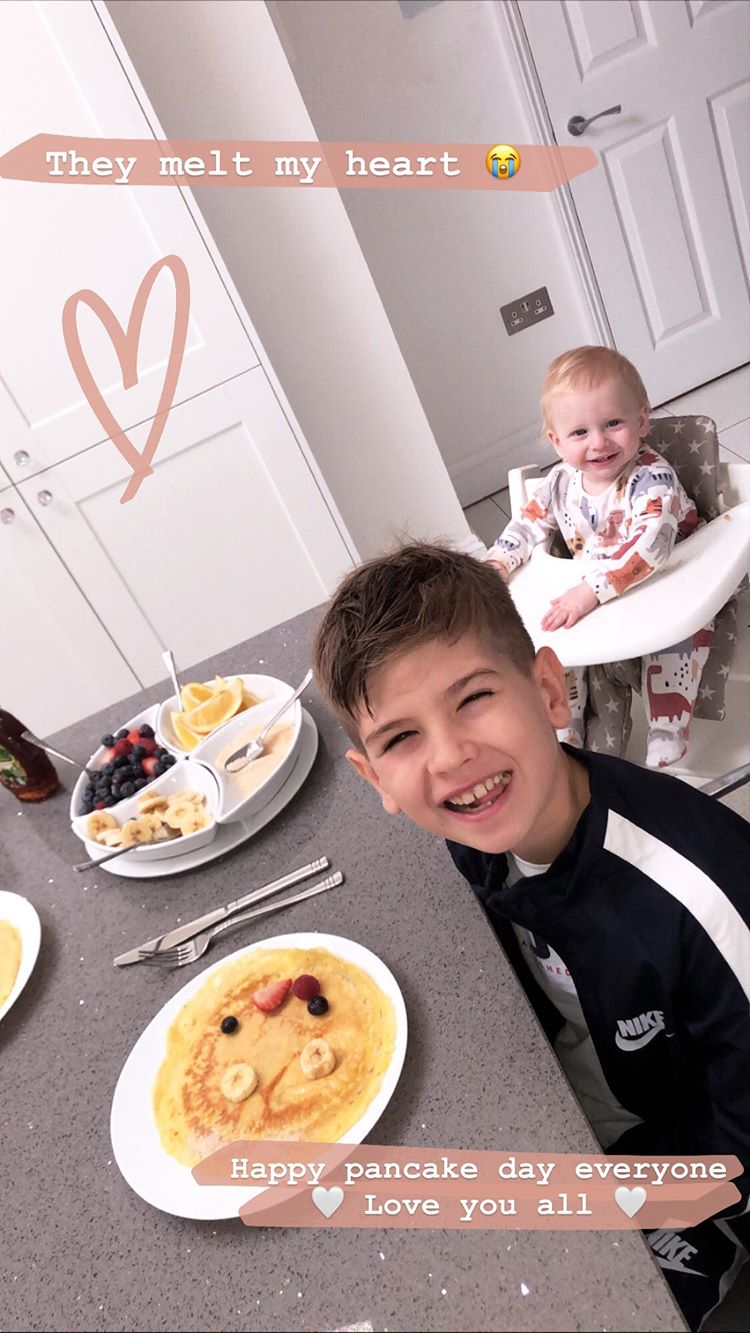 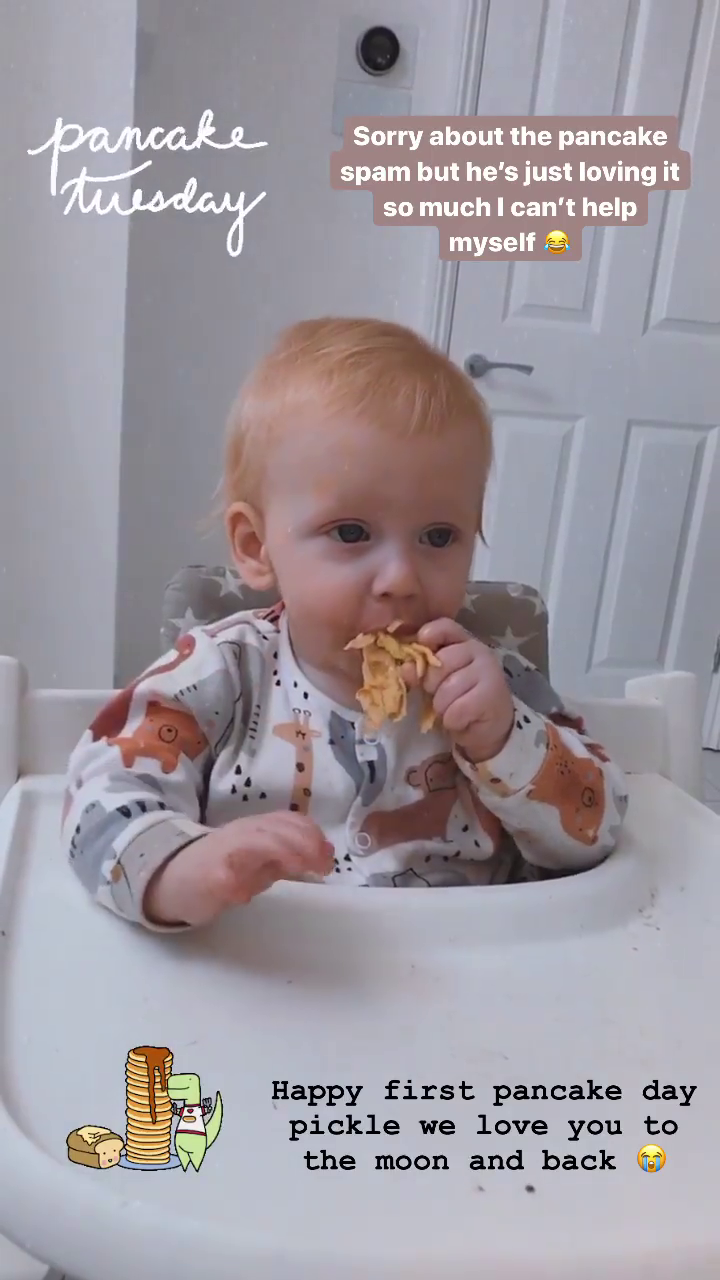 The next post was slightly more graphic, with Stacey sharing a photo of the playmat covered in sick – which she had censored with a skull emoji.

The mop in full view, the mother-of-three wrote: "Okay… Every one of my pickles are dropping like flies.

"They're all unwell, I knew they weren't themselves but I wasn't prepared for this.

"Looks like I will be spending my night boiling the bedding and their clothes and then militoning [sic] the house from top to bottom. Send help." 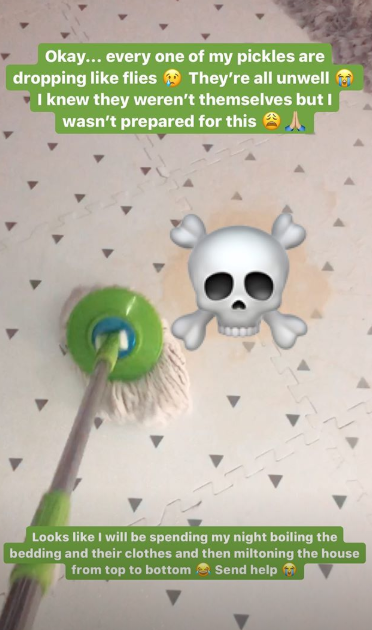 She added: "Hurry home @RealJoeSwashy – It's going to be a fun night."

Stacey then shared a picture of herself and Joe beaming at the camera with baby Rex – admitting that she was missing her partner while he competes on ITV show Dancing On Ice.

She captioned the sweet snap: "Because of you, I laugh a little harder, cry a little less and smile a LOT more.

"Took this earlier before all of our babies suddenly got struck down with a bug, I had the best morning just being silly with you and having all the cuddles, it’s been a while sometime I forget how funny you are… 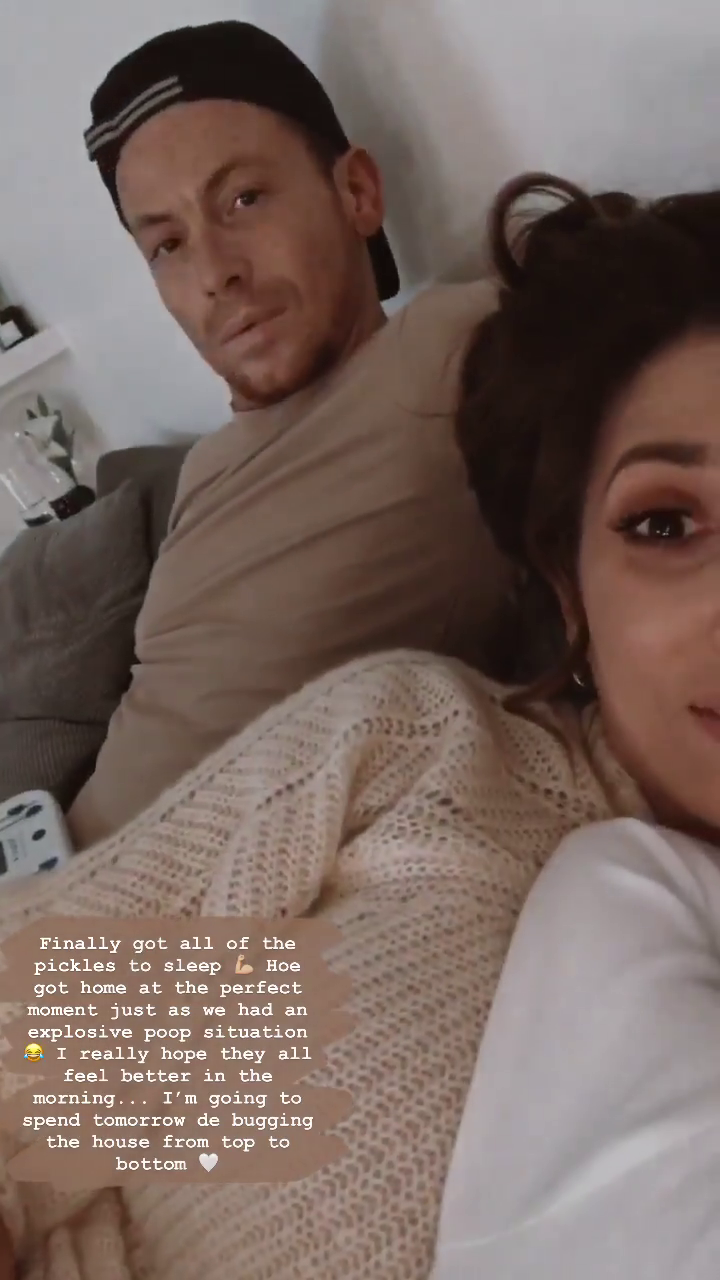 "Anyway that’s enough mush, now hurry up and get home, grab some marigolds, and a sick bucket on your way back – it’s going to be a lonnnnng night.

"P.S. I realise I have lipstick on my teeth in this picture Hoe’s [sic] girl code is terrible".

She added on her Story: "I'm not going to lie, I'm so excited for Dancing On Ice to end so I get you back and get more days like this."

However, poor Joe might have something to say about that as he arrived home from training at the worst possible time and had to immediately run into the shower.

Cradling a sleeping Rex, Stacey tried to contain her giggles as she told fans: "I finally got all of the pickles to sleep, Joe got home at the perfect moment – just as we had an explosive poop situation.

"I really hope they all feel better in the morning, I am going to spend tomorrow de-bugging the house from top to bottom."