EXCLUSIVE: Sony Pictures and Blumhouse are revving back up Christine, a new version of the Stephen King novel that Bryan Fuller is writing to direct. Jason Blum is producing for Blumhouse, and Vincenzo Natali and Steven Hoban are also producing. 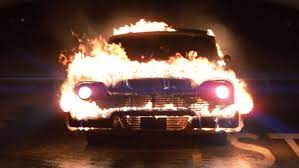 The 1983 original was directed by John Carpenter about a shy teen who comes out of his shell after he buys a ’58 Plymouth Fury to fix up. The car has a mind of its own, as well as a murderous past, and begins to change the young man and everyone around him in most dangerous fashion. 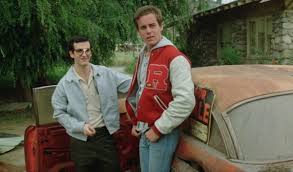 Fuller has a solid sci-fi pedigree as a writer and producer of the series Star Trek: Discovery, American Gods, Hannibal, Heroes and others. Fuller is getting under the hood with the intention is to keep it in an ’80s time period and grounded in King’s bestseller. It’s a good time for the author, who’s getting strong reviews for the Apple TV+ limited series Lisey’s Story which King adapted from his novel.

Peter Kang is overseeing for Sony Pictures. Fuller is repped by WME, Brillstein Entertainment Partners and Ziffren Brittenham; King is repped by Paradigm.