Skip to content
HomeTV and MoviesThe New Mutants review: Is the final X-Men movie worth watching? 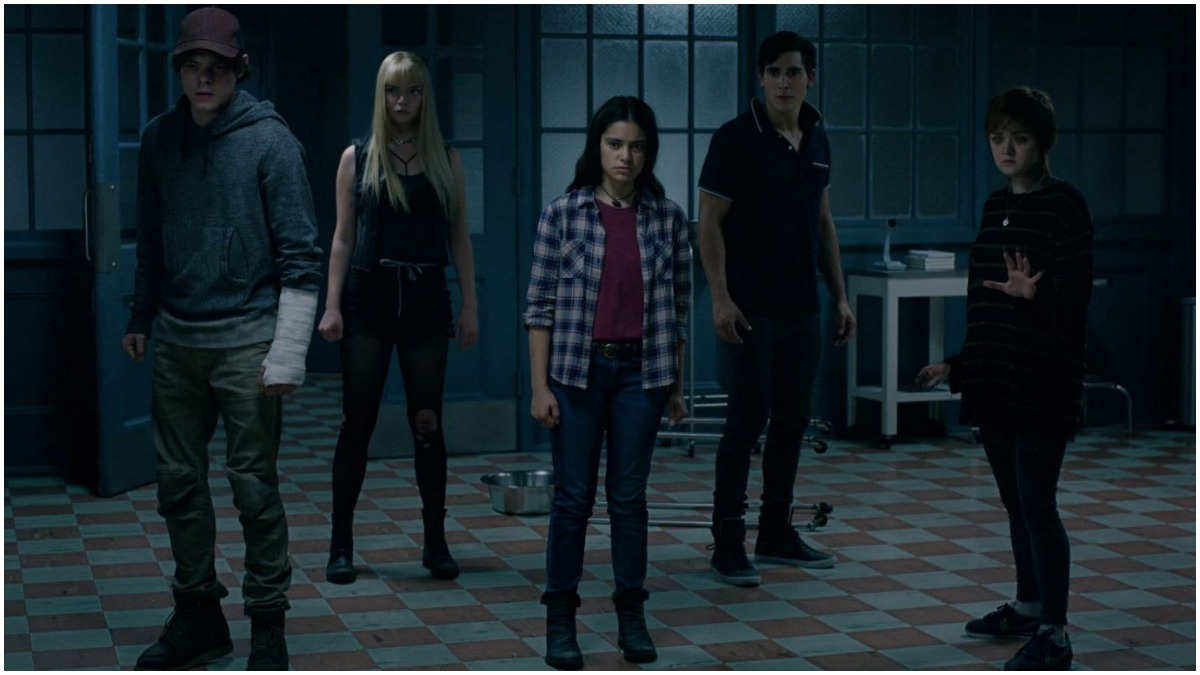 One of the most curious superhero movies of recent times is The New Mutants, a film that was supposed to hit theaters in 2018 but ended up delayed for over two years.

With the purchase of Fox by Disney, it seemed that the movie was never going to come out, but it finally hit theaters on August 28.

So, was it worth the wait, or was it the train wreck than many critics assumed was the reason for the delays?

The New Mutants is part of the X-Men franchise, but the movie only has passing references to the X-Men themselves. Instead, this is a very personal film with five kids and one doctor in a single location and no real supervillains to be seen.

The movie starts off with a young Native American girl named Dani Moonstar (Blu Hunt) sleeping. Her father (Adam Beach) wakes her up and tells her they need to get to safety. He places her in hiding but then dies, causing her to run for her life until she falls, unconscious.

When Dani wakes up, she is in a facility of some sort handcuffed to a medical bed. A doctor named Cecilia Reyes (Alice Braga) joins her in there and explains where she is.

This is an abandoned hospital (with an abandoned church next to it) and is where Dr. Reyes cares for a group of young mutants. As she explains it, the X-Men are heroes who can control their powers. However, young, new mutants are a danger to themselves and those around them.

This facility teaches the young mutants to control their powers before they are then moved to the learning facility ran by Dr. Reyes’ superior. It was hinted that this was Xavier’s school and the X-Men.

Dani then meets the other patients/prisoners.

Rahne (Maisie Williams) is a girl who can turn into a wolf. Illyana Rasputin (Anya Taylor-Joy) is a girl who has what amounts to sorcery powers and can create a metal arm and a sword and can also teleport herself to a place called Limbo.

Between these two young women and Dani, this movie has one of the strongest female casts in a superhero movie. What makes it even better is that, for anyone who reads the comics, Williams and Taylor-Joy are pitch-perfect in their portrayals of Rahne and Illyana.

The other two are boys. Sam Guthrie (Charlie Heaton) can shoot himself through the air like a cannonball while Roberto da Costa (Henry Zaga) can manipulate solar energy and become a solar conductor.

Dani has no idea what her mutant powers are.

After Dani is there for one night, something strange starts to happen in the hospital. One by one, the mutants’ greatest fears come to life in physical manifestations and tries to kill them. Soon, the kids realize they are in grave danger, and since a force field surrounds the entire facility, they have nowhere to run.

What carries this movie is the fact that this is an anti-X-Men movie. At one point, Sam asks why any of them would want to wear a costume and fight supervillains? That is what makes this movie special.

This is a film about five teenagers who came in as strangers and have struggled to fit in even with each other. Each of them has dark pasts due to their powers (although at least one of them is proud of the carnage they left in their past).

It is also nice that this movie is not tied as deeply into the X-Men universe, although there is one major Easter egg that showed where this franchise was heading if Fox kept making X-Men movies.

A specific organization from Logan showed up, and there were rumors that a post-credit scene was scrapped that would have introduced a major X-Men villain.

With that said, there is so much to love about this movie.

This film has the first real LGBTQ+ relationship in Marvel movies, it is a story about overcoming one’s fears, and it has some great scenes that pay homage to Buffy the Vampire Slayer for fans of that show.

The New Mutants is a very good superhero movie. It is different enough from others, a straight-up horror movie with monsters straight out of horror films and some great effects scenes.

However, it is at its best as a movie about five teenagers who don’t know their place in the world but find a family in each other.

Every kid in this film carried their weight, and bonus credit goes to the pitch-perfect casting of Maisie Williams and Anya Taylor-Joy.

While the end of the final battle seemed a little weak, it sold the story of overcoming one’s fears and proved this was a personal story of five young mutants who needed to discover themselves in order to become true heroes.

If you are looking for something completely different at theaters this weekend, The Personal History of David Copperfield (read review here) just opened as well.

The New Mutants is in theaters right now.