“I give zero f–ks about people who don’t understand/ haven’t read Sandman whining about a non-binary Desire or that Death isn’t white enough,” Gaiman tweets 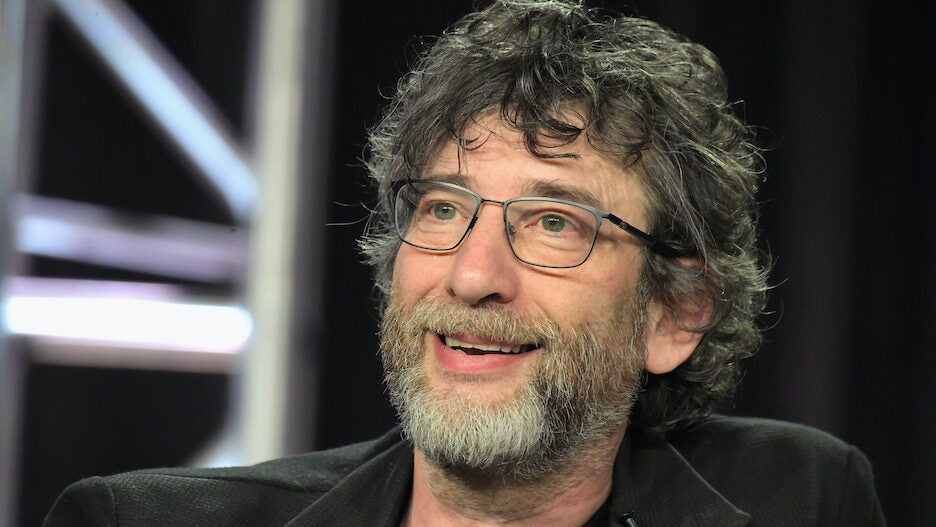 “The Sandman” author Neil Gaiman slammed criticism over the weekend of the recent castings announced for Netflix’s TV adaptation of his beloved comic book series, which includes a nonbinary actor playing Desire — who is a nonbinary character in “The Sandman” — and Black actress Kirby Howell-Baptiste set as Death — a character that visually depicted as white in the comics.

“I give all the f–ks about the work,” Gaiman tweeted Saturday in response to a user who accused the “The Sandman” creator of selling out, saying it “irks” them Gaiman doesn’t “give a f–k” about standing by his work. “I spent 30 years successfully battling bad movies of Sandman. I give zero f–ks about people who don’t understand/ haven’t read Sandman whining about a non-binary Desire or that Death isn’t white enough. Watch the show, make up your minds.”

Described as “a rich blend of modern myth and dark fantasy in which contemporary fiction, historical drama and legend are seamlessly interwoven,” Netflix’s “The Sandman” follows the people and places affected by Morpheus, the Dream King, as he mends the cosmic — and human — mistakes he’s made during his vast existence.

Last Wednesday, Gaiman and Netflix revealed 12 additions to the cast of their “The Sandman” TV series, which stars Tom Sturridge as Dream of the Endless/Morpheus. Among the names Gaiman unveiled via blog post were Howell-Baptiste as Death, “Dream’s wiser, nicer, and much more sensible sister,” and nonbinary actor Mason Alexander Park as Desire, “Dream’s sibling and everything you want, whatever you want and whoever you are.”

When announcing the casting of Park as Desire, Gaiman wrote, “We had barely started looking when (they/them) reached out on Twitter, and threw their hat into the ring. We were thrilled when they got the part,” and for Death, he said, “Significantly harder to cast than you might imagine (well, than I imagined, anyway). Hundreds of talented women from all around the planet auditioned, and they were brilliant, and none of them were right. Someone who could speak the truth to Dream, on the one hand, but also be the person you’d want to meet when your life was done on the other. And then we saw Kirby Howell-Baptiste’s (she/her) audition and we knew we had our Death.”

Gaiman has been defending his casting choices on Twitter for days, mocking users ignorant of the fact Desire is a nonbinary character, and amplifying voices of “Sandman” readers speaking to how the inclusion of the character helped them.

“Desire. Mad that DESIRE isn’t affixed to one gender. Have these people read Sandman?” one person tweeted, to which Gaiman responded: “I don’t think so, no.”

“Wasn’t Desire… always non-binary…??,” another wrote, with Gaiman saying: “Well, yes. But you’d have to have read the comics to know that. And the shouty people appear to have skipped that step.”

Gaiman also retweeted John Scalzi’s response in support of Gaiman’s choice: “Desire in Sandman was really the first time I encountered in fiction the idea of a person being non-binary. It helped me when reality presented me with out non-binary people, some of whom I now know and love. I can’t imagine reading Sandman and desiring Desire as anything other.”

See Gaiman’s tweets and retweets below.