Skip to content
HomeTV and MoviesThe Trouble with Maggie Cole location: Where is it filmed? Where’s it set?

ITV will be premiering a fresh new comedy starring comedienne Dawn French, who takes on the role of the eponymous Maggie Cole whose loose lips land her in hot water. The Trouble With Maggie Cole has a unique setting which plays host to the drama. Here’s a look at what the locations in the six-part series used as part of its shoot.

Where is The Trouble with Maggie Cole set?

The Trouble With Maggie Cole sees the title character find herself at odds with her friends and neighbours after she divulges too much about her fellow villagers during an interview with a local radio station.

Chaos quickly ensues ash Maggie has few friends left when her drunken rant causes her to reveal some deep dark secrets from the close-knit community.

The show will see how she redeems herself after her faux pas with the key setting of the coastal village of Thurlbury.

Most of the action takes place in Thurlbury at the homes of various characters as well as communal areas. 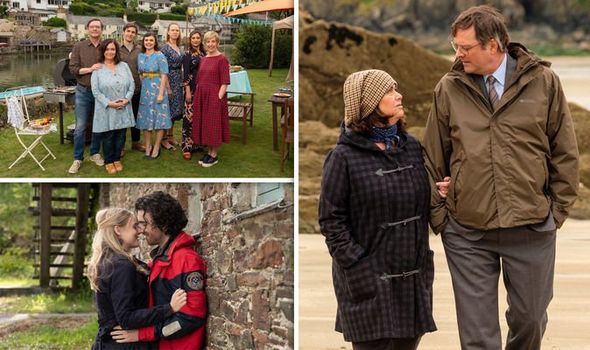 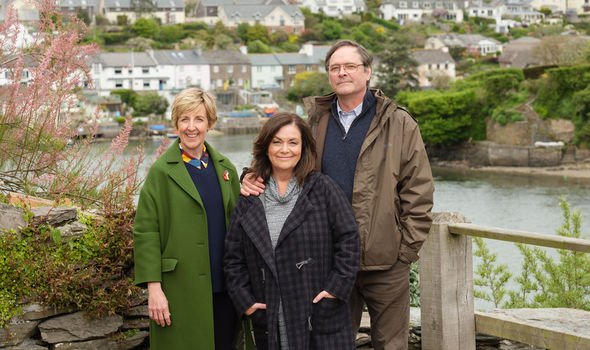 Where is The Trouble with Maggie Cole filmed?

The series was filmed in various locations across South Cornwall and Devon.

Speaking about the shoot, French explained: “We’ve filmed on beaches that I went on as a kid like Mothecombe. Launceston Castle is somewhere I also spent time as a kid. We did film in a lot of places that are my manor.

“Of all the cast I am the one who does know this area a bit. But there are still little bits in Cargreen where I had never been down a particular road.

“There was a whole little village there that I had never seen. So that was exciting.” 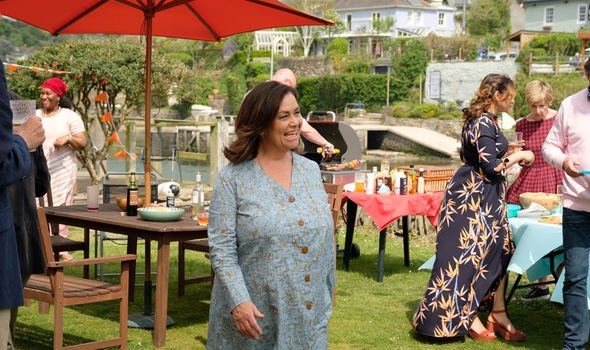 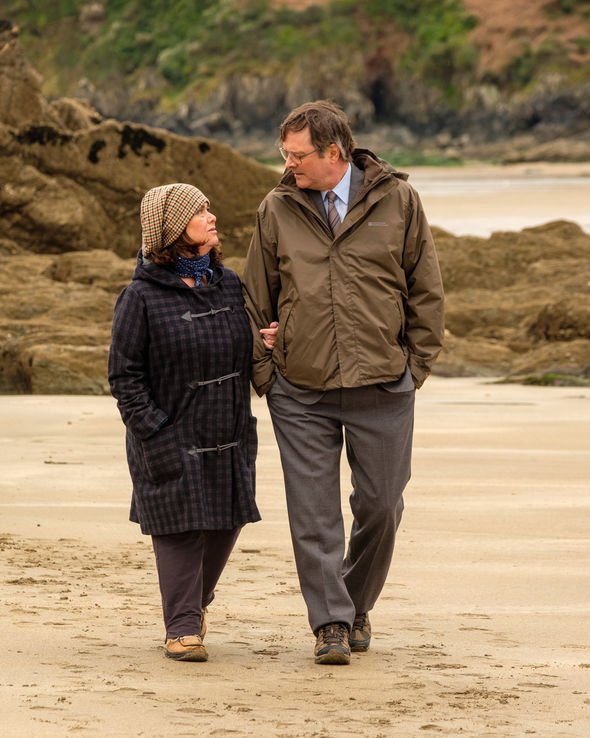 Another location was Noss Mayo, where Marcus’ (Patrick Robinson) holiday home in the show is located.

The show follows on from the likes of Doc Martin and The Darling Buds of May which showcase the south-west of England.

The Trouble With Maggie Cole was originally supposed to be a novel French was planning on writing but hadn’t managed to due to lack of time.

French was approached by a producer about turning it into a TV show with Mark Brotherhood on writing duties.

Although there will be lots of conflict in Thurlbury, the show promises to be filled with warmth at its heart.

The Trouble With Maggie Smith delves into the minutiae of village life and the dark corners which lie beneath the facade of the picture-postcard idyll.

French went on to tease: “There is a montage at the beginning of each episode.

“There has been an accident in the village. We don’t quite know who is involved in it and as each week goes by we find out a little bit more about who is involved and the series of events leading up to it.

“The accident kind of draws all the various characters together. So that’s a bit of tension that runs through it all.”

Fans will have to wait and see how things pan out for Maggie and whether she will be able to make a mends for what she’s done.

But it looks like there will be some other mysteries which will be brought to light by Maggie’s wagon tongue.

Depending on the success of the show, fans could expect to see another series.

The Trouble with Maggie Cole starts on ITV tonight at 9pm