Skip to content
HomeTV and MoviesThe Voice Top 9 Performances Recap: Which Singers Sounded Like They'd Be Going All the Way, Not Just Away?

There was no question what The Voice’s Season 19 semifinalists were hoping they’d be unwrapping this holiday season: a pass to next week’s finale. But which of their Fan Week performances Monday sounded like they were going to land them on viewers’ nice lists, and which were going to leave them scrambling for a reprieve in Tuesday’s five-way Wildcard Instant Save face-off? Read on, and before four more singers get the chop — man, this season has zipped by! — we’ll discuss. 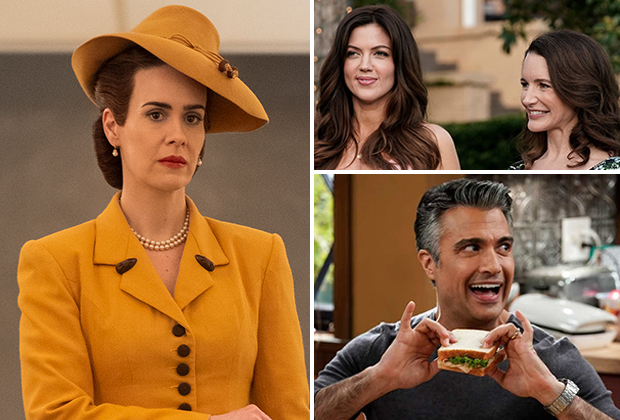 Jim Ranger (Team Blake), “Without You” — Grade: B- | Aw, I have to admit I was bummed when Jim revealed that he’d be doing Nilsson’s classic; it was made for John Holiday, right? As it was, while perched atop one of the time-travel rocks from Outlander, Jim gave his performance his all. His all, in this case, just wasn’t really enough. Big-time mismatch of singer and song. Yes, Jim was able to roar when the number called for it, but he sounded pitchier, shakier and more uncertain on the verses than we’d ever heard this onetime frontrunner.

Cami Clune (Team Kelly), “The Joke” — Grade: C | In rehearsal, Kelly asked Cami to work a bit of her natural “creepiness” into her Brandi Carlile cover. Erm, wasn’t sure there was really room for that on this particular song, but hey, we’d see. Well, hear. On stage, OK, Cami did manage to imbue the number with a bit of the spooky. Unfortunately, she was so pitchy, I think we all might have gotten a free ear piercing. She’s got pipes, heaven knows, but oy. This wasn’t her anywhere close to her best.

DeSz (Team Kelly), Jim Ranger (Team Blake) and Carter Rubin (Team Gwen), “Will It Go Round in Circles” | This, the first of three trio numbers, was just plain fun. Like somebody shook up a can of joy and let it explode under the spotlight. Carter proved (as if he even needed to at this point) that he could hold his own with the big kids. Jim looked and sounded so much more at-home than he had in his solo performance. And DeSz slayed in a way that made me forget all about the questionable arrangement of her Tina Turner cover in the Live Playoffs. 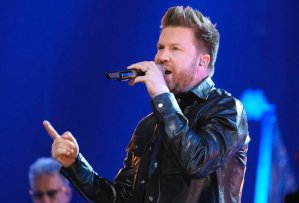 Ben Allen (Team Gwen), “All About Tonight” — Grade: A- | Running through Blake’s song with his coach, Ben was advised by Gwen to turn his personality up to 11 — it was now or never. As much as I love Ben, I wasn’t certain that he had it in him. A big voice? Yeah. But a big personality? Hmm. So color me pleasantly surprised. If Ben didn’t turn it all the way up to 11, he at least made it to nine and a half, scooting around the stage like he owned it, radiating playful charisma and singing like the gleam in his eye was being beamed straight through his vocal chords. I’ll be extremely curious to see whether viewers vote him or fan fave Carter Rubin through to the finals. This was a blast.

John Holiday (Team Legend), “Fix You” — Grade: B+ | I was actually nervous before we were told what song John would be doing; I was like, “Uh, couldn’t he do ‘Without You,’ too?” Alas, he got Coldplay instead. And at first, it went pretty well. Seated at the piano, John drew us in with a vocal that was as vulnerable as arms asking for an embrace. He ended strong, too, singing with a bracing emotional fragility. In the middle, though… yes, John could hit the notes on the bigger, rockier part of the song. But he sounded uncomfortable (see also: Jim on the verses of “Without You”), like an excellent singer being asked to perform a song for which he wasn’t ideally suited.

Ben Allen (Team Gwen), Ian Flanigan (Team Blake) and Tamara Jade (Team Legend), “Tulsa Time” | This was actually an interesting experiment in that it let us hear Ben and Ian sing back to back. Ben, the louder, clearer singer, was definitely the winner of the face-off. Mind you, anytime Tamara opened her mouth to sing a chorus, the fellas turned into her backup singers. The verse wasn’t ideal for her, but she owned the chorus.

DeSz (Team Kelly), “Don’t Let Go (Love)” — Grade: A+ | Oh yeah! From the first note, DeSz sounded like she owned En Vogue’s classic. Like maybe she’d let you borrow it sometime, but she owned it. Her voice was so raw and bombastic, it was like one detonation after another in the ears. I know that kind of raucous, passionate vocalizing isn’t everyone’s cup of tea, but [bleep], it left me ready to order a whole pot. And the range on DeSz — damn! This was an even better singer/song matchup than Ben and his Blake cover. Divine. 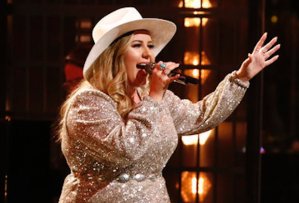 Bailey Rae (Team Legend), “Georgia on My Mind” — Grade: C+ | I know Bailey’s kind of a dark horse in this race — and only got into the Semifinals by winning the Instant Save (after Ryan Gallagher was tossed) — but I like her; she’s country, plain and simple — you know, the way it’s supposed to be. That said, this was by no means her strongest performance. She had some lovely moments, sure, but interspersed among them were some really dodgy ones. I suspect tomorrow’s Instant Save performance will be her last in the competition.

Gwen Stefani, “Let Me Reintroduce Myself” | Two things about the coach’s new single. 1. It’s fun, catchy, and is it just me, or is it very No Doubt? 2. The show let her bracelets jangle into her mic like she was Joan Crawford in Strait-Jacket throughout the entire episode, but she didn’t wear them for her performance? Maybe next time, wardrobe as well as talent should go to sound check.

John Holiday (Team Legend), Cami Clune (Team Kelly) and Bailey Rae (Team Legend), “Pompeii” | Hmm… well, ya couldn’t have asked for three more different singers to team up on a song, could ya? It sounded like a recipe for disaster — and whad’ya know, that was what it was. Bailey and Cami’s off nights only got further off, and while John was the best of the trio, even he couldn’t keep the train from going off the tracks.

Ian Flanigan (Team Blake), “Angel” — Grade: A | Aaah… You might not immediately have though, “Oh, sure, Ian and his chalky voice would be amazing on Sarah McLachlan’s ballad.” But his weathered, been-there-survived-that tone really worked, adding a weight to his performance that was so utterly believable, it felt less like he was singing someone else’s song than telling his own story. For a Semifinals performance, I might have gone with something more dynamic, but between Ian’s solid, credible vocal and the fact that he’s on Team Blake, he oughta sail into the Top 5 with ease. 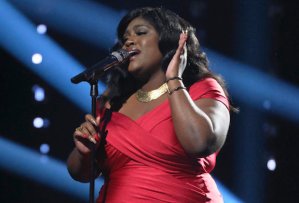 Tamara Jade (Team Legend), “Let It Be” — Grade: B- | Hilariously, Tamara told us before her performance that she was so close to the finale, she could taste it. (And from the way she described it, it was delicious.) I was worried, though, after she’d needed her coach to save her following the Live Playoffs. Then I was worried again when Tamara started singing; was she hurrying through the verse, or was I just getting used to her arrangement? It seemed shrewd to take the Beatles to church, yet… it didn’t entirely work. The whole thing came off noisy rather than thrilling. Even Gwen couldn’t muster up a compliment afterward other than to note that wow, Tamara is “sparkly and shiny.” Good idea, questionably arranged. A grade-A singer should never be left by her coach to sound like anything less.

Carter Rubin (Team Gwen), “The Rainbow Connection” — Grade: A+ | Oh, man. Just hearing Carter run through the littlest bit of the Muppets classic in rehearsal, I was ready to bawl. “Make it more pop than a musical,” Gwen told him. “Gah, hush, Gwen,” I yelled at the TV. “He knows what he’s doing!” When it was go time, oh my Gonzo. Carter turned out a performance that was so sweet, it would make the Grinchiest heart grow three sizes. Truth be told, I wasn’t crazy about the modernization of the arrangement; a voice as pure as Carter’s doesn’t need it. But his vocals were so beautiful, so flawless, I still felt like we were listening to Season 19’s winner.