The most recent episode of AMC’s epic horror series saw Daryl (played by Norman Reedus) severely injured after a violent bout with Alpha (Samantha Morton). One fan favourite TWD character wasn’t so lucky, failing to escape with her life after a brutal attack.

After a terrible ordeal in Alpha’s (Samantha Morton) cave trap, the fates of Connie (Lauren Ridloff) and Magna (Nadia Hilker) are in the balance with most of the team presuming them crushed under rubble.

The Whisperers, a group of survivors who mask their identities with the skins of Walkers, have begun to splinter as the loyalty of Gamma (Thora Birch) is tested.

Gamma arrived in Alexandria in the most recent episode, Stalker, informing the inhabitants of the events in the cave.

Naturally, she isn’t trusted and Gabriel (Seth Gilliam) and Rosita (Christian Serratos) lock her away. 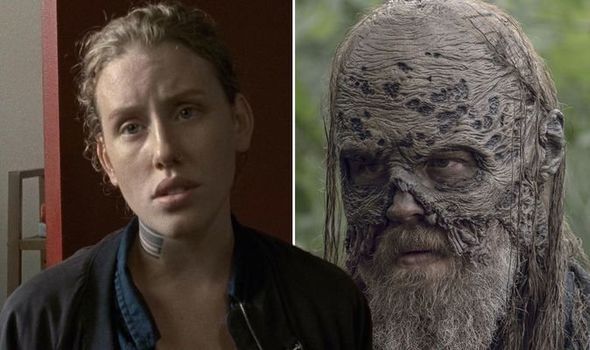 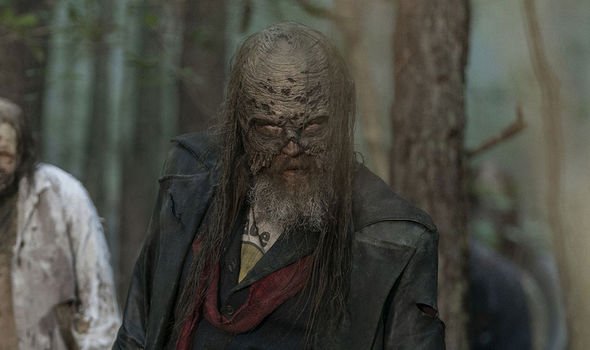 Beta unleashes a brutal attack on the residents of Alexandria, killing many of them when he went into a violent rage.

Among them was Laura, (Lindsley Register), who was introduced to the series in season seven.

She was initially added to the show as an antagonist, but after departing Negan’s (Jeffrey Dean Morgan) Saviours served on Alexandria’s leadership council. 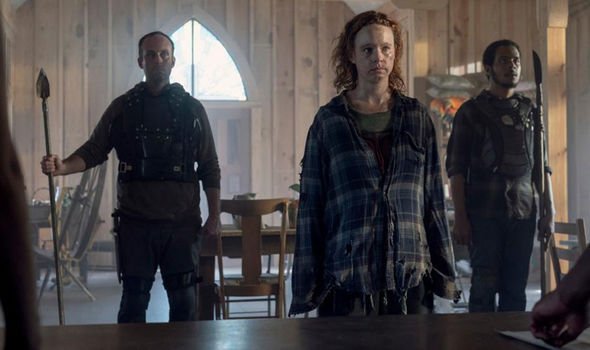 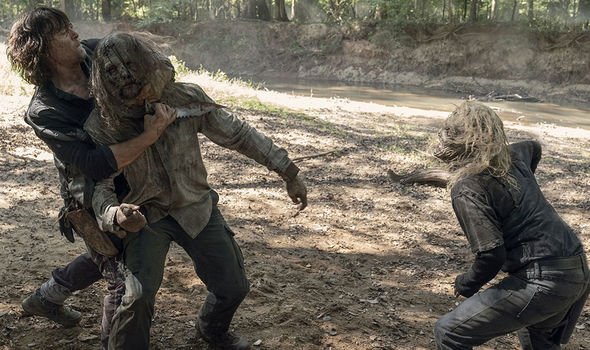 Viewers were startled by her untimely demise in the last episode, and recoiled when she suffered a nasty blow from the vicious Beta.

Fans took to Twitter to decry the series’ decision to axe Lindsley’s character midway through the ongoing season.

One said: “Nooooo I was screaming at him not to do it, she was my favourite side-character! Thank you for portraying her. You did an amazing job.”

Lindsley responded to the Tweet and said: “I can’t believe it’s over. Thank you.”

Another fan was equally upset by her death and chipped in: “Why? Don’t think I will stop cosplaying her! Lots of love and I’m excited for what might come next for you.”

To which the actress replied: “Thanks for sending love. It’s tough closing this chapter.”

Some fans had been pushing for more screen time with Laura and were particularly distraught by Beta’s grisly methods for murder.

The steadfast survivor managed to hold him off long enough to allow time for Gamma’s escape but, after a brief tussle she was slammed against the wall of the cell.

A few viewers proposed Laura could have survived the ordeal, but most fans believed the nasty crack of bones was a definitive sign she won’t be coming back.

Laura may just be the first confirmed death of the second half of season 10, as fans are still holding out hope for Connie and Magna after looking at the show’s cast lists.

With Alpha declaring herself stronger than ever, Hilltop are preparing for a major siege against the Whisperers in the upcoming episode.

The Walking Dead season 10 airs on AMC in the US on Sundays and FOX UK on Mondays.