Connie (played by Lauren Ridloff) and Magna (Nadia Hilker) have been key cast members ever since their introduction after their introduction in season nine of the AMC zombie epic. Now TWD fans are concerned they could be facing an untimely exit from the series.

The long running series delivered one of its most crushing midseason cliffhangers yet when The Walking Dead went on winter break back in December.

Daryl (Norman Reedus) and his team of survivors were led into an underground trap, a cave teeming with hostile walkers.

In the newest episode, Whisperer leader Alpha (Samantha Morton) unleashed the second part of her ambush when she set off dynamite in an attempt to seal the crew inside.

Luckily, most of the team escaped alive, but Connie and Magna remain trapped beneath the rubble. 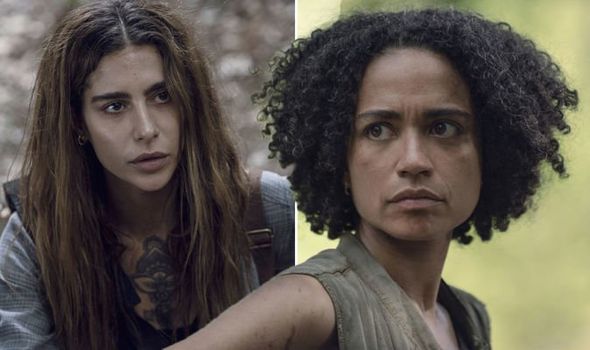 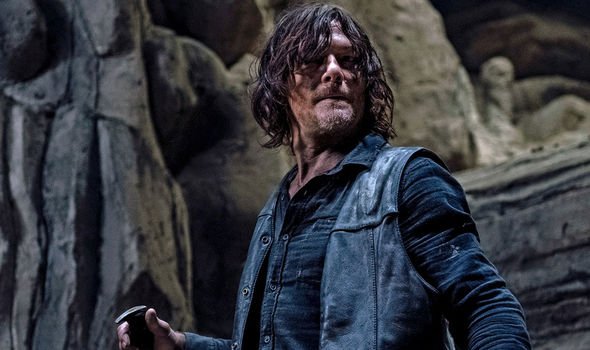 Of course, faithful fans know better than to assume the two characters have been killed off as nothing has been confirmed yet.

Comments from showrunner Angela Kang are deliberately vague, but fans believe they have the fates of the two characters worked out thanks to the cast listings on IMDb.

Lauren and Nadia’s last appearances in the show were of course the episode Squeeze, but the IMDb page for The Walking Dead confirms their presence in the show throughout the 2020 season.

This includes upcoming episodes Stalker and Morning Star, all the way up to the season 10 finale A Certain Doom. 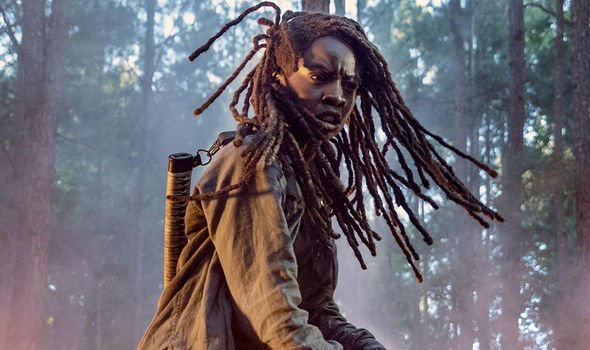 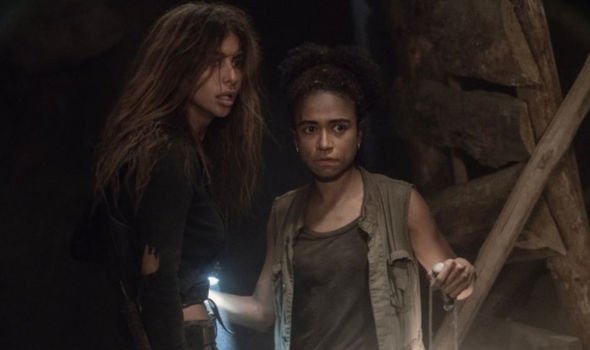 Their appearances bring their grand total of episodes for the show up to 26.

However, fans should take these listings with a pinch of salt, as nothing has yet been confirmed by AMC regarding the two actors, presumably to retain the air of mystery surrounding the upcoming events of season 10.

IMDb listings are also user-generated and often based on assumptions and hearsay, especially with a series as secretive as TWD.

Angela Kang’s comments regarding the latest episode have also given viewers some hope that Connie and Magna’s situation isn’t quite as hopeless as it appears.

In an interview with Insider she said: “There are two people that got buried within the cave, whether alive or dead, our people don’t know. That triggers the next set of adventures for Daryl where he, on the search, is going to find some things that are unexpected.”

It’s already been confirmed that a debate will rage within the team regarding the odds of Connie and Magna’s survival.

Eventually the outcome of Alpha’s ambush will be revealed, but, for now, the uncertainty will set off the chain reaction of character drama for the second half of season 10.

Angela continued: “We will eventually find out the fate of Magna and Connie.”

This could happen sooner or later, and with a show as packed with characters as TWD its no stranger to using quick editing to cut back and forth between multiple characters.

Fans could see Connie and Magna alive but struggling to escape the cave as early as the next episode, with the rest of the cast still arguing over their odds of survival.

Whatever the outcome of the Whisperer’s cruel trap, the major twist for season ten has set up a second half that will keep fans guessing every step of the way.

The Walking Dead season 10 is airing now on AMC and NOWTV.