Rochelle Humes stepped in to replace Ruth Langsford today joining Eamonn Holmes on the This Morning sofa. But where is Ruth Langsford and why isn’t she presenting?

This Morning kicked off the end of the week with everything from coronavirus to Alesha Dixon.

However, fans were left confused this morning when regular Friday host Eamonn wasn’t stood next to wife and co-host Ruth.

Eamonn was joined by The Saturday’s star Rochelle Humes as he explained exactly where his wife was.

He began: “Lots of you thinking that Ruth looks really well today.” 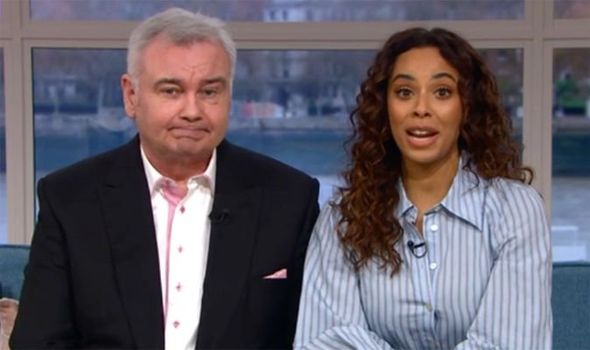 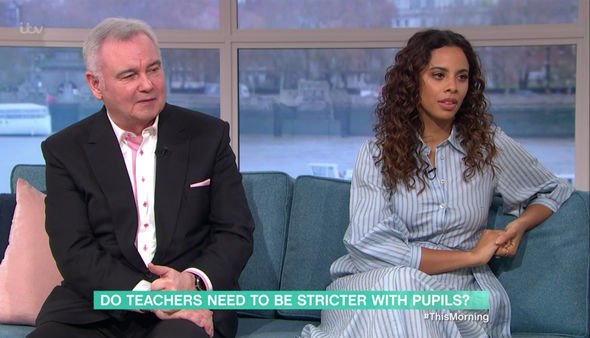 As he put an arm around Rochelle, she replied: “You always say that when I am on the show, and I’ve told you not to do that.

Eamonn explained: “Ruth has other things to do but Rochelle and I are pairing up.” 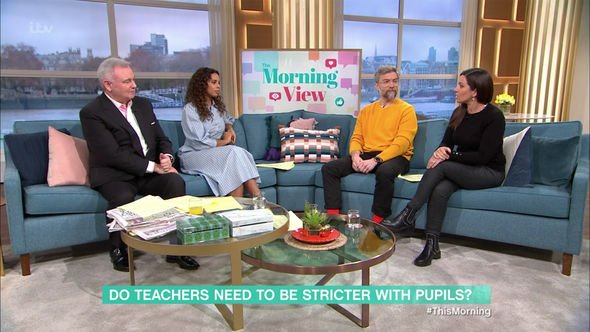 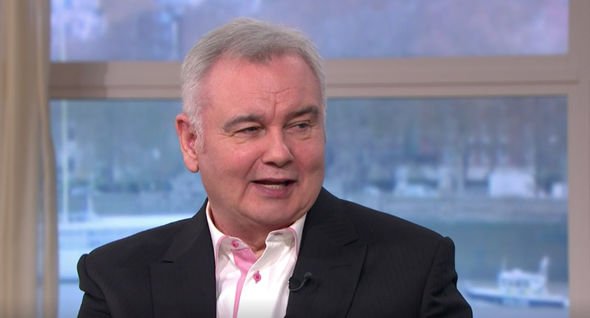 Rochelle joked: “I am Mrs. Holmes for the day.”

Eamonn and Rochelle went on to say they would be celebrating leap year birthdays on today’s show as it was February 28.

They also spoke to a couple who had been trapped in a Tenerife hotel due to a coronavirus threat.

As viewers know, Eamonn and Ruth have been co-hosting This Morning on Fridays since 2006.

The two were also the main hosts over Christmas when Holly Willoughby and Phillip Schofield went on their Christmas holidays.

This isn’t the only show Ruth presents, along with her duties on This Morning with her husband, she is a regular panelist on Loose Women.

Some of This Morning’s hosts have included stand-in and guest stints from Rylan Clark-Neal, Ore Oduba, and Amanda Holden, among many others over the years.

Later in the show, Eamonn and Rochelle turned their attention to coronavirus and what viewers can do to prevent the virus spreading.

As the segment came to an end, Eamonn jokingly told Rochelle to keep her distance as he snapped: “Don’t touch me!”

Rochelle laughed at her co-host, replying: “We need to draw a line!”

Earlier in the week, Phillip revealed he was concerned he should “self-isolate” after he took a trip to Paris with his family as returned just days after the first death caused by the virus in France was confirmed.

Speaking of the trip, the presenter announced on This Morning: “Last week I was in Paris. Do I put myself in self-isolation?”

This Morning continues on ITV on Monday at 10am.