Carole Baskin joined the likes of former GW Zoo owner Joe Exotic and film producer Rick Kirkham in Netflix’s Tiger King as the series explored how big cats are treated in captivity throughout the United States as well diving into the personal lives of its most notable figures. The series, therefore, paid special attention to the disappearance of Carole’s ex-husband Jack ‘Don’ Lewis back in 1997.

Carole and Don had been married for six years before he disappeared on August 18, 1997.

The case remains open regarding Don’s disappearance although he was legally declared dead five years and a day after he disappeared.

Carole assisted with the investigation conducted by Hillsborough County Police but was never considered as a suspect, according to Sheriff Chad Chronister (via The Post).

The case still proved as a major source of ammunition for GW Zoo owner Joe Exotic who repeatedly accused Carole of murdering her own husband in Tiger King. 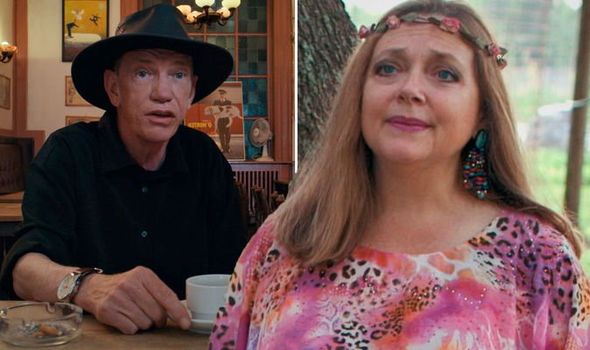 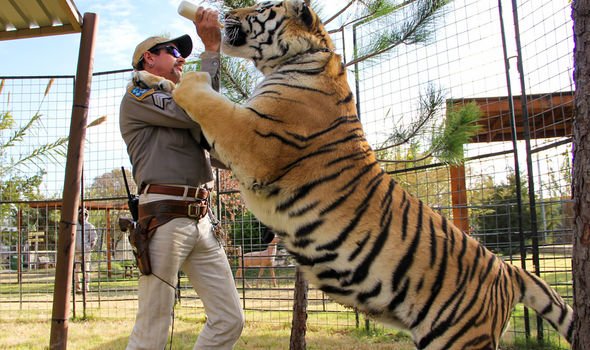 Joe accused Carole of killing her husband and feeding him to one of her tigers in her sanctuary.

He even made a music video for his single ‘Here Kitty, Kitty’ which depicted a Carole lookalike feeding meat to one of his tigers.

Since the series was released on Netflix, Carole released a public statement rubbishing the wide range of claims made in the documentary.

Published on the Big Cat rescue website, Carole said: “When the directors of the Netflix documentary Tiger King came to us five years ago they said they wanted to make the big cat version of Blackfish that would expose the misery caused by the rampant breeding of big cat cubs for cub petting exploitation and the awful life the cats lead in roadside zoos and back yards if they survive. 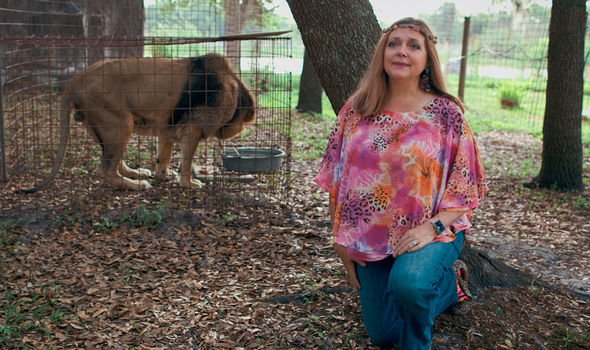 “There are not words for how disappointing it is to see that the series not only does not do any of that but has had the sole goal of being as salacious and sensational as possible to draw viewers.

“As part of that, it has a segment devoted to suggesting, with lies and innuendos from people who are not credible, that I had a role in the disappearance of my husband Don in 1997. The series presents this without any regard for the truth or in most cases even giving me an opportunity before publication to rebut the absurd claims.

“They did not care about truth. The unsavoury lies are better for getting viewers. There is no short, simple way to refute so many lies.

“If you do want to know the truth, it requires understanding the history of events in the years before my husband’s disappearance and the roles and behaviours of the people interviewed in the series, which I have tried to do as concisely as I can below but still requires a few pages.”

When asked what his response to Carole’s statement was, Rick said: “No, no, let me tell you, I know Carole, I’ve conversed with Carole on several occasions, not only from the time I was in the zoo but after the time Joe was arrested and after this series aired.

“Carole knows damn well that everything that was in there was accurate.

“Why would she want to admit it’s accurate? What’s going to happen now is the spotlight is going to turn on her.

“She doesn’t want that kind of attention put on her because the next zoo to be closed down may very well be her own.

“So it’s in her best interests to deny all of it. You know what, Carole agreed to do this documentary and she did it and it is what it is.

“I have to live with my role in the documentary and the fact that I sold out my soul journalistically to be there,

“She’s gonna have to live with the fact that she sat in front of the camera and told her story as well and that it may backfire on her.”

Tiger King is available to stream on Netflix now.