Ben, 45, was on hand to welcome another four willing contestants to today’s edition of Tipping Point, with all player’s hoping to walk away with a cash prize. All they needed to do was get all the way to the end of the game, where they had a chance to play for the £10,000 jackpot. Of course, this is a rather difficult feat to manage, with many sent home without the chance of pocketing the elusive prize fund. However, the victor on today’s instalment of the ITV quiz show looked like he might not have been so lucky and left the presenter stunned as he defied all the odds.

As well as building up cash totals throughout the course of the episode, each player is wanting to knock the star counter over the tipping point during the final round.

To do so, they only have a select number of ordinary counters to help them achieve their goal, but only a few ever achieve this.

In very rare circumstances, some have even gone on to win the £20,000 jackpot by pushing over a double bonus coin at the same time.

However, none have done as big a U-turn as today’s champion, who could have seen a different ending play out as he looked set to bow out in the early stages of the game, making his win so much more surprising. 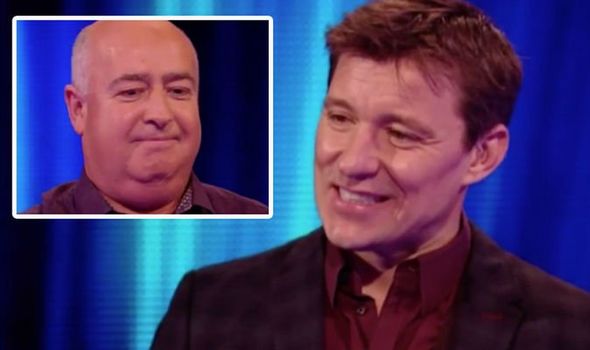 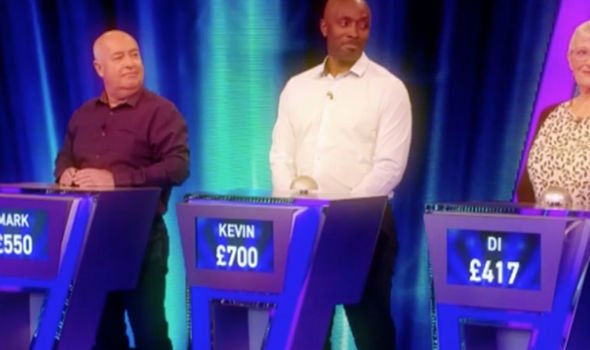 After contestant Mark lit up the studio by getting his hands on the £10,000 jackpot, the host was ecstatic at the result.

Stunned the player had actually managed the feat, Ben said: “What a sensational way to win it,” as the amateur quizzer remarked: “What a surreal experience.

“That was a quick one,” he continued after he played just seven counters to secure the ultimate prize.

The presenter then went on to detail the player’s journey and revealed things could have been very different. 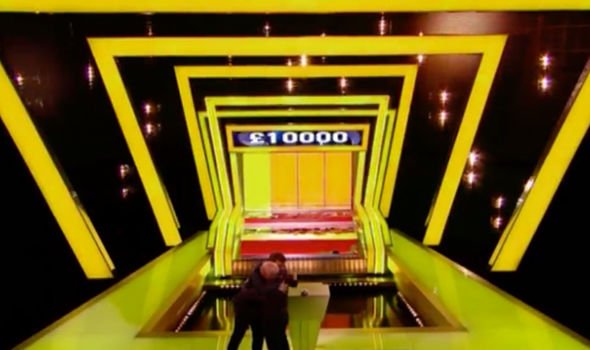 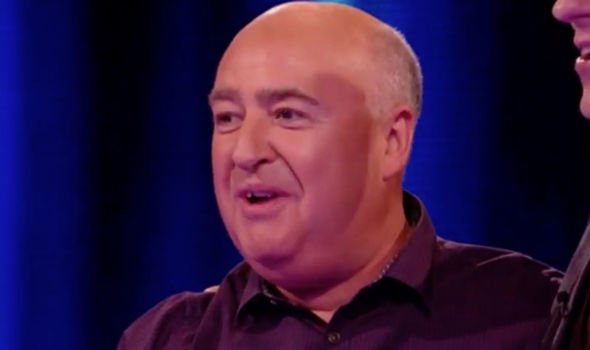 “Talk about comeback kid. It looked like a non-start for Mark as he scraped through into round two by the skin of his teeth,” Ben began.

“He then gained some ground thought, but still went into round three behind. But in that round, a single drop of 14 counters pushed him into the lead.

“Then in the final, it took Mark just seven counters to get the jackpot counter out. It was dangling over the edge before it dramatically fell into the win zone.”

The host then asked the contestant: “It’s been some day hasn’t it?” to which Mark couldn’t have agreed more.

After thanking Ben, the host told the contestant it was his “pleasure” to give the couple the holiday of their dreams.

There have been many unique moments on the programme over the years, with Ben being witness to every single one of them.

Back in 2019, the quiz show reached a milestone by airing its 1,000th episode, with a huge fanbase having being built since it’s inception in 2012.

Some changes have been made along the way, however, with Ben not been able to do everything he was allowed to when he first took on the role.

Speaking with press, including Express.co.uk, the presenter explained of playing the game himself: “I’ve had a couple of go’s along the way.”

The host continued: “In the first few series, they used to let me play out the trade if they said no.

“I’m not allowed to do that anymore – I don’t know why. I think they felt it was crueller to make the person who turned it down watch and play it themselves!”