Don’t bother trying to search for the music John Ambrose (Jordan Fisher) played on the piano in a scene To All the Boys: P.S. I Still Love You.

The movie hit Netflix on Feb. 12 just in time for Valentine’s Day but audiences are still unpacking everything they saw in the movie and yes, that includes the music. Based on the book series from author Jenny Han, the follow-up to 2018’s To All the Boys I’ve Loved Before followed Lara Jean Covey (Lana Condor) as she and Peter Kavinsky (Noah Centineo) began dating for real.

Just when Laura Jean thought the love letters she once wrote were behind her, John Ambrose replied. But before she had the chance to write him a letter back, Condor’s character discovered they were both doing volunteer work at a local retirement home together.

Without spoiling the plot, there’s one scene in the sequel where Lara Jean finds John Ambrose playing a beautiful tune on the piano. When we watched the movie we couldn’t help but wonder what he’d been playing. Turns out, Fisher can not only sing, dance, and act, he’s a good piano player too. During an interview with Insider published on Feb. 12, 2020, the actor explained he came up with the melody himself. 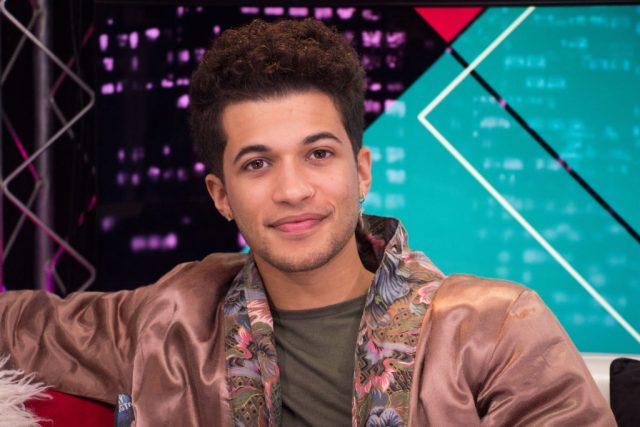 “He is the guy that would also play piano, you know what I mean? That’s just John Ambrose,” Fisher told Insider. “And then it just kind of worked out that I also play and was able to come up with a chord structure that was completely and entirely unique to the moment and be able to do the scene at the same time.”

The author of the books that inspired the movies wasn’t kidding when she said her own Feb. 2020 interview with the outlet that Fisher “does it all.”

Piano scene is his favorite despite being ‘very tough’ to film

The moment at the piano between John Ambrose and Lara Jean wasn’t just sweet, it turned out to be Fisher’s favorite scene in the entire movie.

Although it appeared to be a relatively simple set up — Lara Jean entered a room to find John Ambrose playing the piano then sat down next to him — it proved to be challenging for Fisher because he had to deliver his lines while playing the piano at the same time. 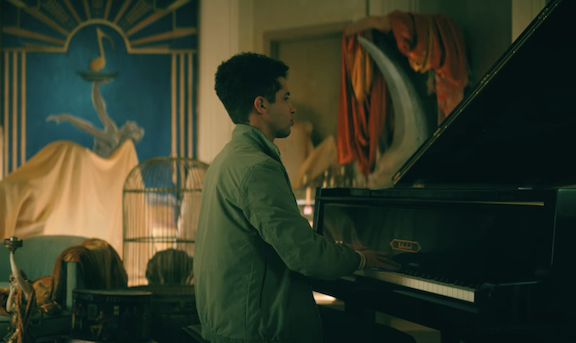 “It’s a very tough scene to film,” Fisher told Insider. “And, frankly, it was very late in the night when we filmed it, and having to play the piano and improvise and also film a scene at the same time was difficult.”

Following the release of To All the Boys: P.S. I Still Love You, Fisher took to Twitter to answer questions from fans. One, of course, came up regarding the mystery tune he played in the movie.