Bhaskar was one of many viewers to share their reaction to the shock ending of the latest Line of Duty episode. Jed Mercurio’s BBC crime drama aired its fourth episode of series six on Sunday (11 April), and it ended with a cliffhanger which left viewers desperate for the next instalment.

When forensic officers obtained Davidson’s DNA from her ex-lover’s house, it closely matched the DNA of someone else who was already on the police database.

This means Davidson and the mystery individual are blood relatives. 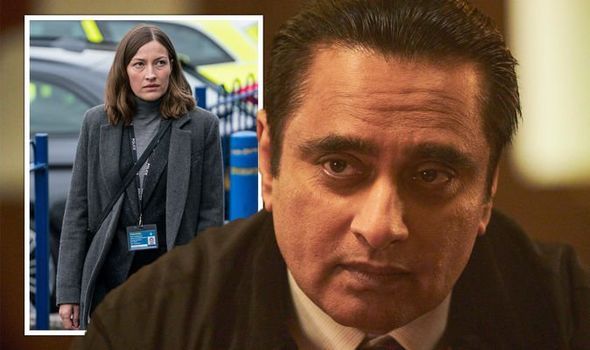 The dramatic conclusion to the episode left some viewers frantically rewinding in the hope of catching a glimpse of who the blood relative was on the document Arnott passed to Hastings.

Many fans also took to social media on Sunday night to express their views on the latest plot twist.

Sanjeev Bhaskar, star of crime drama Unforgotten, was among the numerous viewers who shared their reaction to the cliffhanger on Twitter.

Bhaskar confessed he too attempted to pause the episode to look back at the shocking document. 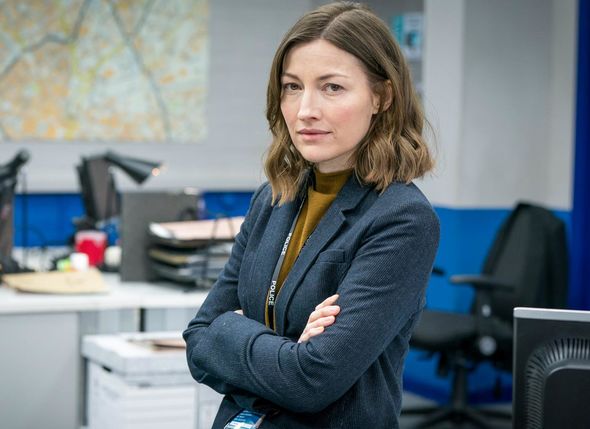 He wrote: “I wonder quite how many people freeze framed the telly on that folder and then thought ‘OMG Jo Davidson is linked by DNA to…. Jo Davidson? Arrrgghh’”

He even accused show writer Jed Mercurio of knowing viewers would attempt to solve the mystery by pausing the TV.

However, Bhaskar wasn’t the only individual to share his thoughts on the show.

Martin shared the verdict of his mum and dad on Twitter, admitting his parent’s opinions meant a lot to him.

In the tweet he highlighted how hilariously different his parents comments about the show were.

He told fans: “The most important reviews are in from my parents. My maw “incredible son absolutely loved it” my Da “it had an interview scene and car crash ya p***k.”

Following his mum and dad’s comments, Martin’s followers couldn’t resist sharing their own view of his parents.

One fan said: “That’s Scottish parents if I ever did see them. Translates approximately as “we love you son and are very proud.”

Fans are now desperately trying to work out who is related to Jo Davidson with many guessing she’s linked to John Corbett (Stephen Graham).

Taking to Twitter to speculate, one fan posted: “Police database contains DNA from DS John Corbett The picture that Jo Davidson threw her glass of wine at was of her and her mom and that’s Corbett’s mom too.”

Line of Duty season 6 continues Sunday at 9pm on BBC One.