Emma Stone doesn’t just have big shoes to fill in Cruella. She has entire iconic ensembles to fill as she brings her own incarnation of Cruella de Vil to the screen, and ET can exclusively debut a new featurette that includes a behind-the-scenes look at the actress’ transformation in the hair and makeup trailer.

“The character is so much fun and so kind of intoxicating,” Stone says in the clip. “Once you put this wild black-and-white hair and this incredible makeup and these completely unique costumes on, you feel like Cruella de Vil.”

Cruella is a wholly original story set in 1970s London amid the punk rock revolution and shows how a clever grifter named Estella becomes one of Disney’s most wickedly fashionable villains. “One of the most fun things to explore is her creativity,” Stone says. “She is very good at what she does — designing.”

The featurette glimpses a number of the costumes that will be featured in the film, as Cruella goes head-to-head with legendary fashionista Baroness von Hellman (Emma Thompson), and teases what eventually drives her to want revenge. Watch the video above.

Cruella is in theaters and on Disney+ with Premier Access on May 28. 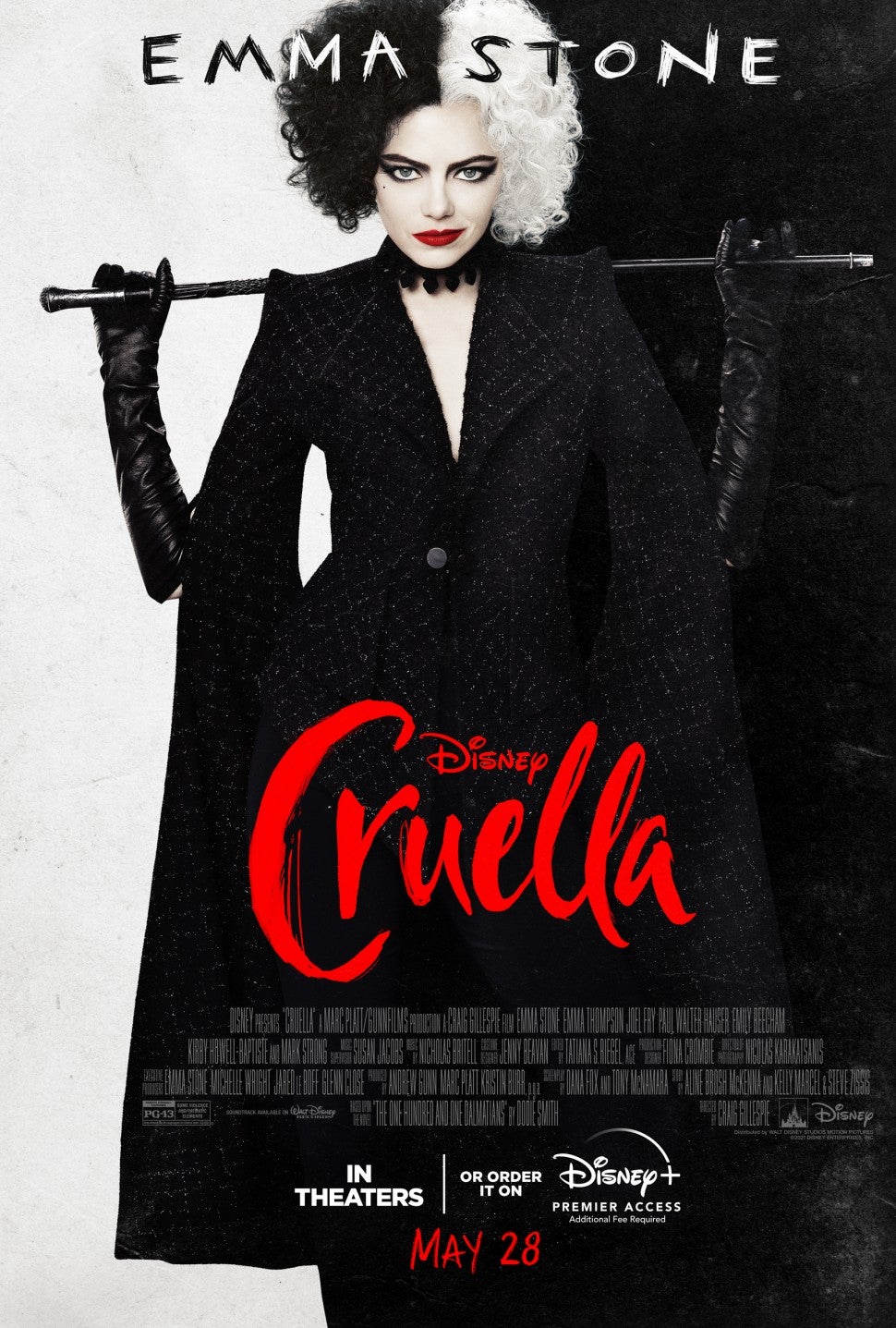