Skip to content
HomeTV and MoviesWhat Time Does 'The Conjuring 3' Release on HBO Max? 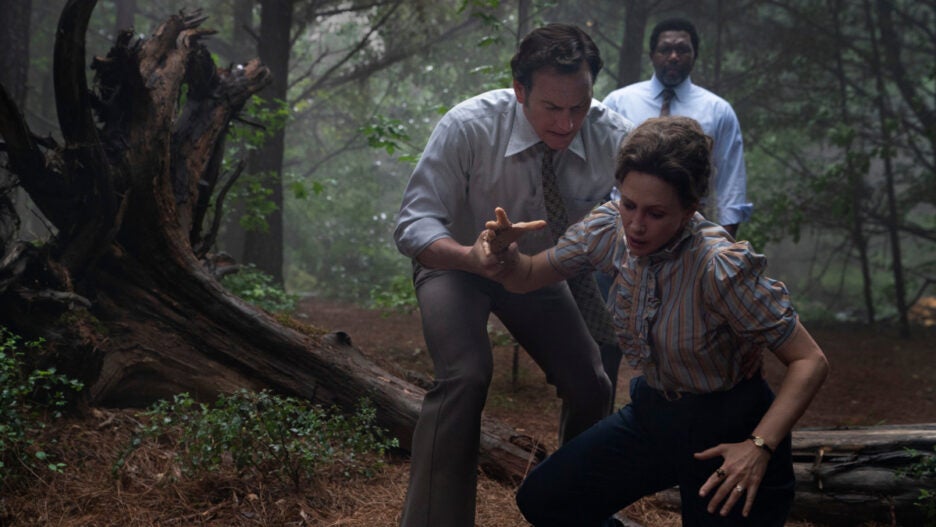 After a five-year hiatus that felt much, much longer than that, the “Conjuring” franchise is back with its third main-series movie, “The Conjuring: The Devil Made Me Do It.” While stars Vera Farmiga and Patrick Wilson are back as Lorraine and Ed Warren, this time we’ve got a new director, Michael Chaves, who takes over from James Wan.

As is usually the case with these movies and the franchise spinoffs, “The Conjuring: The Devil Made Me Do It” is based on a true story. The horror flick follows the notorious 1981 murder trial of 19-year-old Arne Johnson, who claimed he stabbed his landlord to death while under the influence of a demonic force.

The story goes that, after a young boy shows signs of demon possession, the Warrens get called in to do an exorcism — but Arne interferes, and begs the demon or demons to leave the boy and possess him instead. And allegedly that’s exactly what happened — and then, during an argument, he stabbed another man to death. The Warrens declared it happened because Arne was possessed.

As with all things related to the Warrens, plenty of skepticism is warranted. Regardless, now we have a movie about this story.

Warner Bros, as the studio is doing with every movie on its theatrical slate in 2021, will drop “The Conjuring: The Devil Made Me Do It” on HBO Max on June 4, the same day it hits theaters. And it’ll stay on the streaming service for 28 days. But what time is this new “Conjuring” flick actually going to be available for subscribers to watch?

Aside from “Wonder Woman 1984,” which dropped at 10 a.m. PT on Christmas morning, the other films that have hit HBO Max under this scheme have made their debuts at midnight PT on the Thursday night before their release dates, or 3 a.m. ET if you’re on the East Coast. It follows, then, that the third “Conjuring” movie will follow that same pattern, and so you should expect that it’ll be on HBO Max at midnight PT on Thursday night.