Skip to content
HomeWorld NewsAustralia wants to kill US racing pigeon that made 8,000-mile journey over disease concerns

Australian officials are planning to kill a U.S. racing pigeon that managed to survive a whopping 8,000-mile journey across the Pacific.

Kevin Celli-Bird said Thursday the exhausted bird arrived in his Melbourne backyard on Dec. 26 and he discovered it had disappeared from a race in Oregon on Oct. 29. The feat first drew attention from local media before Australia’s Quarantine and Inspection Service became aware, according to Sky News.

“They say if it is from America, then they’re concerned about bird diseases,” Celli-Bird said. “They wanted to know if I could help them out. I said, ‘To be honest, I can’t catch it. I can get within 20 inches of it and then it moves.’” 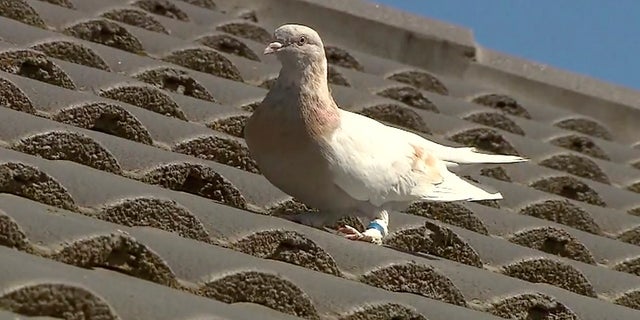 A racing pigeon sits on a rooftop Wednesday in Melbourne, Australia, The racing pigeon, first spotted in late December 2020, has made an extraordinary 8,000-mile Pacific Ocean crossing from the United States to Australia. (AP/Channel 9)

He added quarantine authorities are now considering contracting a professional bird catcher in their pursuit to rein in and euthanize the bird.

The Agriculture Department, which is responsible for biosecurity, says the pigeon is “not permitted to remain in Australia” because it “could compromise Australia’s food security and our wild bird populations.”

“It poses a direct biosecurity risk to Australian bird life and our poultry industry,” a department statement said.

Experts suspect the pigeon that Celli-Bird has named Joe, after the U.S. president-elect, hitched a ride on a cargo ship to cross the Pacific. 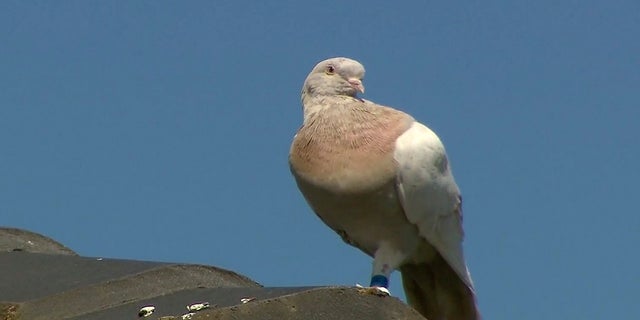 Experts suspect the pigeon hitched a ride on a cargo ship to cross the Pacific. (AP/Channel 9)

Celli-Bird said the Oklahoma-based American Racing Pigeon Union had confirmed that Joe was registered to an owner in Montgomery, Ala.

Celli-Bird said he had attempted to contact the owner but had so far been unable to get through.

The bird spends every day in the backyard, sometimes sitting side-by-side with a native dove on a pergola. Celli-Bird has been feeding it pigeon food from within days of its arrival.

“I think that he just decided that since I’ve given him some food and he’s got a spot to drink, that’s home,” he said.