SHOCKING footage of a protester waving a Nazi flag at a Bernie Sanders’ campaign rally in Phoenix on Thursday has emerged.

Videos posted on social media show a man holding up the swastika flag as the democratic presidential candidate spoke at the Veterans Memorial Coliseum. 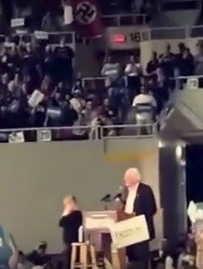 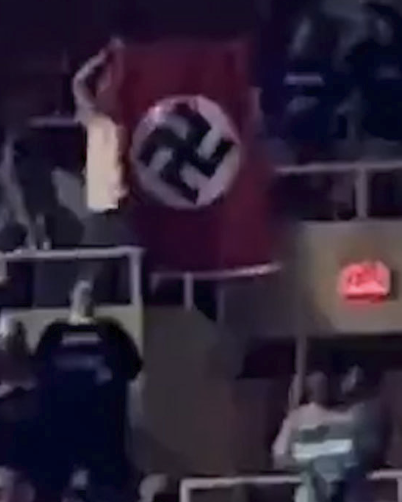 The senator, who is Jewish and lost relatives in the Holocaust, did not see the flag and continued with his remarks.

"Whoever it was, I think they're a little outnumbered tonight," Sanders said after the man was removed from the rally."

But the rallygoers responded by grabbing the flag out of the man’s hands.

Another video posted to Twitter shows the man with the flag being kicked out of the rally by local cops.

Supporters of President Trump also tried to unfurl a banner during the Sanders rally, but it was snatched by attendees.

Local cops were seen escorting the Trump supporters from the venue.

During the rally, Sanders slammed Trump as the “most dangerous president in the modern history of this country.”

IfNotNow, a youth-led progressive Jewish advocacy group, tweeted that it is "absolutely sickening—and scary—to see someone proudly brandishing a Nazi flag at a Bernie rally tonight."

"This is the hatred unleashed by Trump and the GOP," the group wrote. "All people of conscience must condemn this anti-Semitism against the most visible Jewish politician in the country."

This comes after Joe Biden boasted that he took out Bernie Sanders after he swept a victory in 10 states on Super Tuesday, and gained endorsements from three former other Democratic candidates this week.

Biden blasted Sanders' comments that the VP won a majority of States on Tuesday's primaries because of "corporate establishment."

"You got beaten because of middle-class, hard-working folks out there, Bernie,” Biden said. 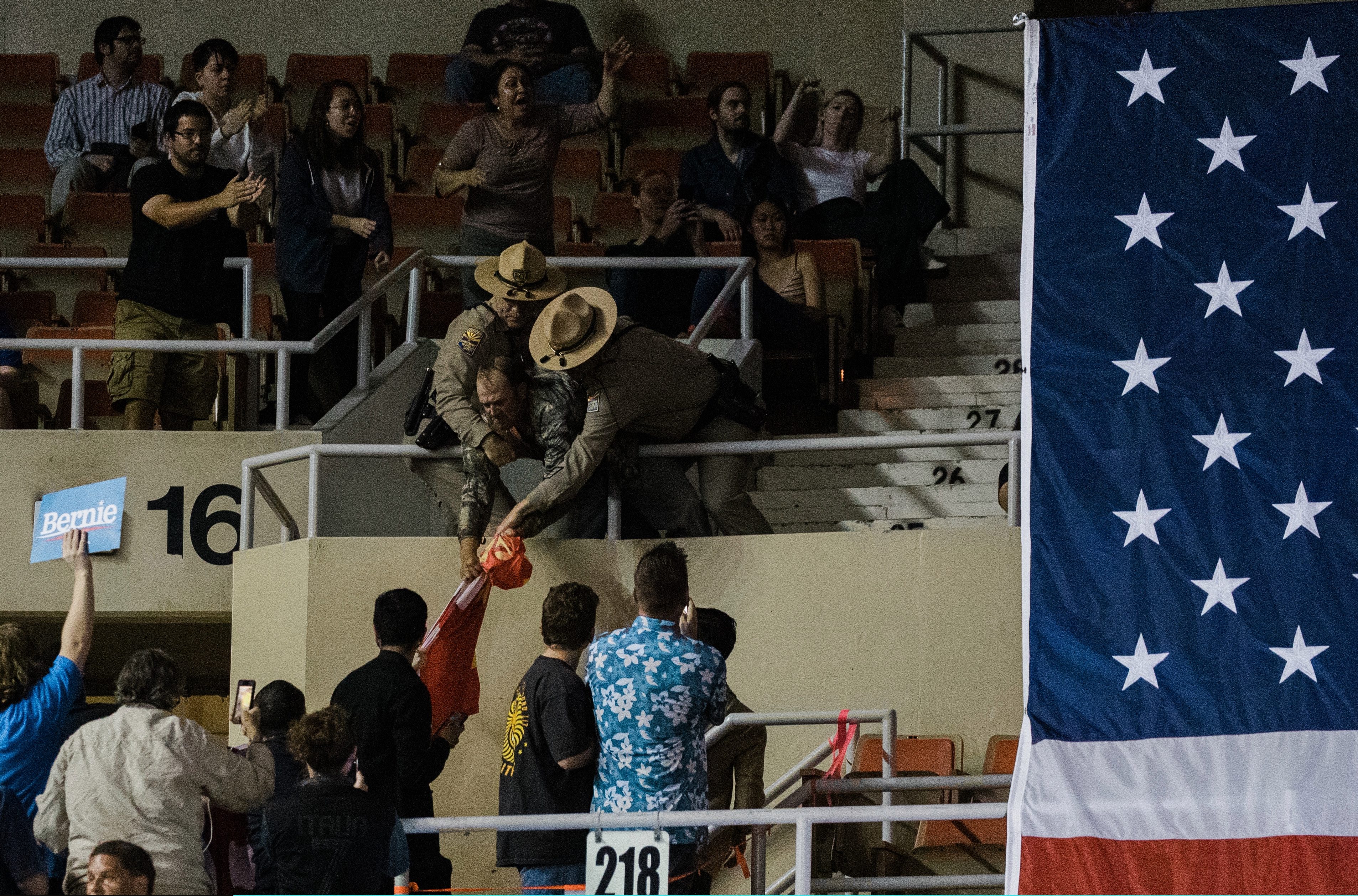 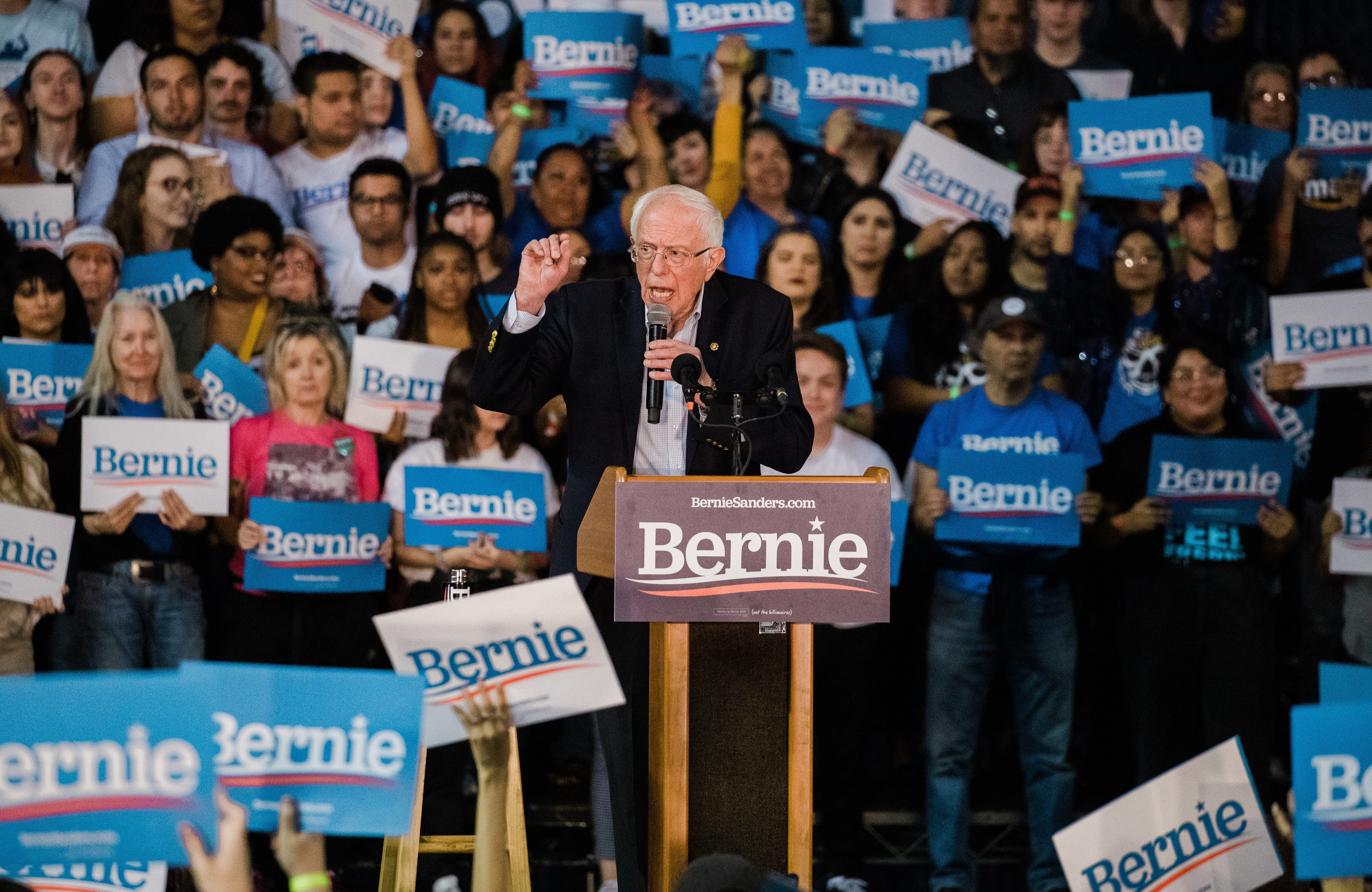 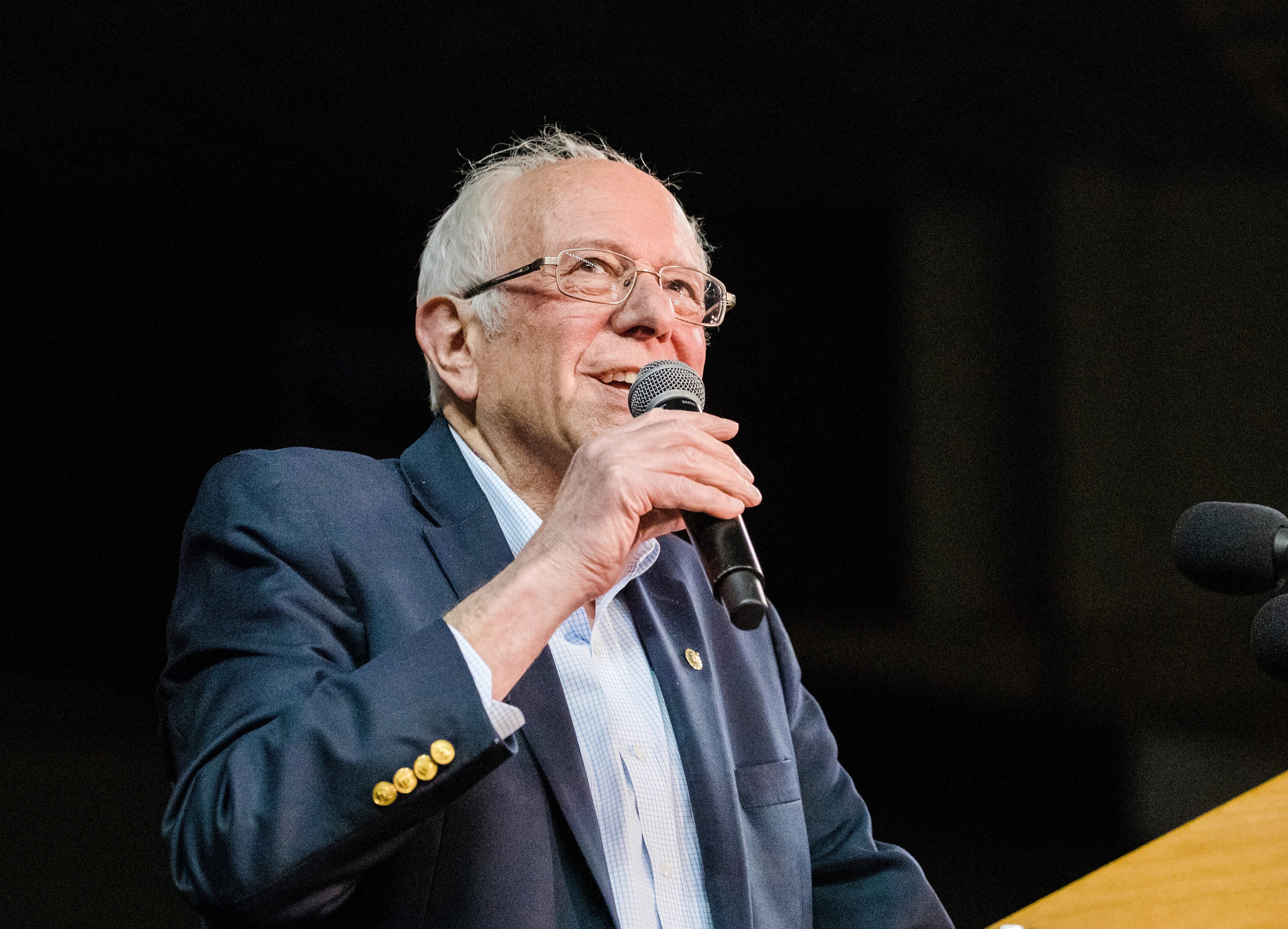 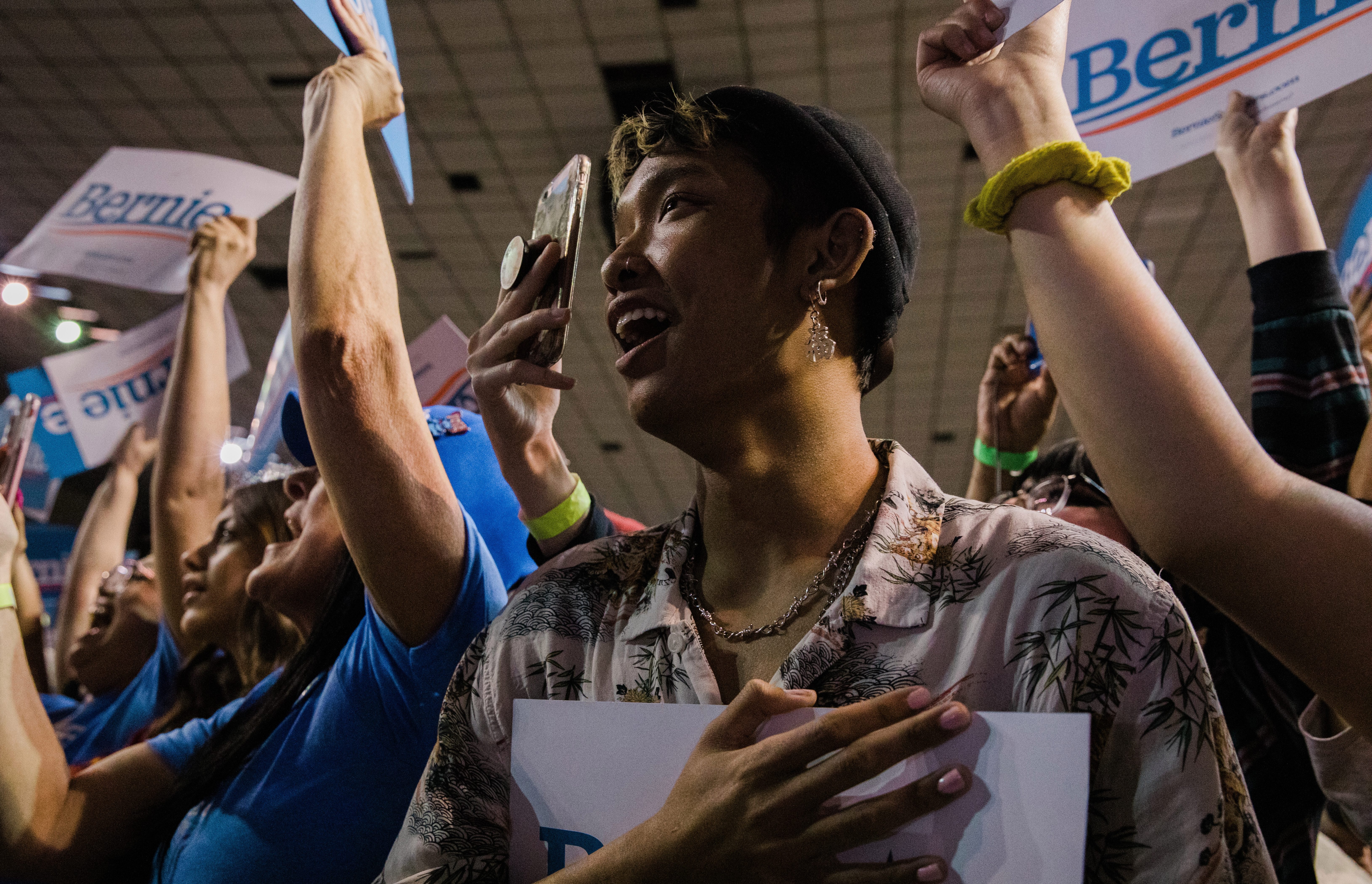