Britons have been urged by the Prime Minister to ‘think very carefully’ before paying a Mother’s Day visit.

Boris Johnson said that a moral judgment must be made to save potentially thousands of lives.

Mr Johnson said: ‘I think my advice would be that people should really think very carefully – irrespective of whether they’re visiting their mother – of visiting any elderly person who will be in a vulnerable group. 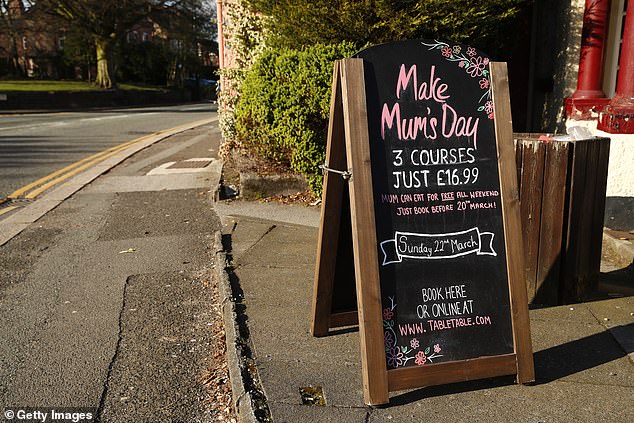 ‘Think very carefully about the risk of transmission of the virus and follow the advice.’

Asked whether he would be seeing his own mother, 77-year-old Charlotte Johnson Wahl, the PM said he would ‘certainly be sending her my very best wishes and hope to get to see her’.

A Downing Street source later clarified that Mr Johnson will use video call service Skype to speak to his mother on Sunday.

Dr Harries said: ‘We want children to be exercising, but to do so not in groups.’

The Prime Minister acknowledged that the measures to control the outbreak, including telling pubs and cafes to close, go against civil liberties generally afforded to the general public.

But he said that a moral judgment must be made in temporarily sacrificing individual rights while working for the greater good to save potentially many thousands of lives. 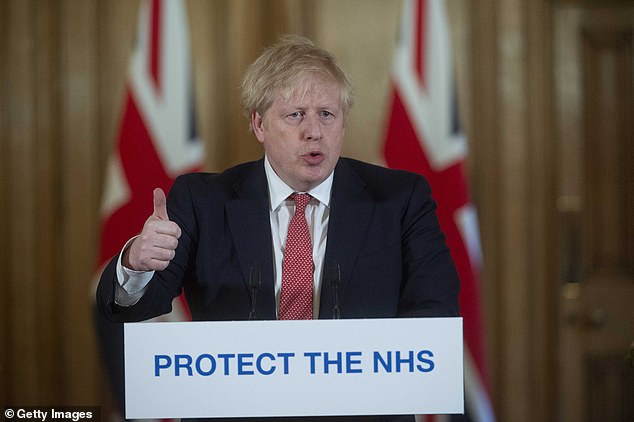 The Prime Minister said he ‘hoped’ to see his 77-year-old mother Charlotte, but a spokesperson later clarified he would only talk to her via Skype

Advice to the public includes avoiding all non-essential contact, a measure which is particularly important for the over-70s and others who are most vulnerable to succumb to the infection.

‘I do accept what we are doing is extraordinary – we are taking away the ancient inalienable right of freeborn people of the United Kingdom to go to the pub, and I can understand how people feel about that,’ he said.

But he issued a stern warning to those who do not comply, which – before pubs were ordered to close – would have included his 79-year-old father Stanley Johnson, who said he would consider still going to the pub despite official advice.

‘You’re not only putting the lives of your family at risk but you’re endangering the community,’ he added.