A teenager who woke up from a coma after smelling his favourite Lynx deodorant has now grown curly hair for the first time in his life.

Kacper Krauze, 13, was forced into a coma for three weeks after nearly drowning in the River Eden in Cumbria back in February.

Unable to swim, he spent 25 minutes underwater after falling into the river whilst paddling with friends. When Kacper was pulled out of the water, emergency services managed to restart his heart but put him into a coma due to a lack of oxygen caused by the accident. 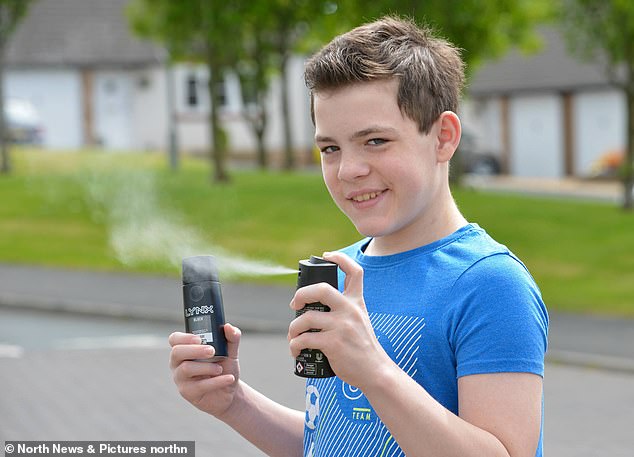 13-year-old Kacper Krauze (pictured) who was pulled out of the River Eden in Cumbria in February after spending 25 minutes underwater without oxygen, was miraculously woken up by the smell of his favourite Lynx deodorant 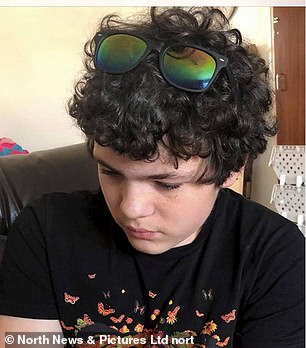 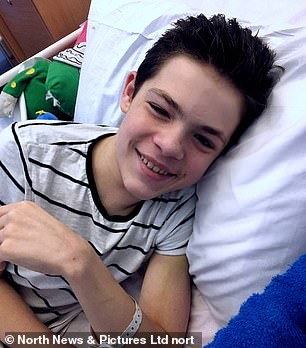 Now continuing his recovery from the ordeal, Kacper has bizarrely grown curly hair (left) for the first time in his life, having only had straight hair (right) before the incident

After three weeks in the coma, his mother, Wioletta, sprayed Lynx deodorant under his arms and her son opened his eyes immediately.

Now Kacper is recovering well from the incident but has bizarrely grown curly hair despite having straight hair for his whole life.

Mrs Krause, 43, said: ‘What’s unusual is his hair is curly now. Before the accident it was always straight and now it’s very curly which is strange, but it’s still nice.

‘He’s still taking his tablets but the doctors have said he will be able to come off all of this medication in the future.’ 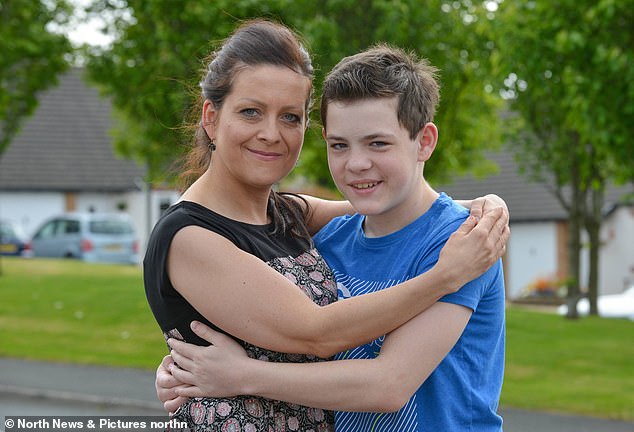 Since coming out of the coma, Kacper has begun schoolwork again and is also playing sport following his ordeal.

His mother added: ‘He’s walking okay but sometimes he needs some help at home and his right hand is still shaky but he can write with it slowly.

‘He’s back at school part-time and will do three or four hours a day because he gets really tired sometimes and once he’s tired he won’t want to work.

‘His speech is so much better. He still has speech and language therapy but he can say everything. It’s going to take a long time but Kacper’s slowly getting back to normal.

Kacper’s mother also confirmed her son is still using the Lynx deodorant that miraculously woke him up from the coma.

Families are recommended to stimulate the senses of those in a coma by talking to them, holding their hand, playing music and spraying familiar scents.

Research claims these stimulations can reduce the amount of time an individual spends in a coma. 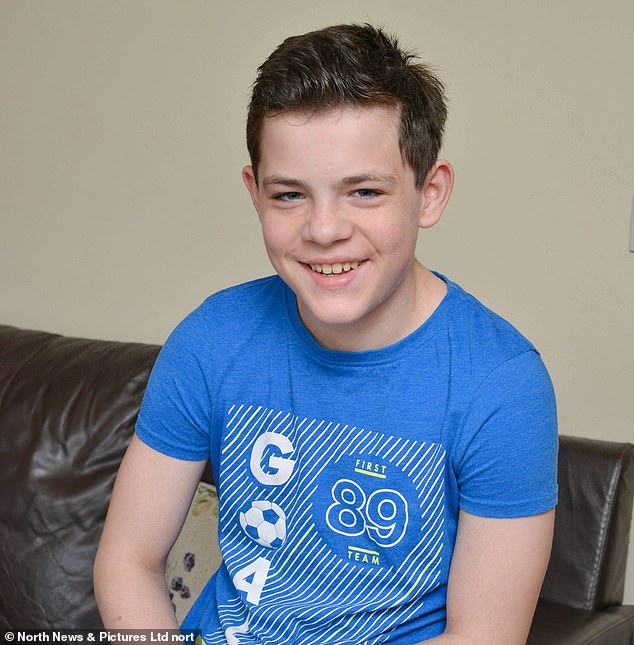 Kacper (pictured) fell into the river and suffered shock from the freezing temperature of the water, which made him struggle 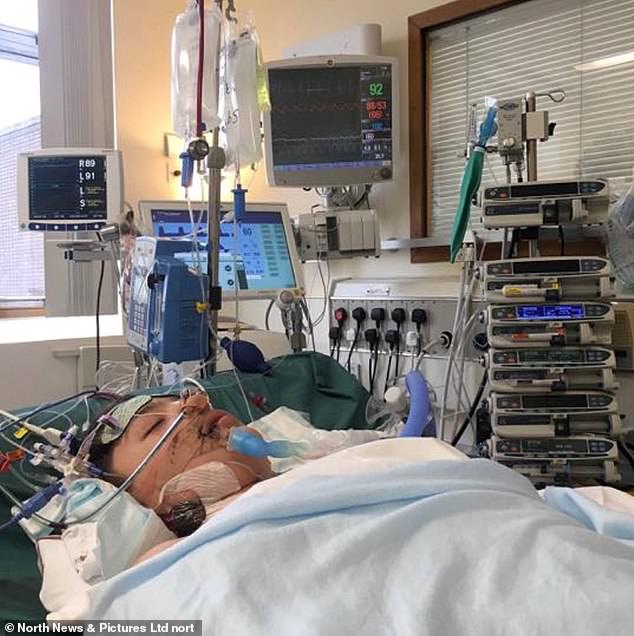 The teenager spent three weeks in a coma before his mother sprayed Lynx deodorant under his arms, which caused Kacper to open his eyes immediately

Recalling the moment her son woke, Mrs Krauze said: ‘I was always with him and when the nurse washed him I helped all the time.

‘She said I could buy him some things and Kacper loves Lynx, as soon as she sprayed it under his arms he opened his eyes. He must have remembered.

‘When he was in his coma we put music on and I talked to him all the time, after we sprayed the Lynx I couldn’t believe it, it was an absolute miracle.

‘He always used Lynx, he loved the smell, he still uses it to this day.’

A coma is a state of unconsciousness where a person is unresponsive and cannot be woken.

It can result from injury to the brain, such as a severe head injury, stroke, severe alcohol poisoning or a brain infection.

HOW CAN LYNX AROUSE SOMEONE FROM A COMA?

Research suggests stimulating the main senses – touch, hearing, vision and smell – could potentially help a person recover from a coma.

It is recommended by the NHS that visitors talk to the person like normal, hold their hand, play their favourite music through headphones, put flowers in their room or spray their favourite perfume – such as Lynx.

A coma usually only lasts a few weeks, during which time the person may start to gradually wake up and gain consciousness.

Scientists have previously shown that hearing the voices of loved ones helps coma victims wake up more quickly.

In a study, scientists at Northwestern University in the US played recordings made by family members four times a day for six weeks to six coma patients.

All recovered faster than the normal rate, according to the research published in the journal Neurorehabilitation and Neural Repair, with MRI scans showing increased neural activity in response to the sound of a loved one speaking.

In 2015, it was reported that a Chinese man suddenly awoke from a year long coma when nurses waved some cash under his nose.

Doctors had never seen anything like it in their career – one sniff of a 100 yuan bill (£11.42/$14.49) was all it took to bring back Shenzhen resident Xiao Li back to consciousness.