The boyfriend of a woman whose remains were found at a tip on Melbourne’s northern fringe has pleaded not guilty to murder and will stand trial over her death.

Joon Seong Tan, 36, is accused of murdering Ju Zhang on February 1, the day before the 33-year-old was reported missing. 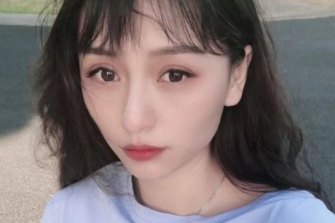 Ju Zhang was last seen on February 1 at her Epping home. Credit:Victoria Police

Ms Zhang, who was also known as Kelly, was last seen at the Epping home she shared with her son.

Her remains were found at a landfill site at Wollert in June during a search by police, months after Mr Tan had been charged with murder and while he was in custody.

Mr Tan appeared before Melbourne Magistrates Court on Wednesday and waived his right to a pre-trial hearing where the evidence against him would have been tested.

Appearing via a video link from custody, he instead chose to fast-track his case to the Supreme Court, where he will stand trial, and pleaded not guilty to murder. 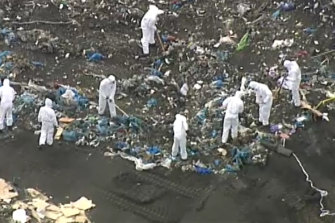 Police search for Ms Zhang’s remains at a tip in Wollert in June.Credit:Nine News

Mr Tan was interviewed by detectives about 10 days after Ms Zhang’s disappearance and released without charge. He was arrested two days later at Melbourne Airport while preparing to board a flight.

On Wednesday, he asked through a Mandarin interpreter if he had a chance to get bail, and his lawyer, Greg Hughan, replied he would discuss the matter with him.

Magistrate Peter Reardon remanded Mr Tan in custody to appear before the Supreme Court on December 16, when a date for his trial will be set.