A Brazilian man who died in a plane crash while fleeing purported assassins in South America in 2005 has been identified as a serial killer who authorities say was responsible for the brutal murders of three Florida sex workers two decades ago.

Broward County Sheriff Gregory Tony announced on Tuesday that DNA matches conclusively identified the perpetrator of the killings as Roberto Fernandes, who fled to Brazil in 2001 shortly after his final victim’s body was discovered in Miami.

At that time, police wanted to question Fernandes in connection to the killing, but Brazil has no extradition treaty with the US. 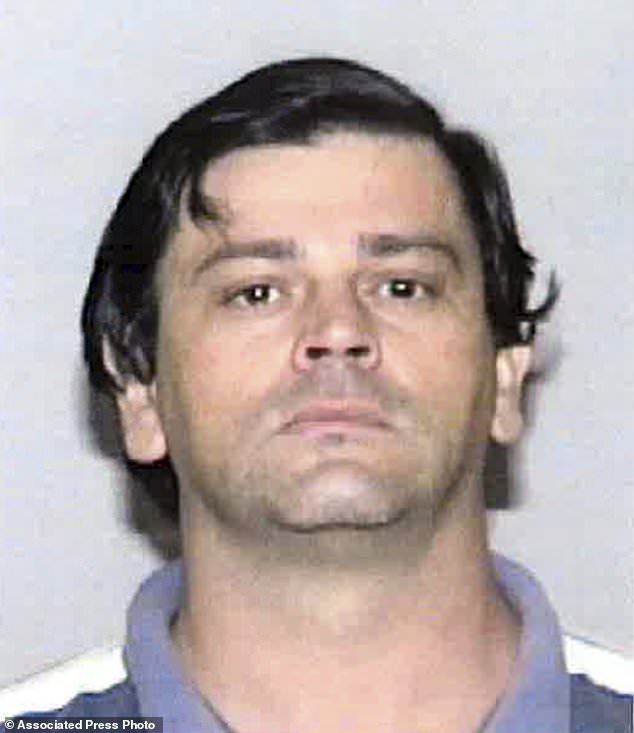 This image provided by the Broward County, Florida, Sheriff’s Office shows Roberto Wagner Fernandes, a Brazilian man who has been identified as a serial killer responsible for the deaths of three sex workers in Florida two decades ago. He died in a plane crash in 2005

Tony said at a news conference that ‘justice never expires’ even if decades pass for a cold murder case. He also described Fernandes as a ‘suspected serial killer’ who may have other victims.

‘Cold cases typically sit for months, maybe even years, before they are resolved,’ Tony said.

The first victim discovered on June 22, 2000 in Cooper City, Florida, was Kimberly Dietz-Livesey, whose badly beaten body was crammed into a suitcase along a road.

On August 9, 2000, the body of Sia Demas, also beaten to death, was found stuffed in a duffel bag along another road near Dania Beach, Florida.

A year later, on August 30, 2001, the body of Jessica Good was recovered floating in Biscayne Bay in Miami. She had been fatally stabbed. 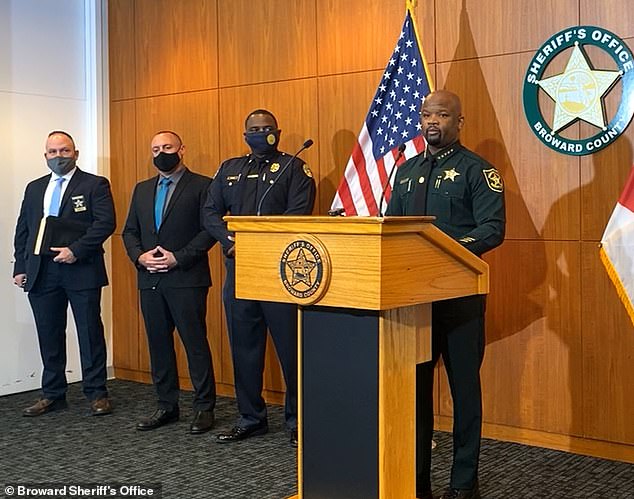 All three women had addiction problems and turned to prostitution to support their drug habits, investigators said.

DNA evidence collected from all three crime scenes pointed to one as yet unknown culprit. Also, fingerprints discovered at two crime scenes were a match, but the identity of the killer remained a mystery.

It wasn’t until authorities ran the evidence through Brazilian authorities that a match came up for Fernandes, officials said.

‘That was a key piece of evidence,’ Broward sheriff’s Detective Zach Scott said at a news conference.

In Brazil, Fernandes had been acquitted of killing his wife in 1996 on a self-defense claim.

Fingerprints taken from Fernandes following the death of his wife matched the fingerprints from the Florida crime scenes, according to the sheriff’s office.

Investigators traveled from Florida to Brazil to try and take DNA evidence from Fernandes. However, they learned that he died in a plane crash in 2005.

Scott said the family of Fernandez’s late wife was bitter about the outcome of the trial and may have hired assassins to kill Fernandes in retaliation, leading to his decision to flee to Paraguay in 2005.

That’s when Fernandes, who was a licensed pilot, died while flying a plane, his body returned to Brazil for burial. A judge there was persuaded recently to order the body exhumed last year, where Florida investigators were able to obtain a DNA sample after concluding he had not faked his death. 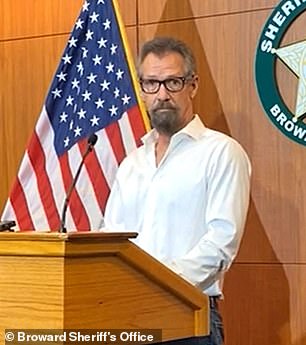 ‘It did take some time to confirm his death,’ said Miami police Sgt. Nikoli Trifonov. ‘People do fake their deaths.’

There may be additional victims. In the US, Fernandes worked for a Miami tour company and also as a flight attendant at times, officials said.

‘I believe there are other cases out there. There is no limit as to where he could travel,’ Scott said.

‘We have waited 20 years and never thought we would have closures, but the collaboration of all of these law departments has brought that to us,’ Livesey said.