Citroen launches new £5,100 all-electric city car that looks like a washing machine and can be driven by anyone qualified to ride a moped

British teenagers as young as 16 could be let loose in an all-electric city car produced by Citroen which costs around £5,000.

The Citroen Ami, which has a top speed of 26mph and has a 47-mile range, can be driving using a loophole in the road traffic act which allows 16-year-olds to ride mopeds.

The car, which is almost 8-feet long and four and a half feet wide, can be charged using a domestic socket in just three hours. It is powered by a 6kw electric motor which is linked to a 5.5kWh lithium ion battery. 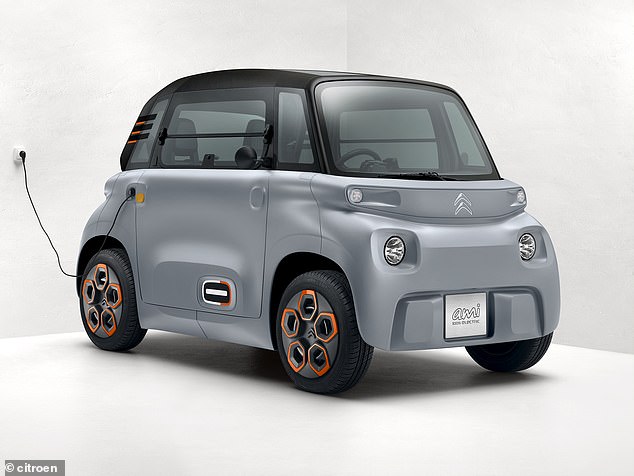 Citroen has launched a two-seat, two-door, all-electric city car which can be driven in the UK by 16 year olds. Called Ami, it takes three hours to charge the car from an ordinary socket 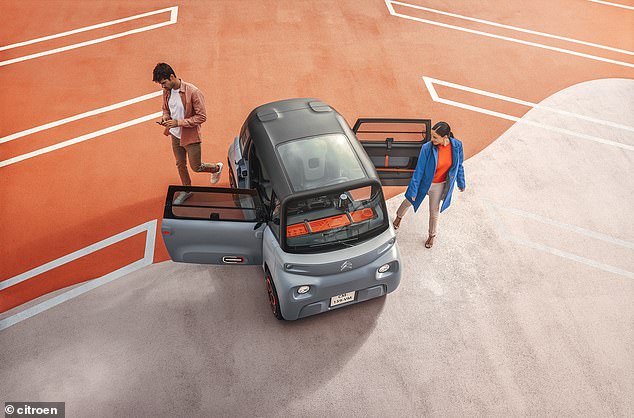 The car’s doors open in opposite direction, which according to Citroen allows easier access to the cabin for the driver and the passenger 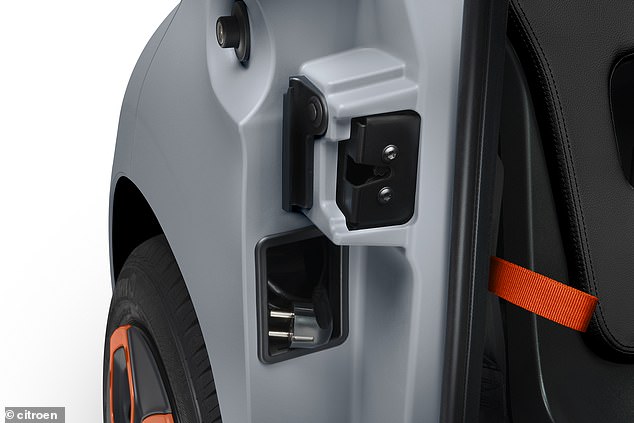 The electric plug is hidden in the rear wing of the small car. According to Citroen, the car was still only a concept 12 months ago

The car’s two doors open in opposite directions, which according to Citroen allows easier access to the cabin.

In France, children as young as 14 will be allowed to drive the car, where Citroen plans to rent them for as little as £17 a week.

The company also said it will offer them on a car sharing basis where they will cost around 22p a minute.

In Britain, the youngest a person can apply for a provisional licence is 15 years and nine months. However, you cannot drive a car until you are at least 17, unless you qualify for a Personal Independence Payment (PIP) as a result of a long-term illness or disability. 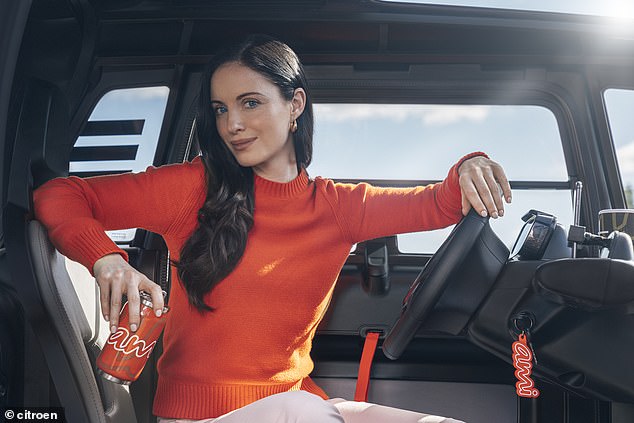 The car, can be driven by 14 year olds in France once they pass a simple safety certificate 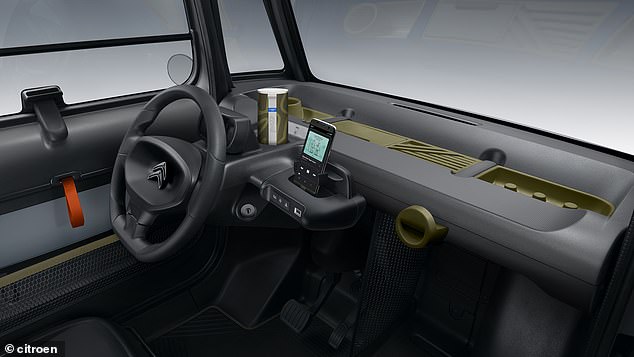 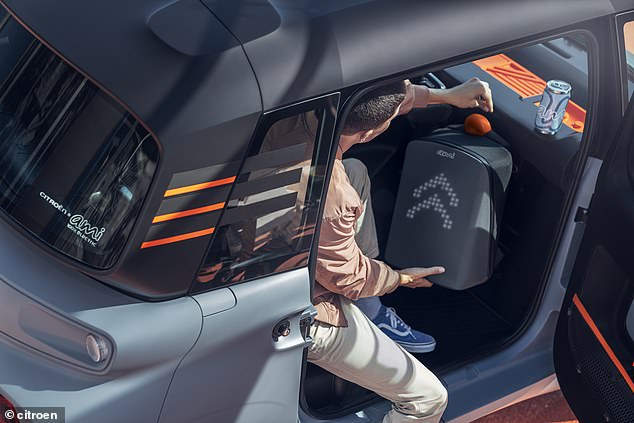 However, the Citroen Ami, is classified as a light quadricycle and can be driven by 16-year-olds as long as they have passed Compulsory Basic Training for riding a moped.

Vincent Cobee, Citroen Brand CEO said: ‘For 100 years, Citroen has always been innovative and creative in democratising freedom of movement. This year, Citroen has come up with a new urban mobility solution accessible to everyone: compact, protective, 100 per cent electric, without driving licence, and affordable.

‘Ami – 100 per cent electric aims to be a real breakthrough in enabling urban mobility, a solution in sync with new models of consumption.

‘This great concept was a concept one year ago.’

According to Citroen, the first orders for an Ami will be accepted in France from March 30, with the markets in Spain, Italy, Belgium, Portugal and Germany opening later.

Citroen’s head of marketing Arnaud Belloni told Autocar: ‘In the UK, it will come later – if it comes. We need to validate the project in France and other countries first.’

Citroen had been planning to launch the Ami at the Geneva Motor Show. The major event was cancelled by organisers because of the threat posed by Coronovirus.