Skip to content
HomeWorld NewsCamila Cabello Brushes Off Wardrobe Malfunction, But Reveals She 'Said No' to Wearing 'Nip Covers' 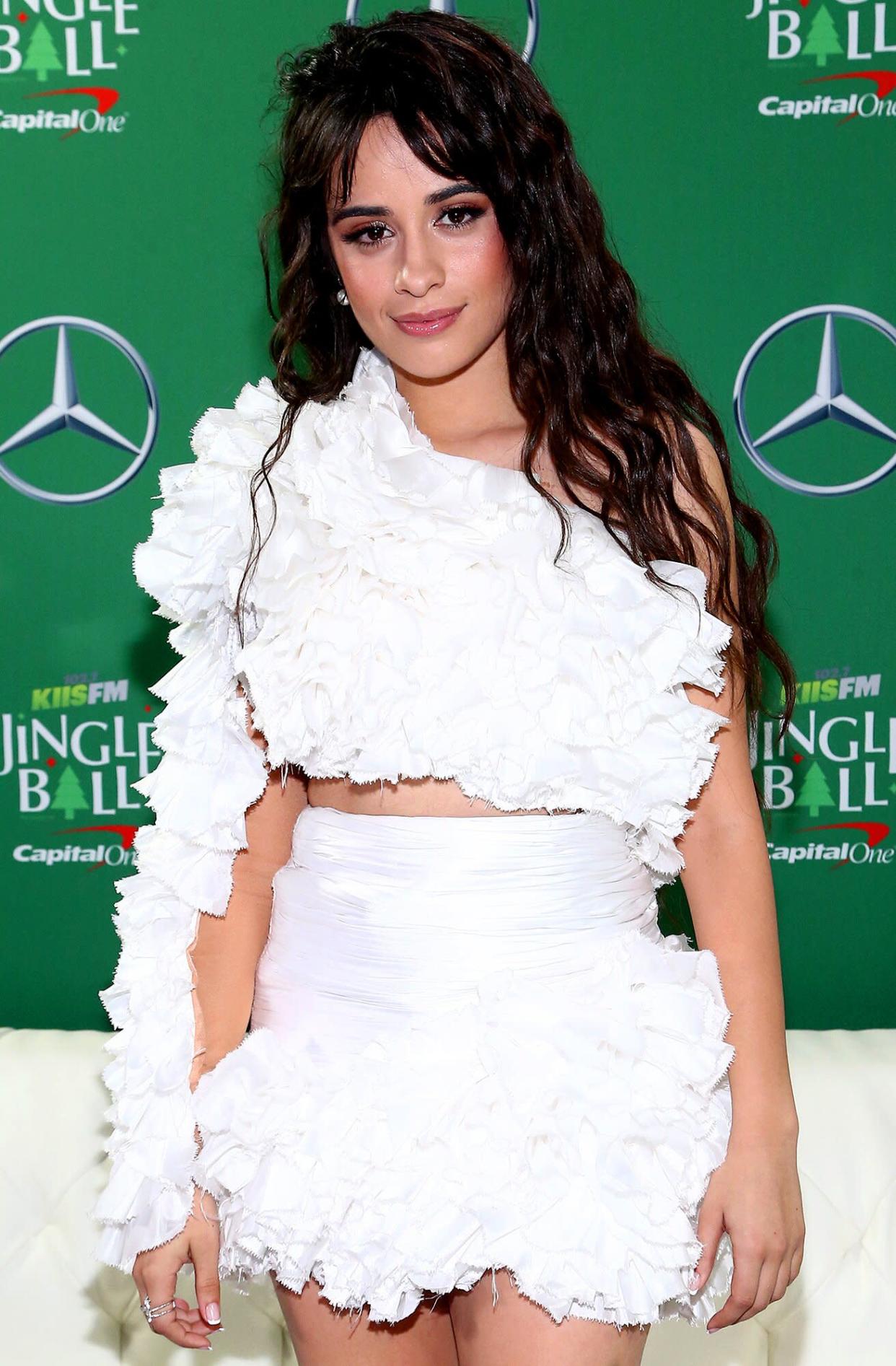 Camila Cabello is making light of a revealing wardrobe malfunction.

On Monday, the "Havana" singer, 25, accidentally flashed the hosts of BBC's The One Show while executing her favorite dance move featured in the video for her song "Bam Bam."

In the now-viral moment, Cabello stood up and adjusted her oversized, patterned, button-up blouse. Seconds later, her shirt accidentally opened, resulting in a brief reveal.

"I almost flashed you," Cabello said, though she did not let that stop her as she continued to show off the move. "I hope you didn't see nipple."

The singer later brushed off the wardrobe malfunction on TikTok, writing on the video, "When my stylist asked me if I wanted nip covers and I said no." In the clip, she mouthed the lyrics to Muni Long's "Time Machine," specifically: "I wish I had a time machine."

RELATED: Halle Berry Wishes Boyfriend Van Hunt Happy Birthday in T-Shirt with His Name on It: 'Love You'

In "Bam Bam," a collaboration with Ed Sheeran, the pop star appears to address her split from Shawn Mendes, 23, as she sings about the ways life has changed following a breakup.

The sunny track kicks off with Cabello singing, "You said you hated the ocean/But you're surfin' now/I said I'd love you for life/But I just sold our house."

In what is almost certainly not a coincidence, Mendes shared photos of himself surfing to Instagram days after their November split, despite telling fans years earlier that his "weirdest fear" involved a full-blown panic attack while swimming in the ocean at nighttime.

Elsewhere in the song, she sings, "We were kids at the start/I guess we're grown-ups now/Couldn't ever imagine even having doubts/But not everything works out."

The lyrics later take a more optimistic approach to the split, with Cabello finding ways to push through any pain and land back on her feet.

"Love came around and it knocked me down/But I'm back on my feet," she sings. "That's just life, baby/I was barely standing/But now I'm dancing."

RELATED VIDEO: Shawn Mendes and Camila Cabello Split After 2 Years of Dating: We 'Will Continue to Be Best Friends'

Never miss a story — sign up forPEOPLE's free daily newsletter to stay up-to-date on the best of what PEOPLE has to offer, from juicy celebrity news to compelling human interest stories.

Still, Cabello recently told Zane Lowe on Apple Music 1's New Music Daily that there are no hard feelings between her and Mendes.

"I f—ing love Shawn. And I feel like there is literally nothing but love for him," she said. "And this song is mostly just about like, 'Okay, how do I make a song that shows the cycles of love, and life, and gives people…' Whatever it is that's going on in your life… hopefully, this can make you be like, 'It is that way now, but things are always taking crazy turns.' "