Skip to content
HomeWorld NewsCaptain Tom Moore's book: What's it about and how can I buy it?

CAPTAIN Tom Moore wrote Tomorrow Will Be A Good Day after his remarkable fundraising campaign for NHS charities.

Here we look at the book chronicling the life and times of a national hero. 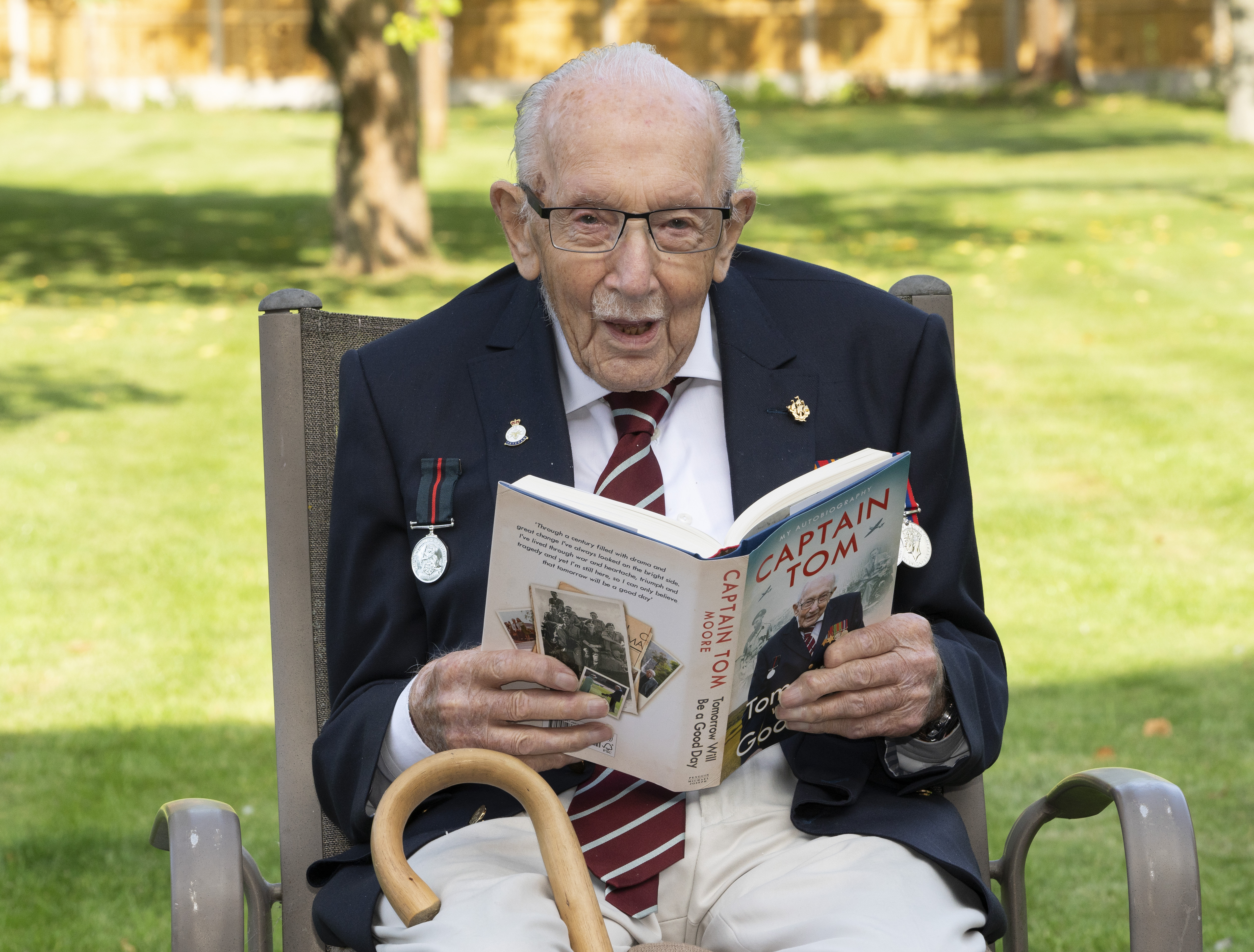 What is Captain Tom Moore's book about?

Tomorrow Will Be A Good Day: My Autobiography – A Sunday Times No1 Bestseller – charts not only Captain Tom’s life but also 100 years of life in Britain.

It takes the reader from his humble Yorkshire childhood, via the battlefields of Burma and the peaks of the Himalayas, to becoming the NHS and the nation's hero during the Covid pandemic lockdown.

The book was well-received by critics, with many praising Sir Tom’s upbeat nature.

Piers Morgan, who interviewed him on ITV’s Life Stories, said: "A wonderful read. Captain Tom is a beacon of light, and hope, and positivity."

The Daily Telegraph described it as a "wonderful life story with lessons for us all" while the Daily Mail said it was "gloriously enthralling".

The editor of Captain Sir Tom Moore’s autobiography, Rowland White, said the fundraising maestro had "packed more into the last year of his life than most of us manage in a lifetime".

He added: "His year in the public eye could not have been more at odds with the life he’d led beforehand, but his autobiography, Tomorrow Will Be A Good Day, showed us that the qualities that saw Tom inspire the country he loved had been there all along." 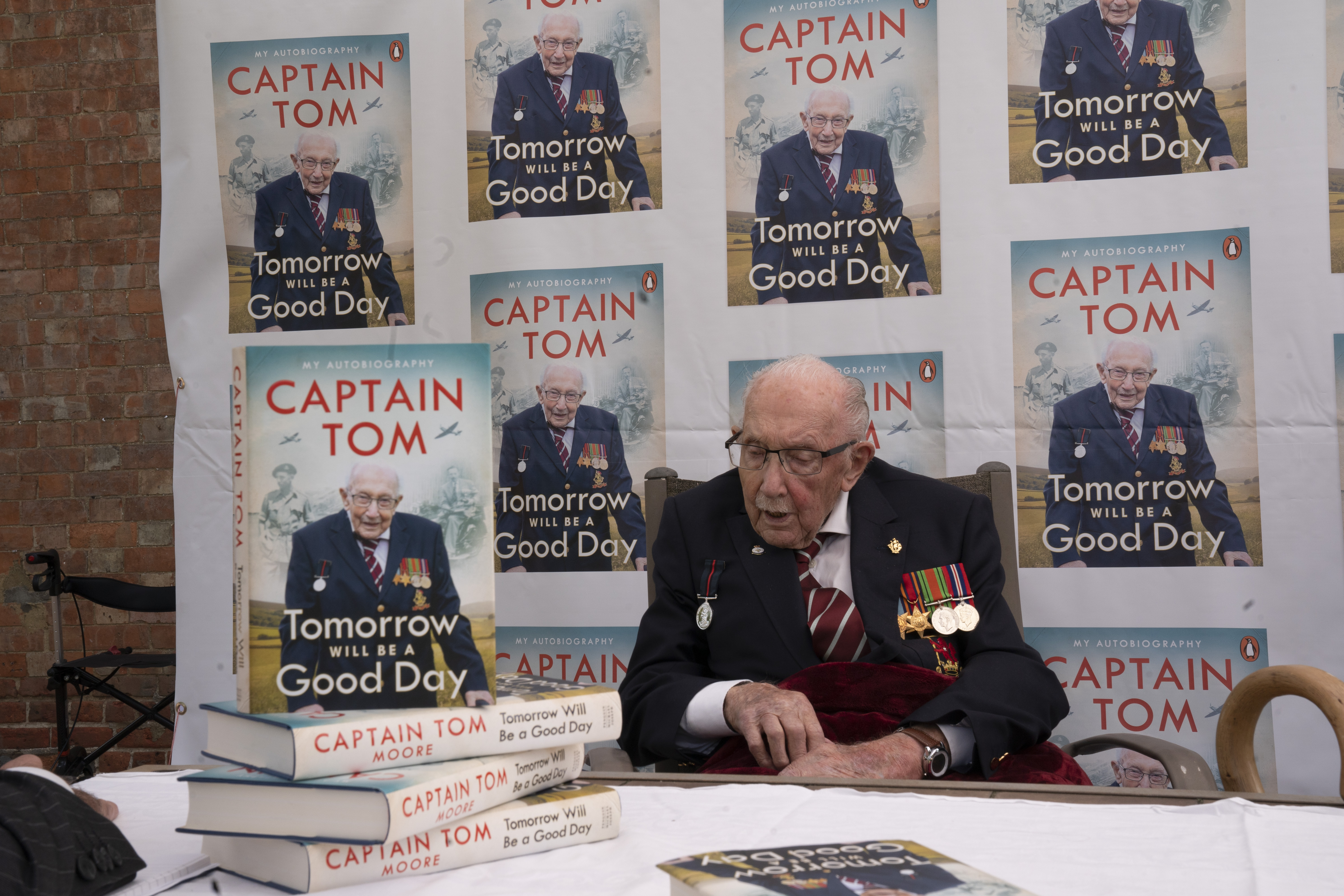 How can you buy Captain Tom's book?

Tomorrow Will Be A Good Day can be bought in any book retailer or supermarket.

It was published by Penguin Books on September 17, 2020, and is available as a hardback, audiobook, or on Kindle.

Proceeds will go to his charity The Captain Tom Foundation. 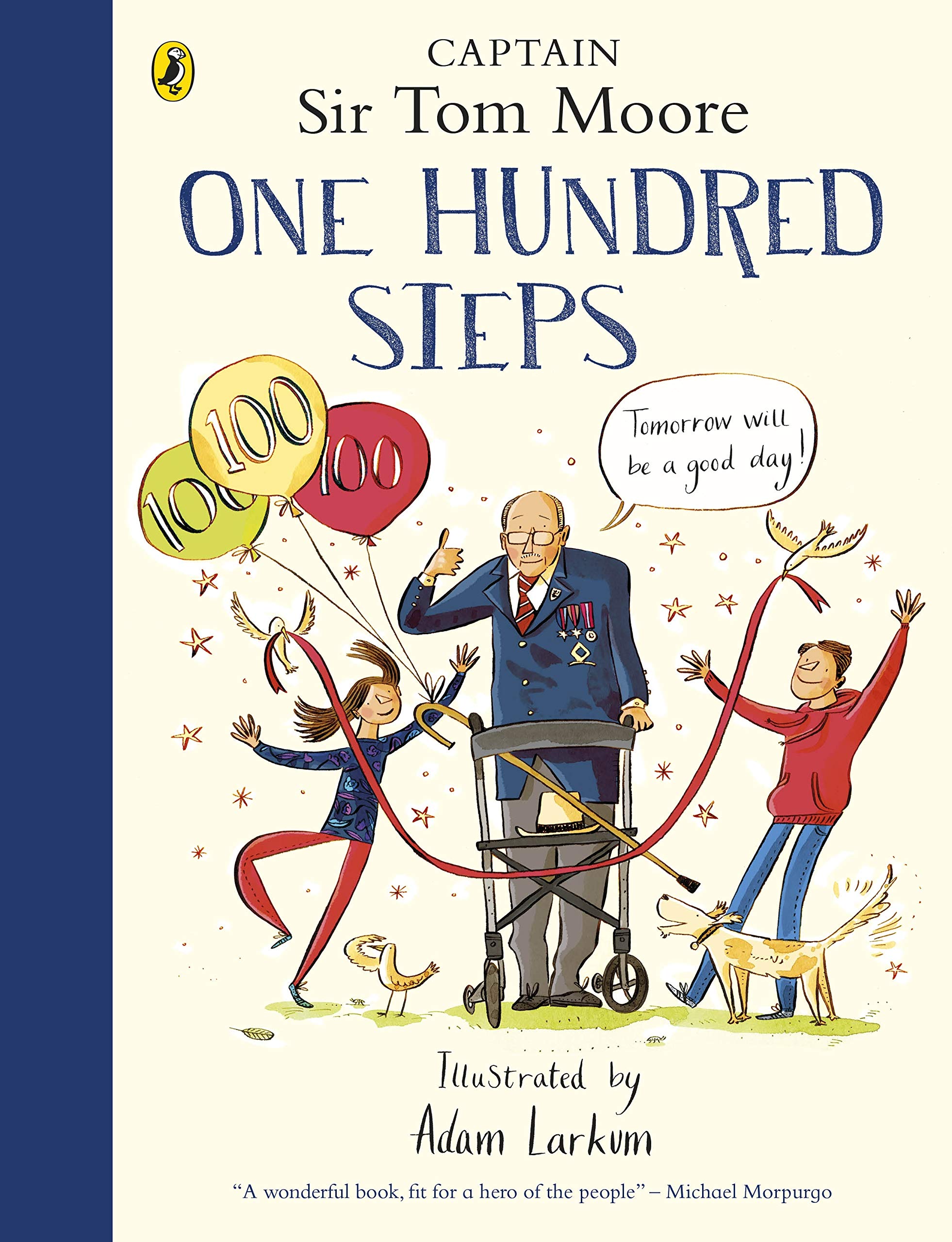 What other Captain Tom Moore books are there?

There is also One Hundred Steps: The Story Of Captain Sir Tom Moore.

Published by Penguin, this is a picture book with proceeds supporting the creation of the Captain Tom Foundation.

It tells the incredible story of the man who walked 100 laps of his garden, raising £38.9million for NHS staff welfare and capturing the heart of a nation.

Then there is Captain Tom Moore, another picture-led book from the critically acclaimed Little People, Big Dreams series.

How Captain Tom united the nation

April 2020 – Captain Tom Moore begins his fundraising effort to walk 100 laps of his garden before his 100th birthday with the aim of raising £1,000 for the NHS

April 15 – More than £7million is donated by over 340,000 supporters as celeb's praise his heroic effort

April 16 – Captain Tom completes his 100 laps and vows to keep going if people are donating. He receives support from the Prime Minister and Royal family for his incredible achievement

April 30 – The hero's fundraising page reaches £32million as he celebrates his 100th birthday. A military flypast honours his birthday milestone and he is made a honorary colonel

September – He signs a deal to film a biopic of his incredible life and writes bestselling autobiography, titled Tomorrow Will Be A Good Day

January 31, 2021 – His family reveal he has been admitted to hospital with pneumonia and Covid