At least 750 people under the age of 50 have died from coronavirus, dispelling the myth that only the old and vulnerable are at severe risk, it has been revealed.

According to data compiled by The Washington Post, 759 people under the age of 50 have died from the virus and the true number may be far higher.

The Post cites information from several states, but notes that data is not available for them all.

In New York, the epicenter in the US, the numbers are frightening; 33 people in their 20s, 118 in their 30s and 265 in their forties have all died from the virus.

While many had pre-existing conditions such as diabetes or high blood pressure, a third did not.

The percentage of under 50s deaths varies by state. 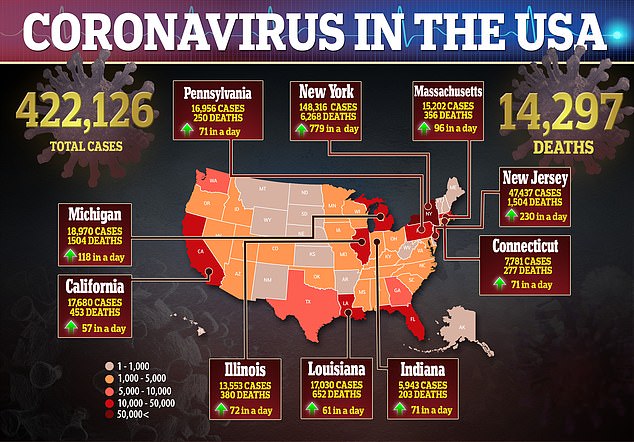 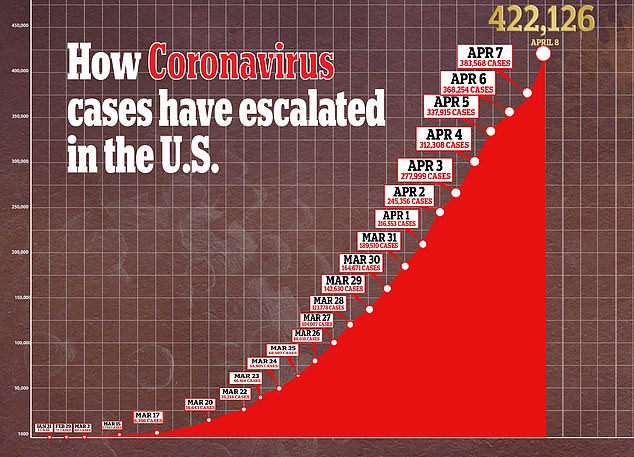 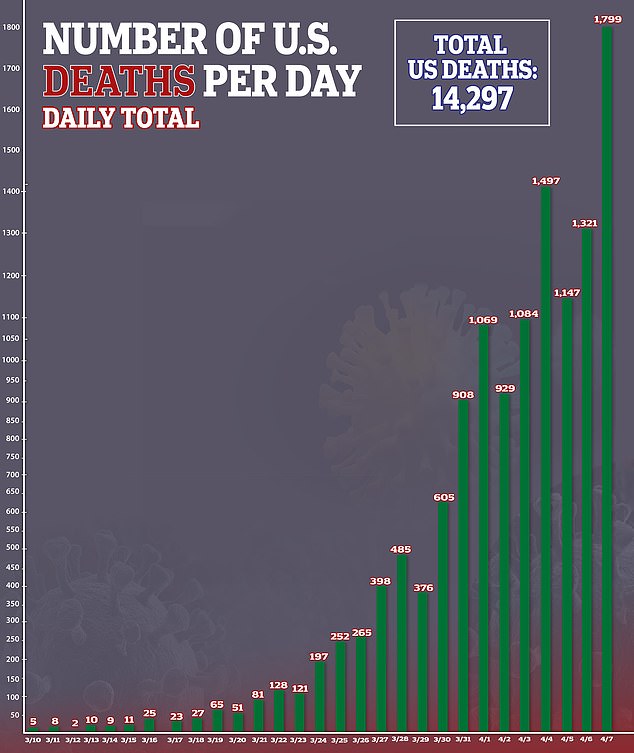 In Massachusetts, 0.8 percent of all deaths were people under the age of 50. In Louisiana, the number was eight percent and in Illinois, it was nine percent.

Doctors told the Post that the reality of what they see on the front-line is something far more unpredictable than what information from other countries suggested.

‘This is nothing like we had predicted based on the data from these other countries.

‘Young people who are otherwise fit can tolerate this longer, but at the expense of their heart and their pulmonary functions

‘When they do deteriorate, they do so much more dramatically,’ Shawn Evans, a doctor at Scripps Memorial Hospital in La Jolla, California, said.

‘A very fit 30-year-old triathlete is just as vulnerable as a chess-playing, 45-year-old who gets no exercise. We just don’t know who it is that this virus carries the master key to.

‘Just because they are young doesn’t mean they aren’t vulnerable. Nobody knows what immune protection they have at any given moment,’ he said.

One scientist says it may be down to a person’s DNA whether or not they are reasonably protected from the virus.

He found that in 2015, a toddler that had suffered influenza had a gene mutation relating to a protein which provides immunity.

Now, he is studying coronavirus patients from all over the world to determine if they have any gene mutations.

New data has suggested that the death toll across America will be around 60,000 by the time the pandemic is over. 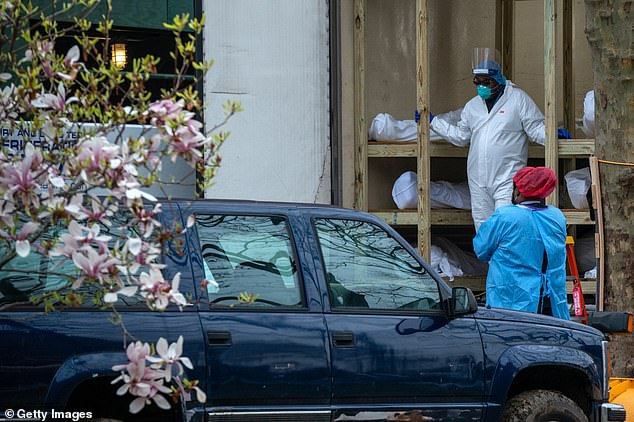 Hosptial workers at the Kingsbrook Jewish Medical Center in Brooklyn, New York City, on Wednesday as cases continued to soar

The data, by the University of Washington School of Medicine, also suggests that the peak will hit America on April 12 – sooner than the previous estimate of April 16.

There are several drug trial therapies underway and there are ongoing efforts to develop an antibody test that will determine if a person has had the virus, and whether or not they can go to back to work.

If they have recovered from it on their own, they will likely have anti-bodies that prove it and which will clear them for re-entering society if and when it is up and running again.

Coronavirus death toll estimate is lowered from 82,000 to 60,000 and the peak day for death is brought forward to April 12 where more than 2,200 Americans are predicted to die in 24 hours, new data shows

The estimated death toll from the coronavirus pandemic in the United States has been lowered from 82,000 to 60,000 after new projections scaled back the number of fatalities over the next four months by 26 percent.

The updated projections has also brought forward the peak day of deaths to April 12 where an estimated 2,212 deaths are expected to occur over 24 hours.

The new estimates were released on Wednesday by forecasters at the University of Washington’s Institute for Health Metrics and Evaluation – a model often cited by the White House coronavirus task force.

The projected downward revision in the death toll coincides with comments from health officials and political leaders that cases may have reached a plateau in certain cities.

The updated projections has also brought forward the peak day of deaths to April 12 where an estimated 2,212 deaths are expected to occur over 24 hours, new data shows 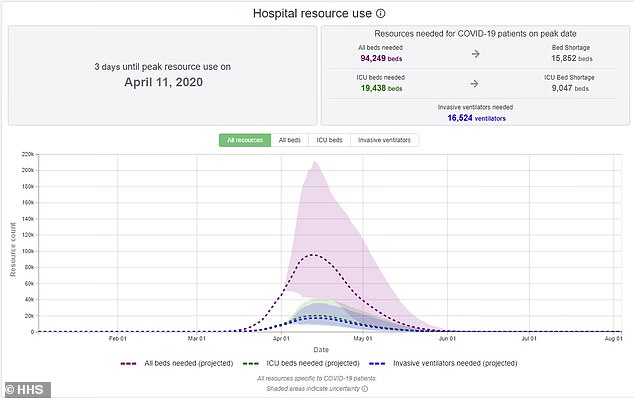 Peak resource use for hospitals is predicted to occur on April 11 – the day before the peak death toll – where an estimated 94,000 beds, 19,000 ICU beds and 16,500 ventilators will be needed

Those assessments in recent days, including an apparent leveling out in hospitalizations in New York state, which is the US epicenter of the pandemic, are tempered by a persistent climb in the death toll.

More than 1,900 Americans died over 24 hours on Tuesday, bringing the total to nearly 13,000. There are now more than 400,000 confirmed coronavirus infections across the country.

The Institute for Health Metrics and Evaluation model is one of several that the White House coronavirus task force has cited.

Its most recent update now projects there will be just over 60,000 deaths by August 4, which is down from the nearly 82,000 fatalities is had forecast on Tuesday.

US health officials have previously estimated that between 100,000 to 240,000 Americans could die.