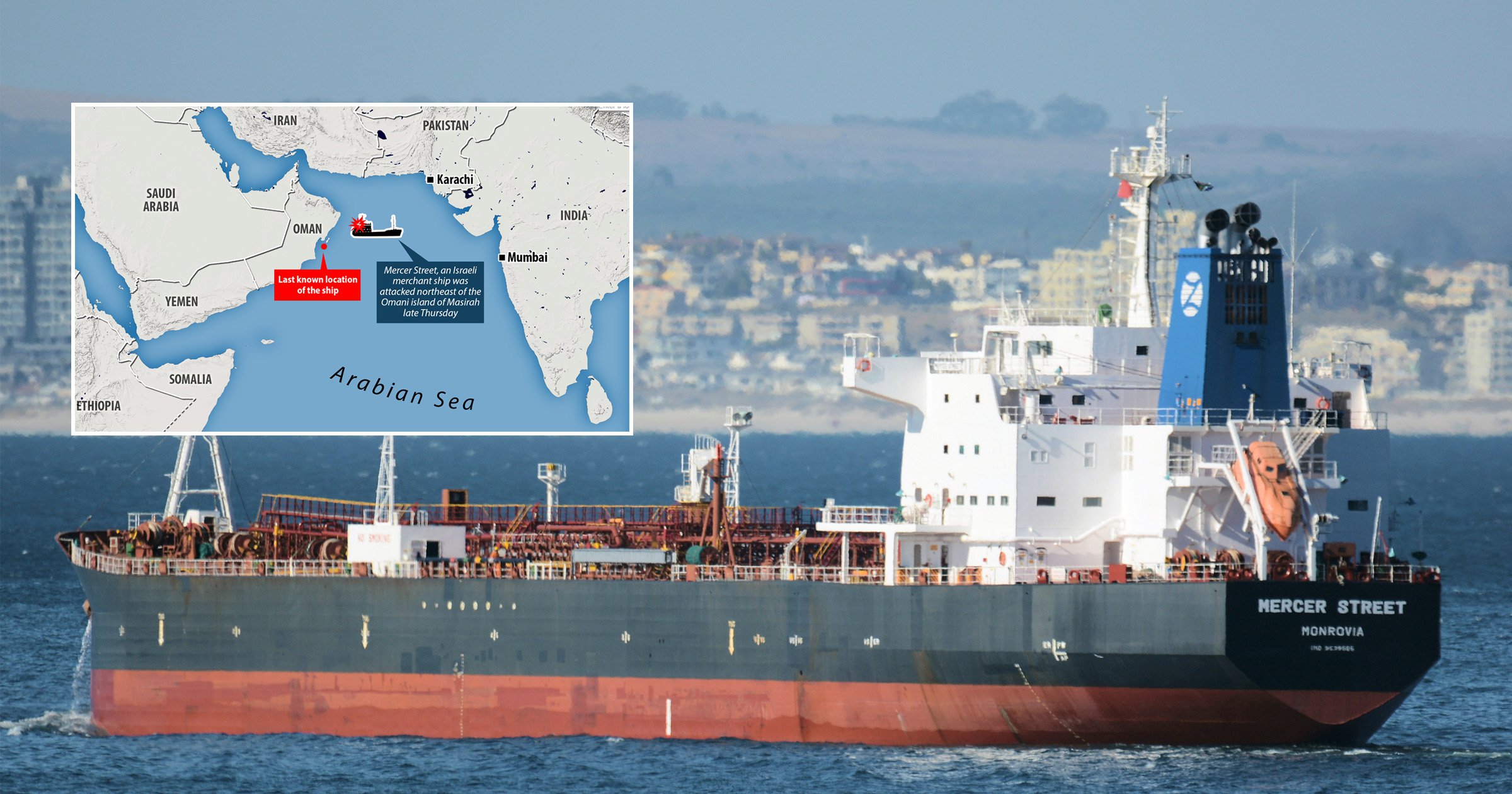 A crew member from the UK has been killed in an attack on an oil tanker off Oman as a ‘shadow war’ between Israel and Iran continues to rage.

The firm managing the vessel has said the worker was among two who died in the attack.

The oil tanker reportedly has ties to an Israeli billionaire and was damaged in an assault off the coast of Oman in the Arabian Sea, authorities said Friday.

Few details about the nature of the attack have emerged and a culprit has not been firmly identified public, although authorities have ruled out piracy.

But it comes amid heightened tensions between Israel and Iran, as negotiations remain stalled over Tehran’s nuclear deal with world powers.

According to the Associated Press, other Israel-linked ships have been targeted in recent months amid tensions between the two nations, with Israeli officials blaming the Islamic Republic for the assaults.

Iran has in turn accused Israel of having a hand in a series of major attacks targeting Iran’s nuclear program.

A spokesperson for Zodiac Maritime, which manages the ship, confirmed the deaths.

A statement read: ‘With profound sadness, we understand the incident onboard the M/T Mercer Street on July 29, 2021, has resulted in the deaths of two crew members on-board – a Romanian innovational and a UK national.

‘We are not are of harm to any other personnel.

‘Our primary concern remains the safety and wellbeing of everyone onboard and all those affected by the situation.

‘Details of the incident are still being established and an investigation into the incident is current underway.

‘We continue to work closely with the [United Kingdom Maritime Trade Operations] and other relevant authorities. We have no additional details to share at this time.’

A brief initial statement from the British officials said an investigation has been launched but it did not elaborate other than saying it suspected the attack did not involve piracy.

Tensions in the region are running high over efforts to revive a deal to curb Iran’s nuclear ambitions.

Negotiations over restoring the accord, which was signed under Barack Obama but scrapped by Donald Trump, have stalled in Vienna.

Since the US unilaterally withdrew America from the accord in 2018, there have been a series of ship attacks in the region suspected to have been carried out by Tehran.