The heartbroken father of twin babies drowned by their mother has demanded his killer ex-wife attends their children’s inquest after it was revealed today she is not expected to give evidence.

Tragic toddlers Jake and Chloe Ford, both 23-months-old, were killed by their mother Samantha Ford, 38, on Boxing Day 2018 at their home in Margate, Kent.

She was jailed for 10 years at the Old Bailey last August after admitting to manslaughter on the grounds of diminished responsibility, but the ‘miracle’ IVF tots’ inquests are still yet to be heard.

An hour-long pre-inquest review held today suggested Ford, who is being held at the Trevor Gibbens Unit in Maidstone, Kent until she is well enough to go to jail, will be shown the evidence from the inquest by transcripts and audio disks. 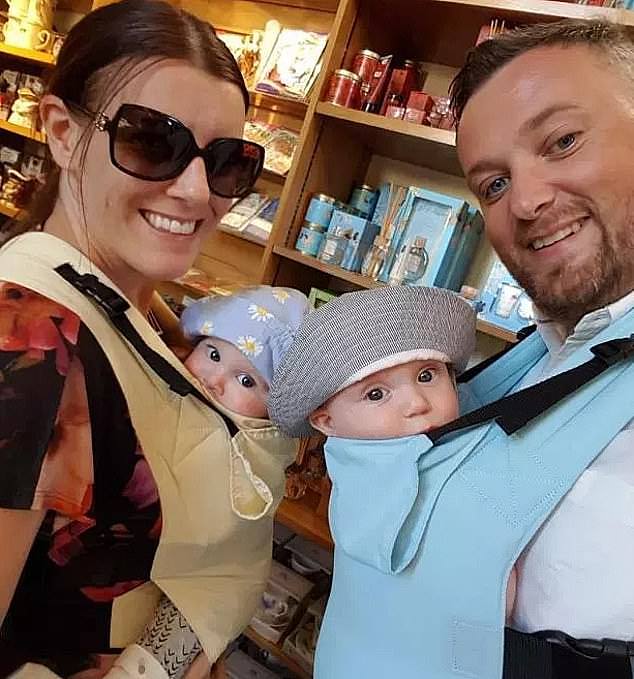 Steven Ford has demanded ex-wife Samantha, who drowned their twin babies, Jake and Chloe, all pictured, attend their inquests after it was revealed today she is not expected to give evidence

But former partner and father to Jake and Chloe, Steven Ford, who attended the hearing with his father, Robert Ford, told the hearing: ‘I think it’s important that Samantha is in attendance as an interested person whether that is in person or via video link.

‘I think it is of upmost importance that she is brought forward to give evidence.’

On whether or not Ford would attend, her legal representative Brenda Campbell QC of Garden Court Chambers, said her client should not give evidence, submissions or a statement.

‘She may be given evidence on disks or transcripts. We will be in a position at the next hearing to give a definitive answer to that.’

Coroner Christopher Sutton-Mattocks said the inquest would require a secure court if Ford was to attend as despite being listed as an interested person, she is a serving prisoner. 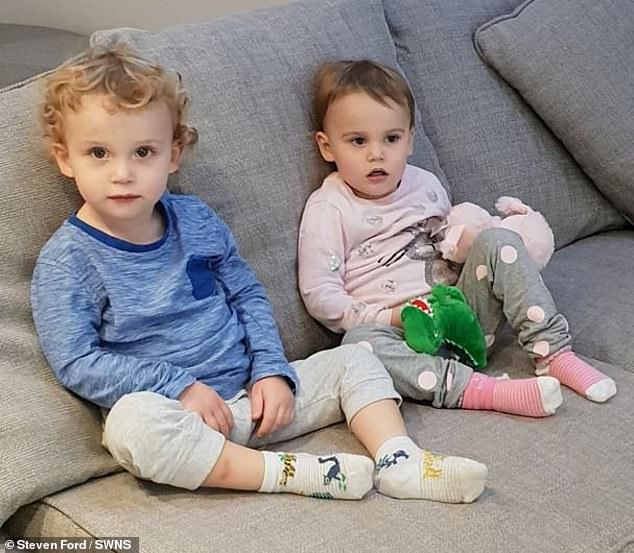 Jake and Chloe Ford, pictured, were tragically killed by their mother on Boxing Day 2018 in Margate, Kent

He listed a number of interested persons in the case including the Kent and Medway NHS Partnership Trust, IC24 who provide NHS 111 call services in East Kent and Charing Surgery near Ashford.

While none of Ford’s family were made interested persons, Steven’s father Robert, step-mother Tracey Ford, mother Janet Kemp and step father David Kemp were all listed.

Kent Child Safeguarding were not made an interested person due to their report being formed from evidence supplied by other bodies and their final determination available as a public document once published.

The coroner said another pre-inquest review will be held in two months time between the end of April and early May to establish the ‘scope’ of the inquest.

This is to allow interested persons to give submissions and allow Steven to find legal aid.

The 36-year-old has made ‘initial contact with several people who are specialists in this area’ but admitted ‘if I can’t obtain legal aid then I’ll have to represent myself’. 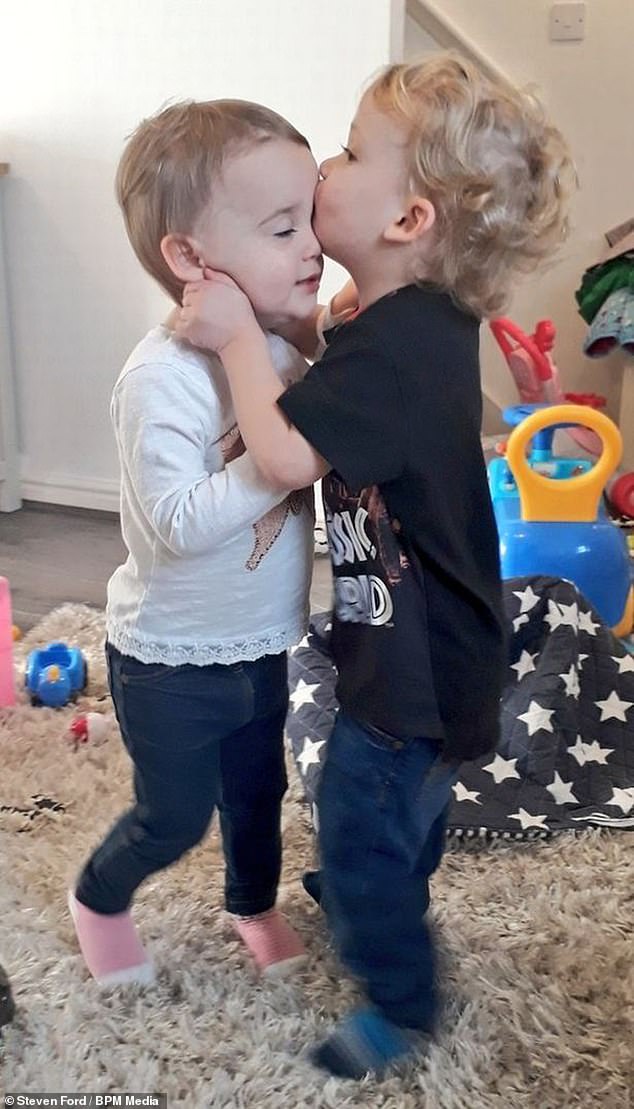 An hour-long pre-inquest review into the death of the twins, described as ‘miracle’ IVF babies, was held today

Steven, of Charing, near Ashford, Kent, had previously blasted the coroner’s court for ‘denying’ him closure regarding communication about a potential inquest date.

He tweeted: ‘Over a year since the murder of my children and I’m still being denied closure! When will @Kent-cc coroners office communicate with me regarding the inquest date.

‘I’ve heard nothing from you at all. No calls, emails or letters. Absolutely nothing.’

A previous pre-inquest review into Jake and Chloe’s deaths was held in September last year at Canterbury Magistrates’ Court, but assistant coroner James Dillon said he needed further information from both parents and medical professionals before the full inquest.

After drowning her children, Ford tried to kill herself in a 100mph crash, slamming her Ford Galaxy into the back of a lorry. 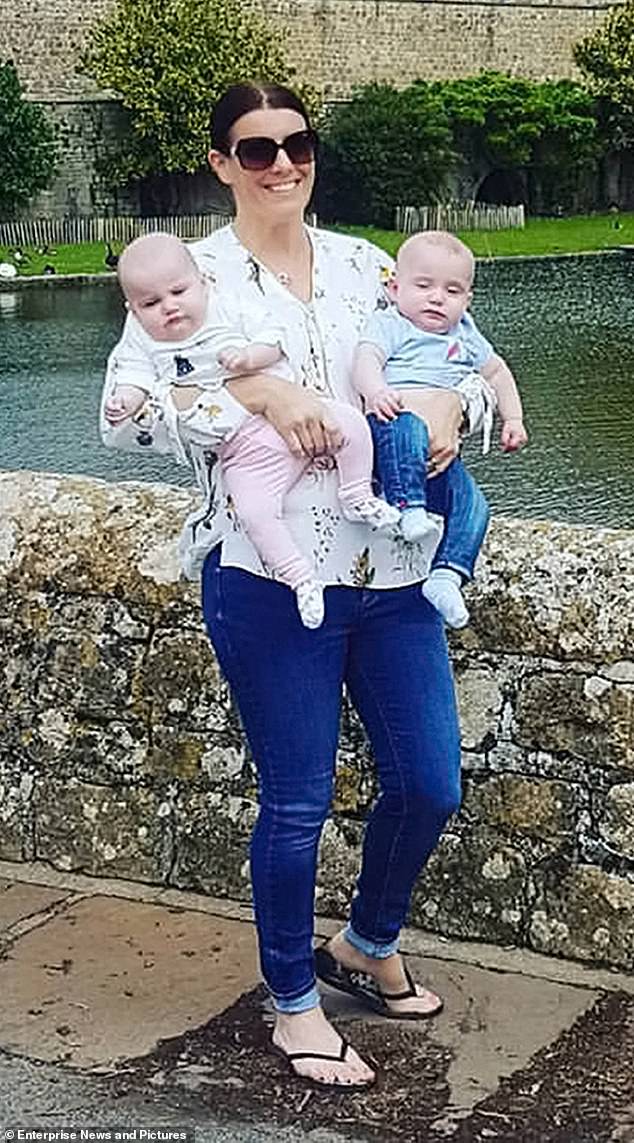 The killer, pictured with Jake and Chloe, is being held at the Trevor Gibbens Unit in Maidstone, Kent until she is well enough to go to jail

She and Steven had spent the first 10 years of their marriage living in Qatar, and their children were born by IVF while living there.

But their relationship turned sour after they returned to the UK in early 2018.

She fumed about having to live in a ‘s***hole’ in Margate while bringing up Jake and Chloe.

Ford was angry at leaving her affluent lifestyle in the Middle East and was said to be trying to pressure Steven into returning to Qatar – leading to their split in November 2018.

In November, Ford managed to send a letter to Steven’s mum blaming Steven for the deaths of Jake and Chloe.

The last time Steven saw his children was on Christmas Day 2018 – before he took them to spend the night with Ford.

Steven previously lodged a complaint against Ford’s sentence in a bid to get it increased, but after a review by the Attorney General’s office, it was decided the case would not be heard at the Court of Appeal.