Skip to content
HomeWorld NewsDeshaun Watson decides to play for Cleveland Browns, who offered most guaranteed money in NFL history

Deshaun Watson has decided to play for the Cleveland Browns and will waive his no-trade clause to get a deal done, a league source confirmed to Yahoo Sports.

The compensation will include three first-round picks and two additional picks.

The Browns will give Watson a deal for five years and $230 million fully guaranteed, the highest guaranteed money sum in NFL history.

#Browns came from being totally out of the running for Watson to back in with a willingness to commit to his next 5 seasons of salary. That completely changed the landscape. It always felt like it was going to take an all-in move for Cleveland from the start. So they went for it

Watson ultimately chose to waive his no trade clause for the Browns this week, after meetings with multiple trade suitors and the Houston Texans working out a trade package. The deal ends a yearlong standoff between Watson and the Texans, after he requested a trade in January of 2021 and then didn’t play in a single game last season.

Watson will now start fresh on the football field, but with his civil suit litigation still in tow as of this week. He remains engaged in 22 civil suits alleging an array of sexual misconduct or assault against the quarterback. Watson began his portion of depositions in those suits last week. A grand jury ultimately declined to indict Watson on criminal charges that were tied to complaints from multiple women in the civil suits. That lack of a criminal indictment opened the door for a trade this week, with multiple teams making offers to the Texans prior to today’s deal.

His legal issues aside, Watson is still roundly viewed as a top five NFL quarterback by teams — a reality that fueled this week’s trade pursuits despite the civil allegations still pending against him. The No. 12 pick in the 2017 draft, Watson has been to three Pro Bowls and completed 67.8 percent of his passes for 14,539 yards and 104 touchdowns with just 36 interceptions. He’s under contract through the end of the 2025 season, with the four-year extension he signed in September 2020 at just under $30 million per year in annual base salary set to kick in this year.

This story will be updated. 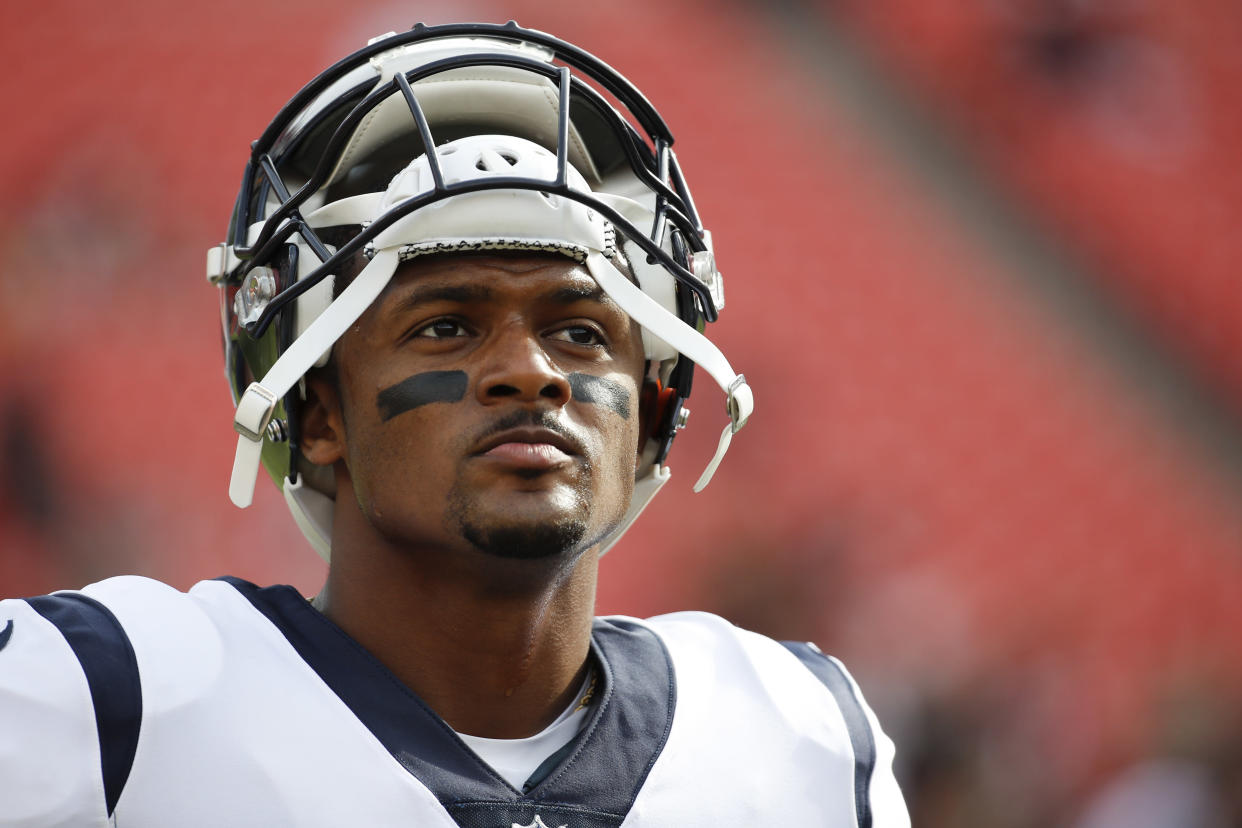