Donald Trump’s decision to include the UK in his Europe-wide travel ban in an effort to stem the spread of coronavirus could have huge consequences for the already beleaguered British Airways.

The airline’s CEO, Alex Cruz, told employees on Thursday that its survival was at stake and jobs will be lost.

He said the situation was more serious than 9/11, the global financial crisis and the Sars outbreak. 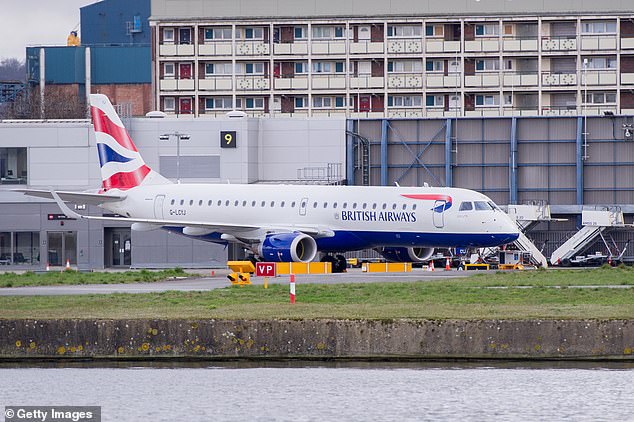 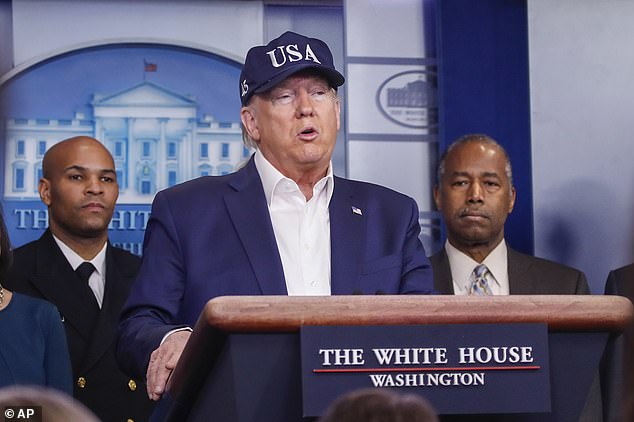 To make matters worse, Trump announced no flights would be travelling between Europe and the US.

It is a huge blow to BA who earn nearly $1.2billion a year just flying between New York JFK and London Heathrow.

The ban comes as Virgin Atlantic are writing a letter to Boris Johnson requesting £7.5billion in government aid to prop up the airline industry, Sky News reported.

A spokesperson for British Airways refused to comment on how the ban would affect business, but told MailOnline: ‘The focus is on our customers.’

But across social media, passengers who are desperately trying to return home amid the outbreak are venting their frustration at the airline. 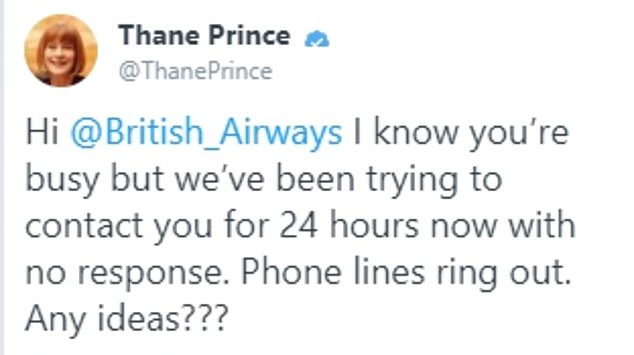 Many are saying they are having troubles with the website and are unsure if they will be able to board their flights, with the ban taking effect on Monday from 5pm GMT.

Hundreds of families and individual travellers were also seen waiting in long lines at Heathrow’s Terminal 5 this morning to check in alongside their luggage for British Airways flights to the US.

British Airways have directed their customers towards the ‘book with confidence’ section of their website.

Customers who are booked to fly with the airline between March 14 and May 31 can cancel their booking and receive a voucher for the same value. 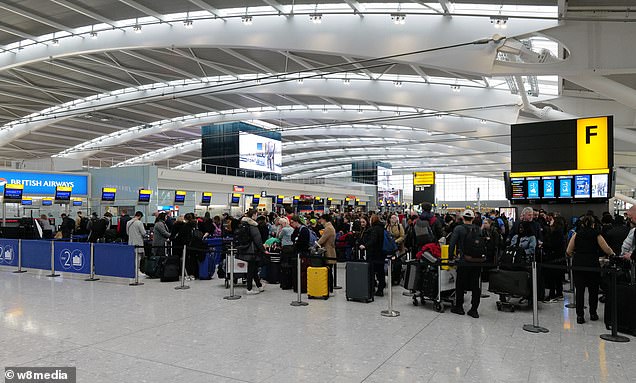 Passengers are frantically queuing to get back to the US before President Donald Trump bans flights from the UK in the latest efforts to stop the spread of coronavirus. Pictured: Queues at Heathrow Terminal 5

American nationals will be able to return to the US, but will be funelled to 13 designated airports where they will be screened for COVID-19.

Those with green cards or other visa guarantees are allowed to return, and will also undergo testing.

Everyone travelling from Britain who does not hold US citizenship or residency will be banned from entering American soil from midnight, US eastern time, on Monday.

The airline’s website says: ‘Vouchers are valid for 12 months and can be used to any destination.

‘Your voucher can be used as part payment towards a future booking to any destination. It must be redeemed for travel on flights taken within 12 months of your original date of departure.’

The President had initially excluded the UK and Ireland from the European ban of 26 countries, but added it to the blacklist this afternoon as infection rates soared overnight.

Under the restrictions, American citizens and green card holders are still allowed to return home, but will be funnelled to 13 airports and subjected to health screenings and quarantine orders.

Coronavirus is threatening to destabilise many industries as the global pandemic takes hold.

Half a million seasonal jobs in UK holiday parks, hotels and tourist areas have already been ‘frozen’, and ‘hundreds of thousands’ more are at risk due to a cash crunch for UK bars, cafes and restaurants.

Alistair Darling, who was Chancellor during the 2008 financial crisis, said the Government must consider massive bailouts for airlines and other firms hit by the deadly virus.