TWO brothers may have got an icy reception from the Dragons' Den millionaires – but their ice cream business is now worth a cool £86million.

And despite failing to wow the judges with their healthy alternative, Harry and Charlie Thuillier now count tennis sensation Andy Murray among their investors. 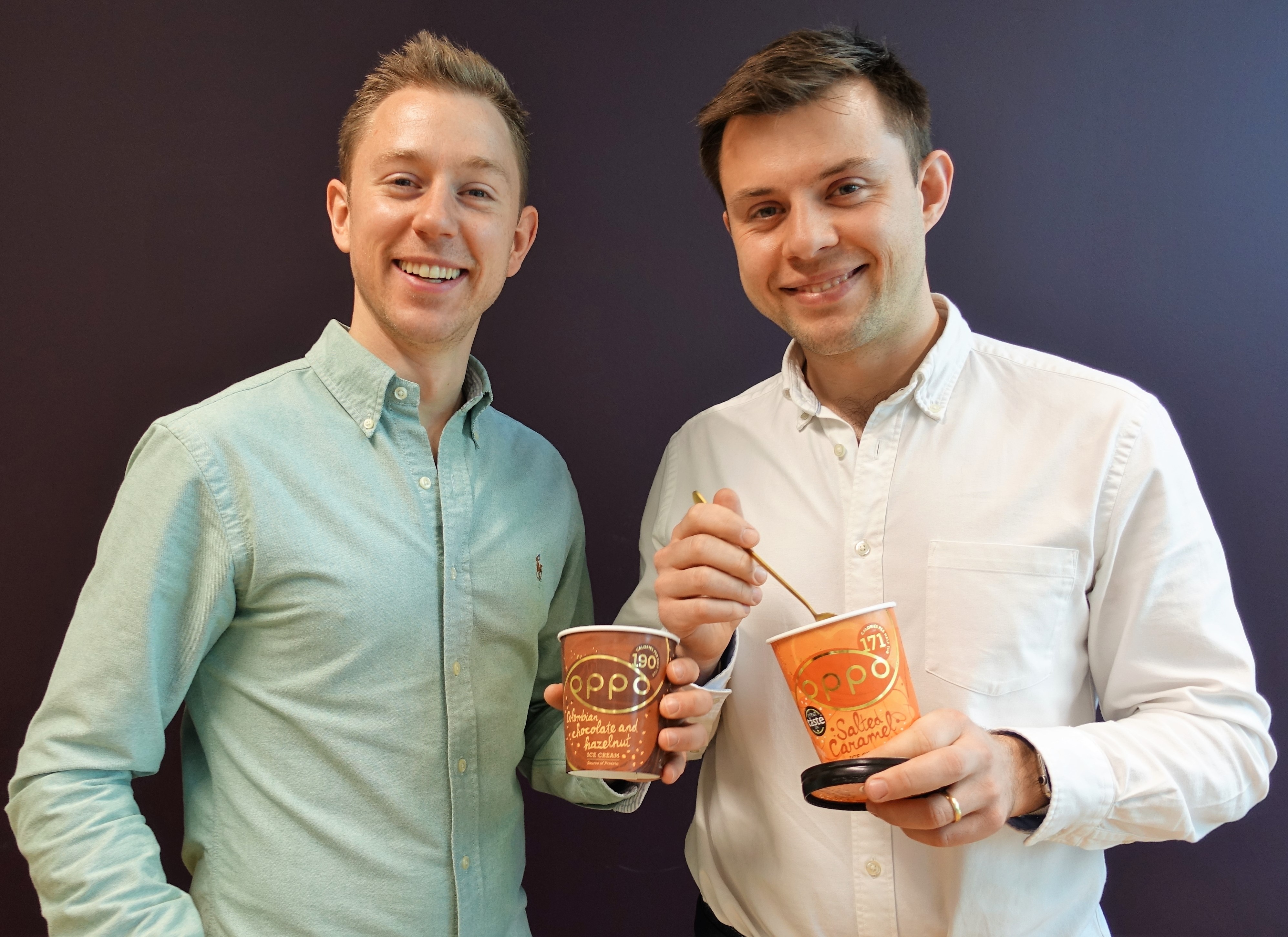 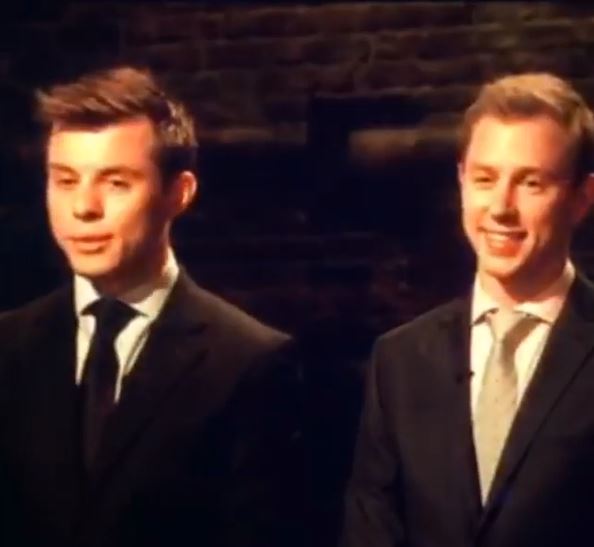 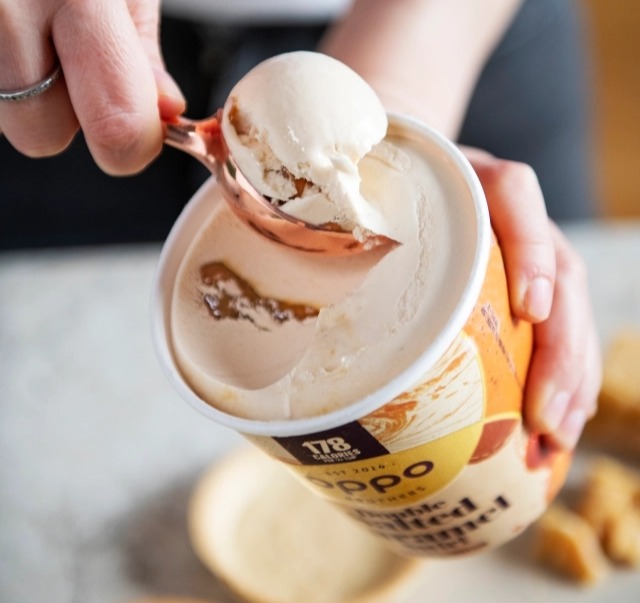 The duo had hoped to secure £60,000 in exchange for a seven per cent stake in their ice cream business Oppo when they appeared on the BBC show in 2015.

However, the Dragons froze them out – with money man Peter Jones going as far as saying that low calorie ice cream with 60 per cent less sugar was "about as useful as mudguards on a tortoise".

The lads walked away empty handed, but the entrepreneurs have had the last laugh as Oppo has since increased in value more than 100 times to an estimated £85.7m.

And retail businessman Touker Suleyman, who shot down the company during the episode six years ago, even came crawling back with his tail between his legs wanting a scoop of the action.

Charlie, 32, said: "It wasn’t all rosy. Unfortunately we didn’t receive an offer as the Dragons thought Oppo would face too many hurdles in reaching the mass market and wouldn’t make money.

"Peter Jones even told us healthier ice cream was about as useful as mudguards on a tortoise. We struggled not to laugh.

"Even though we had other investment, we would have liked an offer of course.

"In many ways the Dragons were right, selling to supermarkets is very difficult and would have been a very risky investment for them – but they just couldn't see we had the kind of resilience to ride the rollercoaster."

Tributes to 'amazing' young dad, 26, knifed to death at pub on Boxing Day

CHIP OFF THE OLD BECK

Harry and Charlie founded Oppo in 2014 after two years of experimenting with healthier ice cream combinations in the kitchen.

After thousands of attempts, Charlie eventually found a recipe which tasted just as good as the real thing.

A year later, after a 12-minute segment on the hit BBC show, Oppo was trending on Google UK as the most searched for term, and shops sold out of the ice cream immediately.

A successful crowdfunding campaign then saw Oppo become the fastest food and drink company to reach its target on Seedrs, and big names started calling.

"Touker’s team were in touch a couple of times in 2017/18 but we didn’t meet with them as we weren’t in a position to accept investment at that time," Charlie, who lives in Wandsworth, south west London, said.

"But we did receive investment from Andy Murray, as well as 958 other investors.

"The majority of those sold their shares in 2019 for 6.4 times their original investment."

'WE STRUGGLED NOT TO LAUGH'

Charlie and Harry, 35, put Oppo's success simply down to its great-tasting products, which have won four Great Taste Awards.

He said: "We benchmark our taste against the leading premium brands of regular ice cream, and all our flavours either match or even come out on top in independently researched blind taste tests, while being 1,000 less calories a tub and using natural ingredients.

"Ladling piles of sugar and fat into ice cream is lazy recipe formulation and we’re on a mission to show that you don’t need to give someone diabetes in order for them to enjoy a real treat.

"There’s a lot to like about that, but it wasn’t an overnight success so we don’t blame the Dragons for not taking the risk back then."

Oppo is stocked in almost every major supermarket in 10 countries across Europe.

This includes Morrisons, Sainsburys, Tesco, Ocado, Waitrose, Harrods, Booths and Wholefoods in the UK – but Charlie is working on getting it out to even more Brits.

It wasn’t an overnight success so we don’t blame the Dragons for not taking the risk back then.

On top of its creamy treats, the company also aims to "continue doing good" by being carbon neutral by 2022, supporting charitable initiatives from cocoa plantations in Colombia to nursing homes and schools across the UK, and slashing calories from British diets.

"We are working hard to get feel good indulgence to as many people across the globe as possible," Charlie said.

"We have already removed five billion calories from consumers' diets, or 600,000kg of fat, since we launched based on consumers choosing eating Oppo vs the regular high sugar alternative."

Following in the footsteps of the Thuillier brothers was Alessandro Savelli, who appeared on Dragons' Den in 2018.

The pasta prodigy poured his heart out in his pitch but the millionaires turned down his Italian business idea, blasting his finances as "ridiculous".

However, just a few years later and Alessandro "massively proved the Dragons wrong" after his meal-making business Pasta Evangelists sold for a whopping £40million. 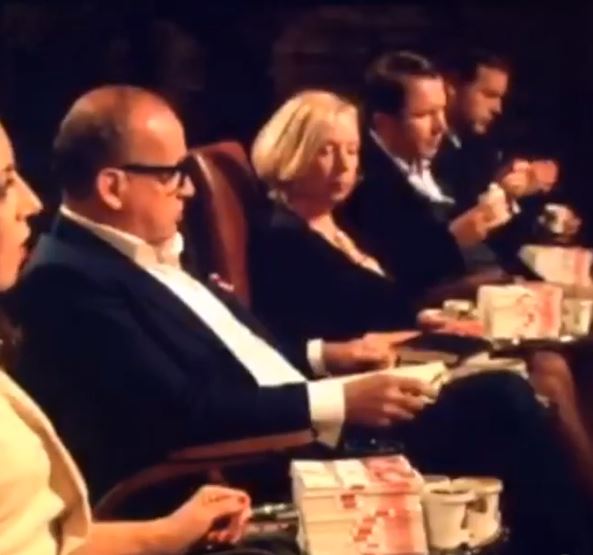 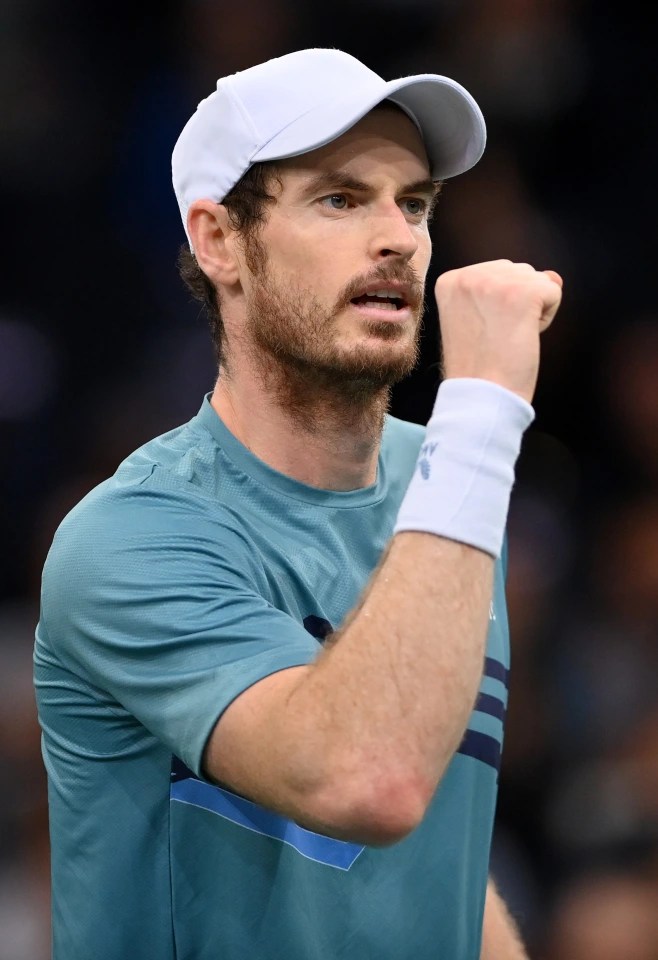 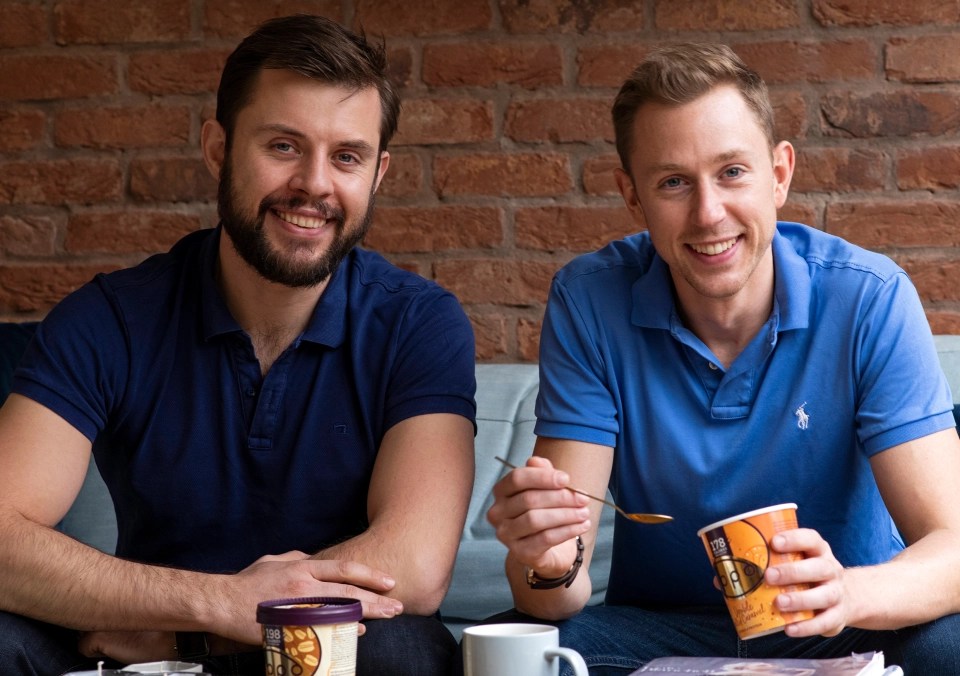 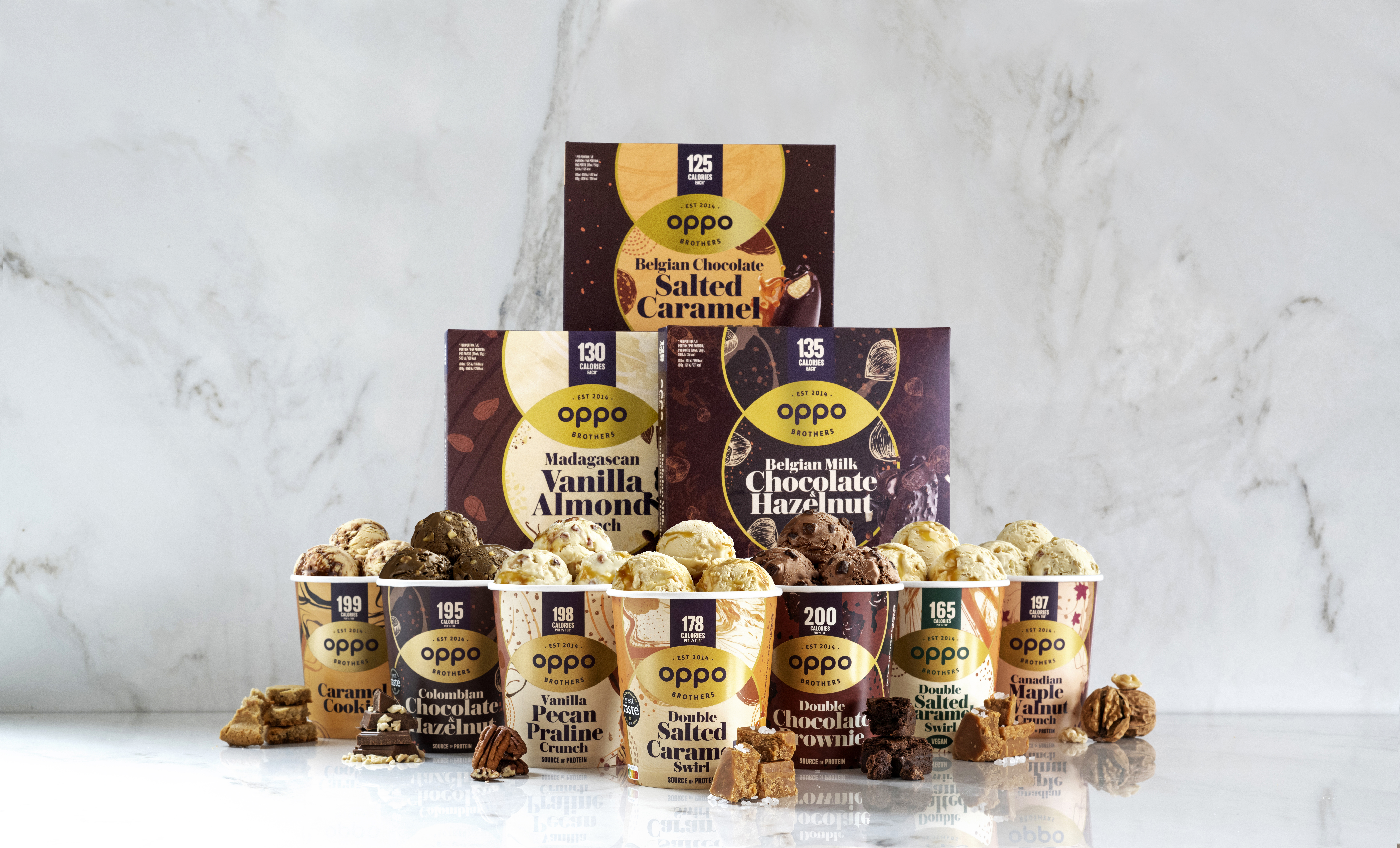 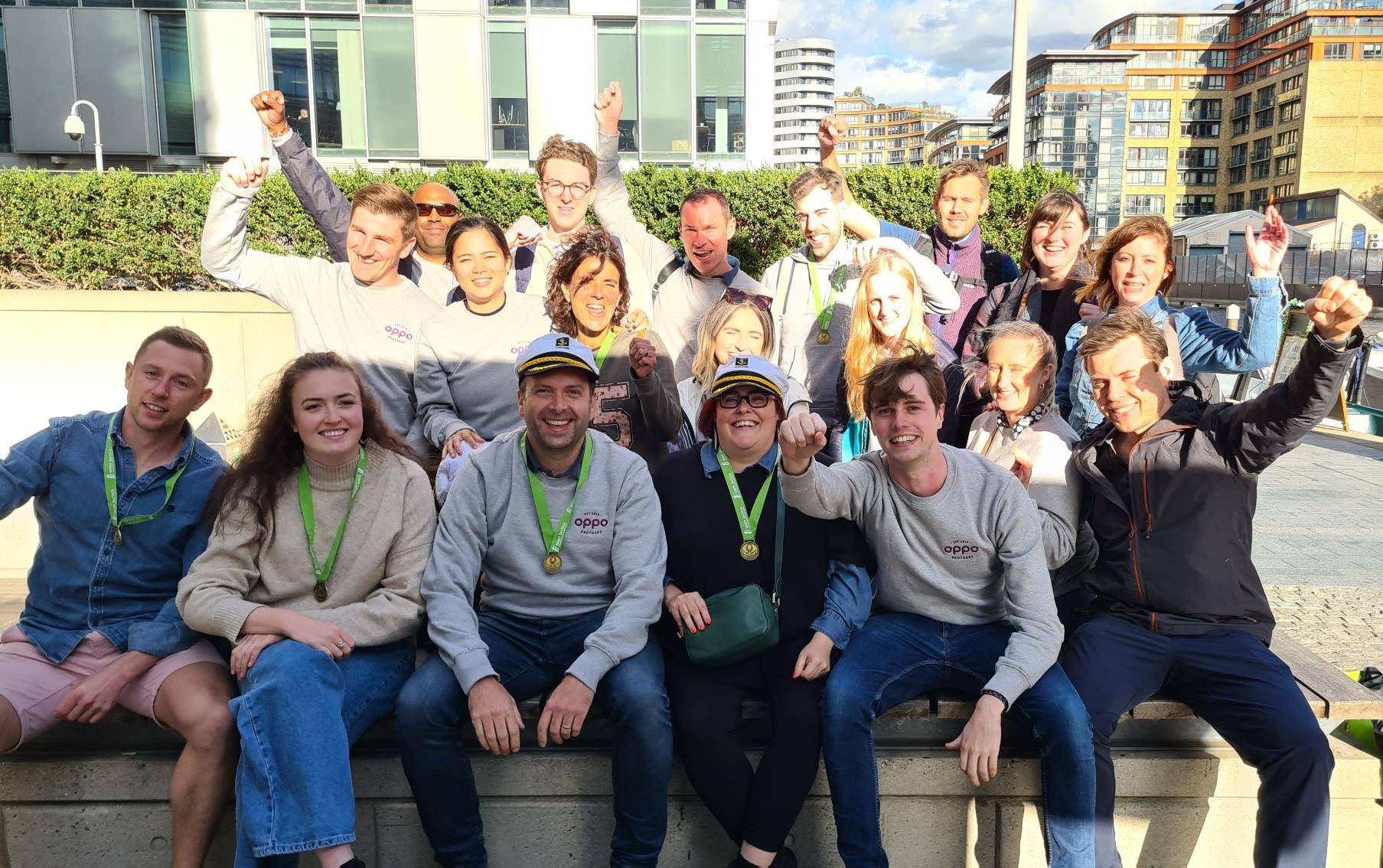